Soccer Betting News
Liverpool’s new boss Jurgen Klopp is targeting to end his frustrating winless run at Liverpool–since replacing Brendan Rodgers earlier this month—when the Reds host the struggling Bournemouth at Anfield on Wednesday. Given his three draws so far with no loss in the online soccer odds so far, there is an optimistic feeling around Anfield, with the Reds fans hopeful that Wednesday will deliver a first win in the Klopp era. As for FC Bournemouth, the hope is that they can turn their season around, having won none of their last four EPL games. After yesterday’s games delivered mega upsets for Chelsea and Arsenal, can Liverpool survive the onslaught from the Cherries? Find out in the succinct online betting preview below.

#LFC battle AFC Bournemouth for a Capital One Cup quarter-final berth at 7.45pm GMT – where will you be watching? pic.twitter.com/pCJrQA7M6e

Liverpool continue their gradual evolution under Klopp, with the team improving their high press when defending, while making better use of width when attacking. However, the results have been more-or-less the same as under the previous regime, with the Reds drawing all their last five games, including Rodger’s final two games at the club.The German has faith in his squad, he is eager to improve their game management and root out an element of fear that he believes engulfs his team whenever they take to the field. 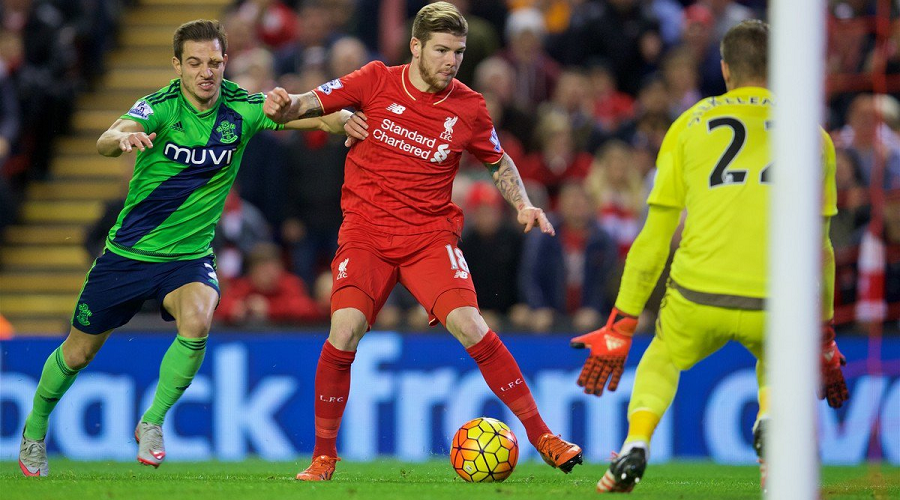 Interestingly, though, Liverpool are unbeaten in their last nine games in all competitions, eight of those games being draws, including 5 of the last 6 Liverpool’s home games. Even more strangely, all the draws have ended in the same 1-1 score line and the Sunday’s EPL game against Southampton was not different, also ending in a 1-1 stalemate. 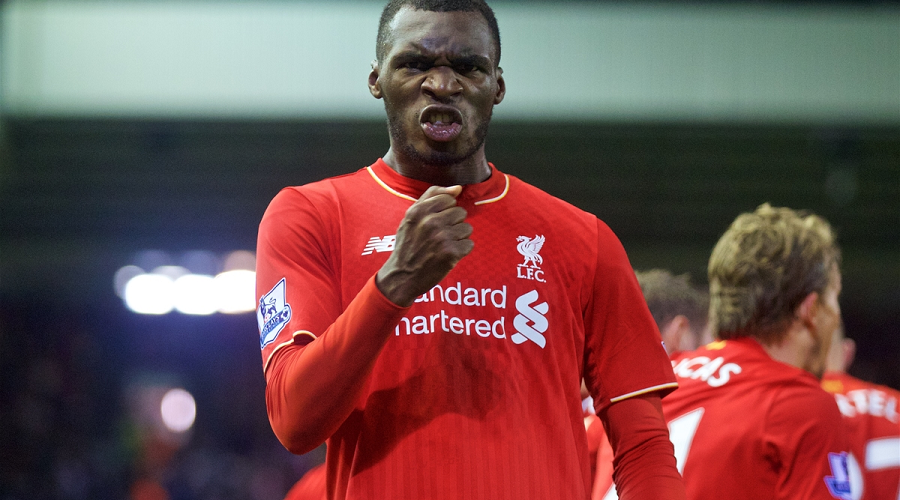 For Wednesday’s clash, the Reds will be short upfront as both Daniel Sturridge and Danny Ings are nursing injuries, with Jordan Rossiter (hamstring) and Jordan Henderson (metatarsal fracture) also remaining as longtime absentees for the Reds. Still, Benteke, Coutinho and Firminho are among the players who could be able to fill in well in the offense. After having to overcome League Two side Carlisle United 3-2 on penalties to make it to this round, a strong offense will be very essential in their quest for a victory. A win for the Reds will especially be important, as it will boost their momentum ahead of their weekend road clash with Chelsea on Saturday. 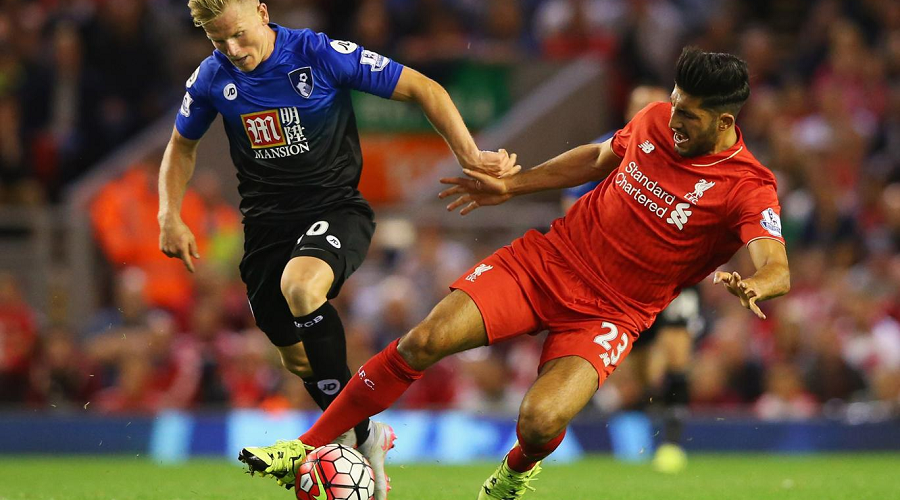 Conversely, for FC Bournemouth, this will be their second visit to Anfield in just over a month, after they were outdone the Reds in their last PL encounter. During that game, the Cherries were unfortunate to leave Anfield with nothing after Tommy Elphick’s goal was harshly disallowed, before Christian Benteke scored a controversial goal to give Liverpool a 1-0 win. This game will thus be a chance to right that wrong. It will, however, not be easy, as the Cherries are coming off one of their worst performance of the season, suffering a 1-5 humiliation in the Hands of Harry Kane and the ruthless Tottenham Hotspurs over the weekend in the EPL. 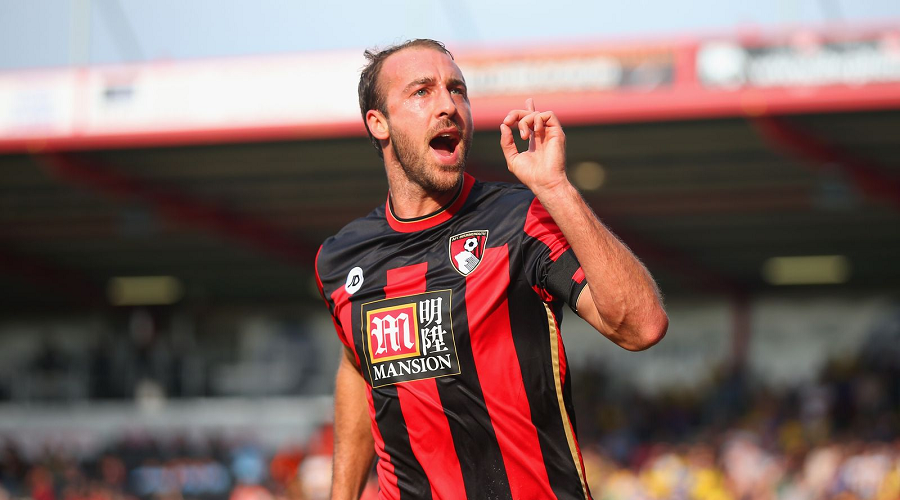 Nonetheless, Bournemouth has come through two away ties in the last couples of League Cup rounds against lower opposition to get to this point. Additionally, the Cherries did reach the quarterfinals last season. They were, however, beaten by Liverpool at home, so the theme of revenge is very strong up in the air in this matchup. 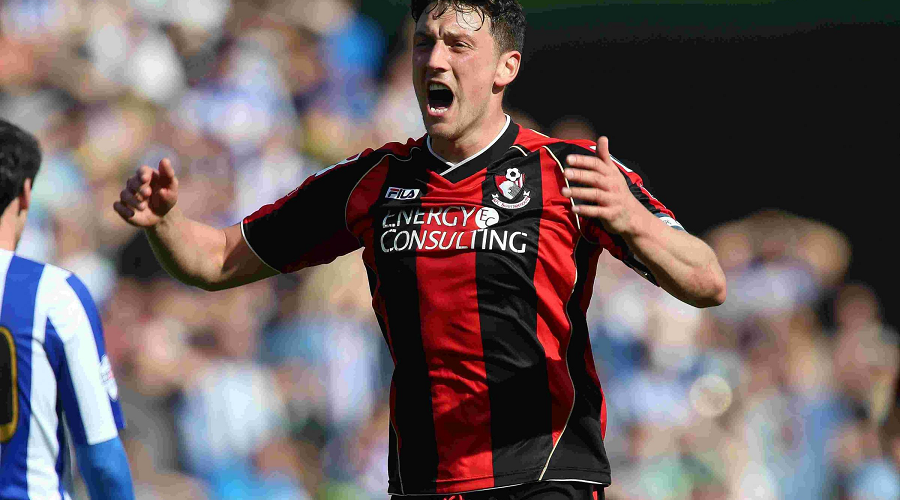 Injury-wise, Bournemouth certainly have their hands full, as summer signings Max Gradel and Tryon Mings are unlikely to feature today due to serious injuries, while the team’s leading goal scorer Callum Wilson is also out until April with knee ligament damage. Moreover, the club’s captain Tommy Elphick is another player set to be absent from the squad for around eight weeks after undergoing surgery on his ankle. This means that the Cherries will need to dig deep and give a hell of a game if they are to get revenge against Liverpool.Possible Starting LineupsForm GuideKey Betting TrendsLiverpool v Bournemouth Game PredictionAlthough Bournemouth may be struggling in the lower half of the table, they have managed to score at least a goal in their last four games, something that could continue against Liverpool’s not-so-solid defense that is yet to be perfected by Klopp. However, going by the strength of both squads, Liverpool has enough quality to finish off Wednesday’s opposition and book a place in the next phase of the tournament.Free Soccer Pick: Klopp lead the Reds to a 2-1 home win.
Older post
Newer post