NCAA Football Betting News
If it hadn’t been for that kickoff return — or those two awful coverage lapses by the Clemson defense — we would not be talking about the national champion Alabama Crimson Tide. Instead, we’d be talking about those 15-0 Tigers and how they shocked the nation.However, Clemson did suffer those gaffes on return coverage and defensive play, and so the 40 points they put up on Alabama were not enough, as Alabama was able to put up 45. Oddsmakers saw the Crimson Tide winning by 6.5 points or more, so that late Tiger touchdown was a welcome back door cover for a lot of college football betting fans.

Betting Odds for Alabama to Repeat as NCAAF National Champions

Now that the CFP championship is over, though, what are the chances that Alabama will repeat? According to the latest odds, they are 7:1 — better than any other team in the nation except Ohio State, who is also 7:1. It makes sense in a way, because seven of the last nine national championships have been won by teams coached by the Tide’s Nick Saban or Urban Meyer, currently at Ohio State.Obviously, Saban can’t take the field in play — and if the Tide are to repeat, he will have to fill a lot of holes. Three of the four starting linebackers for Alabama, including All-American Reggie Ragland, were seniors. Cornerback (and kick returner) Cyrus Jones is a senior. Strong safety Eddie Jackson might go to the NFL a year early, as could defensive end A’Shawn Robinson. Heisman Trophy winner Derrick Henry is likely to leave for the NFL after his junior season. Jake Coker will not be back to quarterback the offense.However, there are already replacements set to go. Blake Barnett is the leader among the competition to replace Coker. Tailback Bo Scarborough scampered for 104 yards as a true freshman. The offensive line returns intact and will be the team’s primary strength. Rising sophomore Calvin Ridley returns to lead a solid wide receiving corps. 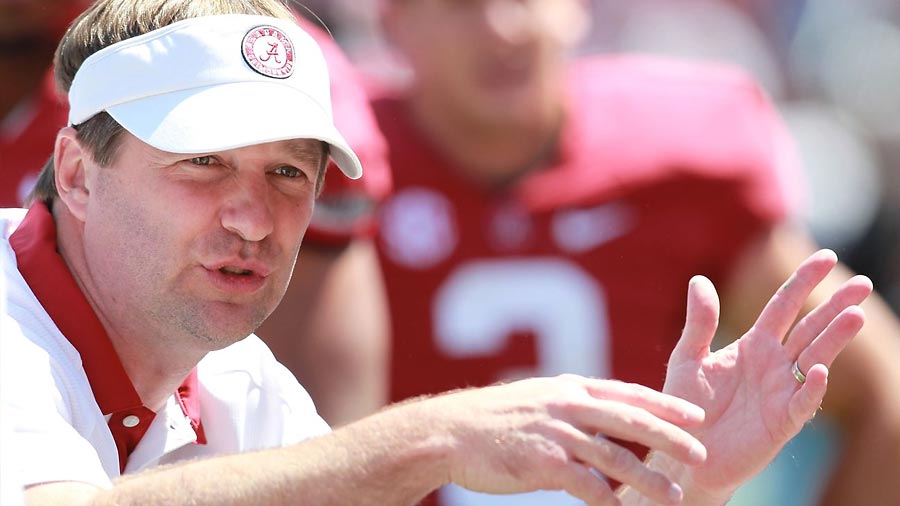 What about changes on the sidelines? Defensive coordinator Kirby Smart has left to take the head job at Georgia, and Jeremy Pruitt will take his place. Pruitt has a lot of familiarity with Saban’s system and has been a defensive coordinator in the past. The depth along the defensive line was significant this year, and there’s no reason to think that it won’t be again next year.One thing that Nick Saban has done is put a program in place that replicates success, year after year. As long as he stays at Alabama (there is talk that this fifth college title will vault him back to the NFL), you have to take the Crimson Tide seriously as a national championship contender.
Older post
Newer post