NCAA Football Betting News
We are now just a couple of days away from the National Championship game at the University of Phoenix Stadium in Glendale, AZ. The SEC Champion Alabama Crimson Tide will be squaring off against the ACC Champion Clemson Tigers. There are all kinds of different betting options available for this game, but the one we are going to focus on here is the point total, which has been set at 51 for Monday night. Let’s take a look at what both teams have done in the OVER/UNDER this season.

We’re off to Arizona! UA practied for two hours this morning before traveling to AZ #RTR https://t.co/arJJFXuG6a pic.twitter.com/Linl0gAVVI

The Alabama Crimson Tide and the OVER/UNDER

Alabama is a team that has found success this season by handing the ball off to Heisman winner Derrick Henry on a pretty consistent basis. He can tear off chunks of yardage with each carry, but the style of play often means that Alabama go on sustained drives that chew up time off the clock. The time of possession in the favor of the Crimson Tide is a big part of the reason why they only gave up an average of 14.4 points per game during the course of the season. The offense managed 34.1 PPG, which was obviously more than enough to get the job done on all but one occasion this season. The defense is going to have a tougher time keeping a very good Clemson Tigers offense at bay, especially if DeShaun Watson can find a way to figure out the Alabama front 7. The OVER has only come up in 5 Alabama games this season, but it’s worth noting that in the 6 games that Alabama played against ranked teams this season, the OVER hit 4 times. 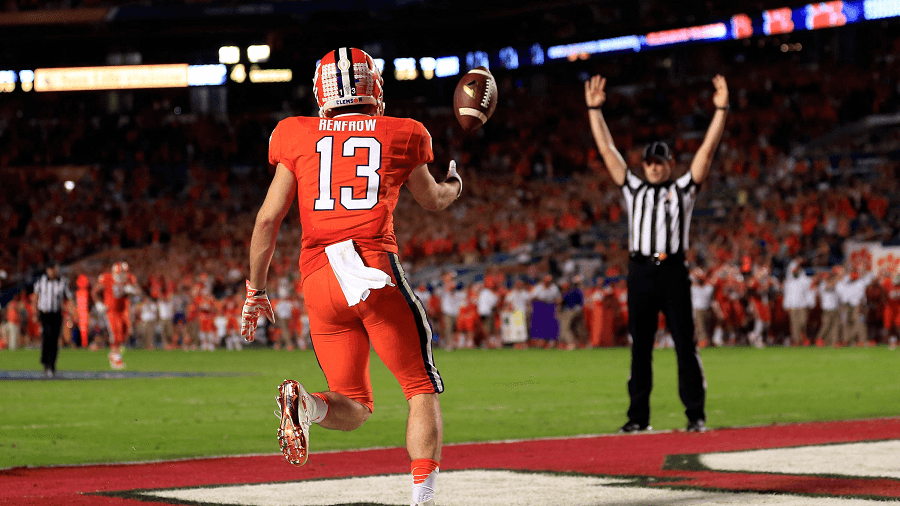 The Clemson Tigers and the OVER/UNDER

With an average of 38.5 PPG, the Clemson Tigers are just a little better offensively than Alabama, but you can also say that their strength of schedule was not quite as demanding as what the Crimson Tide had to face. Defensively, they are definitely not as tight, as they gave up an average of 20.2 PPG. They were involved in a number of high-scoring games this season, and they saw the OVER come up in 8 of their 14 games. The Tigers played 4 games against ranked opponents this season, with 3 of the point totals going UNDER in those match-ups. The key to Clemson putting points on the board is going to be their ability to get the run game going, which is not going to be easy against that Alabama D-line.

This is a game that I believe is going to be a whole lot closer than the 7-point spread in favor of Alabama, and it may even come down to who gets the ball last. I believe they will go very close to the 51-point mark, and that it will go slightly OVER.
Older post
Newer post