While it’s a virtual certainty that the Minnesota is going to fall to the third-ranked Ohio State Buckeyes when they square off in their Week 7 Big Ten battle on Saturday, the ‘real’ question that college football betting enthusiasts need to answer is whether or not the Golden Gophers can cover the chalk as huge, four-touchdown-plus road underdogs this weekend. If you want to know which team you should back in this Week 7 mismatch, let’s get5 to my expert college football pick right now!

Why Bet On The Minnesota Golden Gophers?

Why should you back Minnesota in this contest? Well, because the Gophers are getting a ton of points, that’s why…duh! Minnesota has lost two straight in getting po8unded by Maryland 42-13 two weeks ago as a 2.5-point road dog and following that up with a 48-31 home loss to Iowa last weekend as a 7-point underdog.

“Until we keep growing as a team, some of the results could be like that,” coach P.J. Fleck said.

Why Bet On The Ohio State Buckeyes? 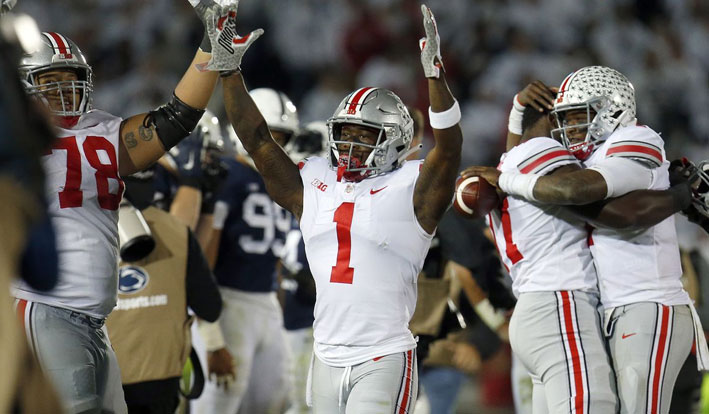 Why should you bet on the third-ranked Buckeyes in this Week 7 conference clash? Wbecause the Buckeyes are far superior to the Gophers in every single aspect. One week after sneaking past Penn State 27-26, the Buckeyes ‘opened up a can’ on Indiana to pick up an emphatic 49-26 blowout win over the Hoosiers. Quarterback Dwayne Haskins passed for a career-high 455 yards and six touchdowns to lead the way to victory.

“I’m not going to lie, we were probably still tired from last week,” Haskins acknowledged Saturday. “Definitely there was a little lower energy in practice during the week, but the best thing about today is we found a way to win. Even though it wasn’t pretty at times during the game, football is about overcoming adversity.”

Expert Analysis and Prediction for Minnesota at Ohio State

Let me get started by saying that the Minnesota Golden Gophers have absolutely no chance whatsoever of pulling off the upset over a clearly superior Ohio State squad in this contest. Not only that, But I’m having a hard time seeing how they’re going to cover the spread as well.

On the flip side of the coin, Ohio State has gone 4-1 ATS in their last 5 home games and 5-2 ATS in their last 7 games on fieldturf. Minnesota has looked completely awful the last two weeks and I don’t think they have any chance whatsoever to cover the chalk, even as a nearly 30-point underdog. I’m going to urge you to go with the 59 percent of public bettors that like the Buckeyes to get ‘er done!