NBA News and Rumors
Getting into the playoffs and challenging for a top seed in the conference is usually things that are achieved by teams who perform well against conference foes. While getting wins against teams from the other conference is always fun, it doesn’t really help when it comes to breaking a tie come the end of the season in conference play. Tuesday night offers up a great Western Conference match-up, with the Oklahoma City Thunder heading into Memphis to face the Grizzlies.

The Thunder had to battle back in the fourth, but secured the win Sunday. Recap/highlights: https://t.co/tnN57r7EGE pic.twitter.com/a1fLpeByMo

The Thunder (12-8) were able to avoid losing all 3 of their games last week by picking up a win against the Sacramento Kings on Sunday. Both losses came against Easter Conference opposition, which has been an issue for OKC all season. The Thunder have a solid 7-2 record against teams from the west, but are a game under .500 versus teams from the east. The good news for them is that their next batch of games features many more against Western Conference foes. Kevin Durant appears to be fully healthy again, and you get the sense that this team could get on a hot roll at any given moment. The currently hold the 3rd seed in the west, but are just a half-game ahead of the Grizzlies heading into this one. The gap between the 3 and 8 seeds in the west is incredibly tight, which is why those conference wins are looking as though they are going to be more important than ever this season. 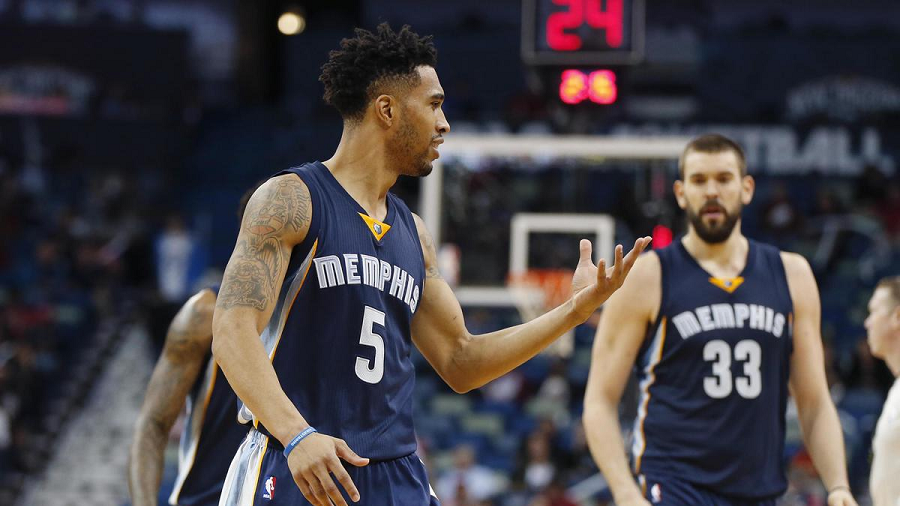 The Memphis Grizzlies (12-9) have played a schedule that has been Western Conference heavy, and their 9-7 record in those games is probably not as good as they would like it to be. Memphis are playing well right now, and appear to have recovered nicely from a 4-game losing skid in November. They are 7-3 in their last 10 games, and now hold the 4th seed in the Western Conference standings. A big part of the return to form for this team has been their play on the offensive side of the ball, but that does not mean that everything is rosy. There are still some defensive issues to be ironed out if this team is to get back to the elite status that they carried for much of last season. Allowing 103 points against a San Antonio team that is not really noted for its scoring is a sign that the defense really has to start picking up the slack a little more. That said, they did follow up that performance with a 95-93 win over the Suns, proving defense can win when it wants to.

The Oklahoma City Thunder have not been very good on the road this season, but that is canceled out somewhat by their play against Western Conference foes. I like OKC to get a win in the 5-7 point range in this one.
Older post
Newer post