NBA News and Rumors
After a much-needed break from the NBA betting lines on Thanksgiving night, the NBA returns with a bang this Friday, and it features an alluring slate of 12 games for the enjoyment of all you basketball fanatics. In a night featuring two of NBA’s best point guards, Stephen Curry and Russell Westbrook, in action for their respective teams, your Thanksgiving Weekend couldn’t be getting better than this. As always, we will be guiding you on how to place your bets on the best games of the day, so without further ado, let’s get down to it, shall we?

The Hornets are surging at an unprecedented rate in the East, winning all of their last four games, including a stinging 101-87 win over the Washington Wizards on Wednesday that featured six Charlotte players scoring in double figures. The Cavs, meanwhile, saw their winning streak snapped on Wednesday, thanks to 103-99 home win by the Toronto Raptors. Despite that loss, and the fact that LeBron James and Co. have struggled on the road, the Cavs are 3-1 SU and ATS records over their last four games, something that should motivate them for a bounce-back performance this Friday.Cavs at Hornets NBA Predictions: The Cavs bounce back to winning ways, scoring 100-plus points, but keep the Hornets below the 100-point mark, allowing the total to stay UNDER.

Isaiah Thomas and the Celtics didn’t have it easy, leaving it until the fourth quarter to secure a come-from-behind win over the 76ers after trailing the game by 20-plus points. After that lesson, the expectation is that the Celtics will be firing on all cylinders as early as possible to avoid an upset against the Wizards this Friday. Fortunately for the Celtics, who are averaging 101.9 PPG scoring entering Friday, they are facing a poor Washington defense that is giving up an average of 106.4 PPG this season (tied for 25th in the NBA), a key reason the Wizards have split their first 12 games and are currently on the outside of the playoffs looking in. With that, Boston should be able to bounce feature better on the scoring charts.Wizards at Celtics NBA Predictions: Celtics pile more misery on the Wizards, claiming a close win and cover, but Washington hangs close enough to help push the total OVER.

In arguably the biggest game of Friday night, the Heat (who are coming off a humiliating 104-81 loss to the Detroit Pistons on Wednesday) will be looking to get back on the winning column in New York. The Knicks also didn’t have it smooth in their last outing, crashing to their second consecutive loss with a gut-wrenching 100-91 defeat to the Orlando Magic on Wednesday night. This game is therefore likely to be determined by who is hungriest for a win under the bright lights of New York.Heat at Knicks NBA Predictions: Both teams are talented with star power and are likely to combine for a shootout affair that will blow up the totals for an OVER, given they’ll both be seeking to bounce back from disappointing results on Wednesday. Winning wise, Dwayne Wade and Chris Bosh will be on fire here, but we expect Carmelo Anthony and his sidekick, the in-form rookie Kristaps Porzingis, to outscore them and allow the Knicks to upset Miami for a thrilling home win.

After suffering a tough loss to the unbeaten Warriors, the Bulls (9-4) ensured that they got back to winning ways by beating the Damian Lillard-led Portland Trail Blazers on Tuesday night, thanks to big games from their solid backcourt tandem of Derrick Rose and Jimmy Butler. Unfortunately for the Bulls fans that are hoping for a second straight win this Saturday, Paul George and the Pacers (9-5) are on a hot roll with three back-to-back victories and eight wins in their last 10 games. George has been a monster this season, averaging 30.0 points, 7.5 rebounds, 5.5 assists, 5.0 three-point shots and 2.0 steals per game over the last week, and he is coming off a season-high 40-point performance in Tuesday’s 123-106 win over Washington. Beating the George and the Pacers will therefore need a very solid effort from both ends of the visiting Chicago Bulls team.Bulls at Pacers NBA Prediction: The Pacers (5-0 SU and 4-1 ATS in their past five home games) ride on another big shooting performance from George, claiming both the SU and ATS en route to their 10th win of the season, as the total goes OVER. 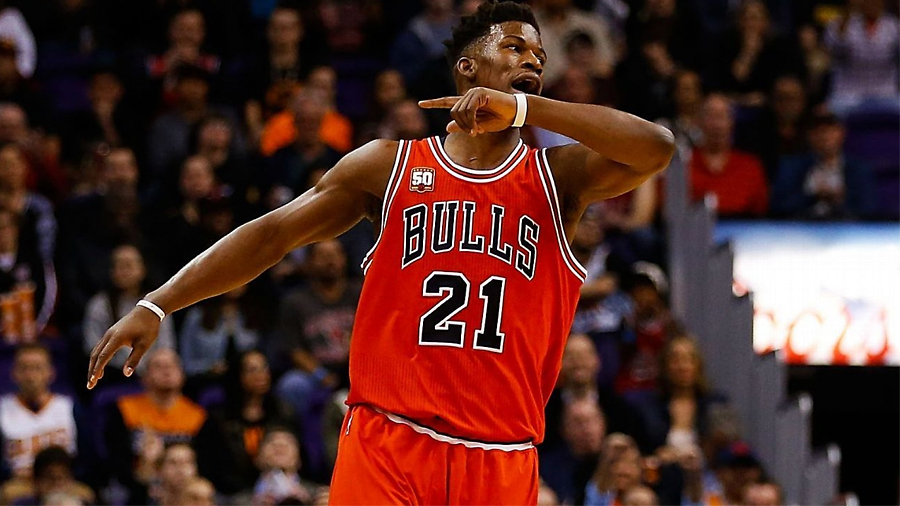 Coming off a dominating Wednesday winning performance over the Heat, where Andre Drummond exploded for his 14th double-double in the 15 games he’s played this season (18 points and 20 boards), the 8-7 Pistons are seeking to record their ninth win of the season when they travel to Oklahoma City tonight. Unfortunately for the visitors, the Thunder (10-6, including a 7-3 mark at home) are streaking on three wins and are enjoying a productive return of Kevin Durant (who is back from injury) and an always-reliable performance from Russell Westbrook. In their last outing, Durant scored 30 points and Westbrook added 27 points with 13 assists to give Oklahoma City a 110-99 win over the Brooklyn Nets on Wednesday night. Containing Drummond and former Thunder player Reggie Jackson (who is averaging career- and team-highs of 19.3 points and six assists per game) will certainly not be easy, but the same is just as true for the Denver defensive players who will be manning the duo of Westbrook and Durant, who can flip the switch on you at any given moment.Pistons at Thunder NBA Predictions: Westbrook and Durant outduel Jackson and Drummond, but the Pistons hang oh-so close to cover the spread, as both teams blow up the total for an OVER.

Ladies and Gentlemen, you are now in the presence of greatness… Meet Steph Curry and the record-breaking, havoc-wrecking, three-point nailing Golden State Warriors, who will be seeking to extend their 16-game unbeaten run to 17 when they travel to Phoenix to play the Pistons (7-8). Now, am not an ass-kisser, but going by the way the Warriors are handling their business both at home and on the road (sporting a 7-0 SU and 5-1-1 ATS record on the road this year), I don’t really think the Suns (5-4 SU at home) will be holding serve. But then again, this is a Pacific division rivalry game featuring the two best teams in the division, so don’t hold me at ransom if my words don’t measure up tonight.Warriors at Suns NBA Predictions:  The Suns shine all they can, but the superior Warriors pull away late in the game (like they’ve been doing all season) to claim both the SU and ATS over their hosts, though with the total staying relatively low for an UNDER cashing.
Older post
Newer post