NBA News and Rumors
The margin of error in the Eastern Conference is pretty slim this season, as a losing streak could see a team drop pretty quickly down the standings. The Indiana Pacers are holding the 8th and final playoff spot right now, but they have 4 chasing teams within 2.5 games of them. The Pacers are going to have to work hard to maintain their lead, and that begins with a tough game versus the Atlanta Hawks at the Bankers Life Fieldhouse on Thursday, January 28 at 7 PM EST. Check back on all of the NBA wagering action by clicking here.

When: Thursday, January 28, 7 PM ESTWhere: Bankers Life Fieldhouse, IndianapolisTV: Fox SportsThe Pacers are not on a very good run of form at the moment, and that may mean that they come into this one as a home court underdog. They do already have a win over the Hawks this season, which might make them a good bet at what is sure to be a decent price. You can get you wagers for this one on at MyBookie.ag as soon as the odds become available.

Why bet on the Atlanta Hawks

The Hawks (27-19) had a season to remember under new head coach Mike Budenholzer last season, but they are finding things a little tougher this time around. That said, they are holding on to the 3rd seed in the Eastern Conference right now, and also have a 2-game lead over the Miami Heat in the Southeast Division. The Hawks have had a little bit of an issue with consistency this season, but that is pretty much something that can be said for the majority of teams in this conference. Atlanta are 6-4 in their last 10 games, and are coming off a nice 119-105 road win in Denver on Monday night. They will have a home tilt with the Clippers on Wednesday before hitting the road again to face Indiana. The Hawks are averaging 102.5 PPG, and are giving up 100.0 PPG. 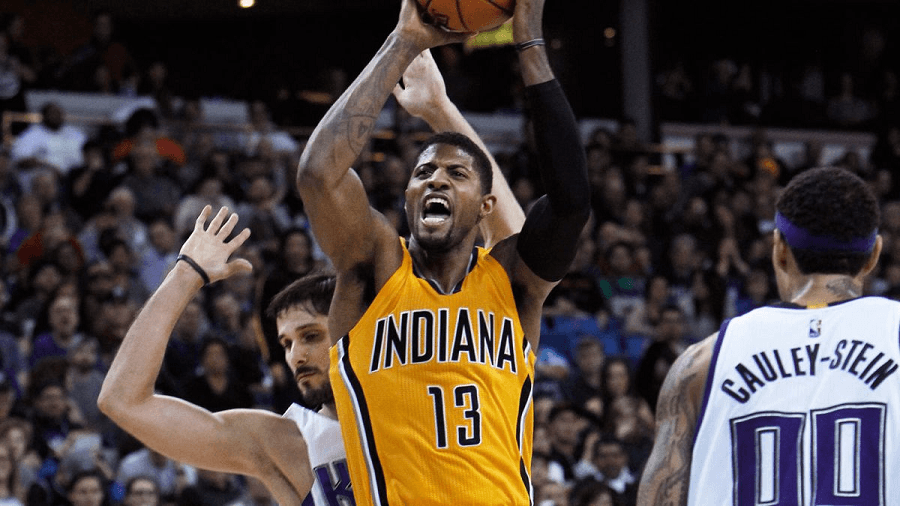 Why bet on the Indiana Pacers

Things have not been particularly great for the Pacers (23-22) of late, as can be seen by their 3-7 record in their last 10 games. In fairness to Indiana, though, they have been forced to spend a ton of time on the road over the past few weeks, and that has taken a toll. The Pacers are a much better team at home, and have a 13-7 record there after their loss to the Clippers on Monday night. The first game back after an extended road run is always a little tricky, and you get the sense that the Pacers will be more relaxed and ready to go on Thursday night. As mentioned earlier, the Pacers took out the Hawks 93-87 when they met earlier this season. Indiana are averaging 102.3 PPG, and are giving up 100.0 PPG.

The offensive and defensive numbers that these two teams have posted are eerily similar, which is why we can probably expect a tight one on Thursday night. The Hawks are on a little bit of a better run at the moment, and I think they will edge out the Pacers at the end.Atlanta Hawks 102 Indiana Pacers 99
Older post
Newer post