NBA News and Rumors
The feisty Boston Celtics will look to continue their overachieving play while simultaneously slowing down the offensively-explosive Houston Rockets when they host their Western Conference counterparts in an intriguing matchup on Friday night. So, if you’re ready to bet NBA basketball online, then let’s get started.

Why Bet the Houston Rockets

The Rockets (32-32 SU, 28-36 ATS) look like good wager in this contest for one main reason. They can score the ball with the best of them! I know Houston doesn’t play a lick of defense in ranking 27th in points allowed (106.9 ppg), but the fact of the matter is that Houston’s fifth-ranked offense (105.8 ppg) can often simply outscore opponents that are more offensively challenged. Case in points, the Rockets have given up 107 points to Toronto and 104 points to lowly Philadelphia, but have managed to win both contests by putting up 113 and 118 points respectively. Houston has compiled an uninspiring 15-18 SU road mark and 16-17 road ATS record, but they’ve also won three of their last four games overall. The Rockets are 5-1 ATS in their last 6 games against a team with a winning SU record and 5-2 ATS in their last seven road games.

Why Bet the Boston Celtics

The Celtics (39-26 SU, 36-28 ATS) are a great to bet on just about every night because they give a great effort for gifted head coach Brad Stevens every night. Boston bounced back from their humbling loss against Cleveland last weekend to lay a 116-96 smackdown on Memphis on Wednesday night while covering the spread as an 11.5-point home fave. The C’s were down by three at the half, but a simple speech from Stevens turned the tide in the second half. 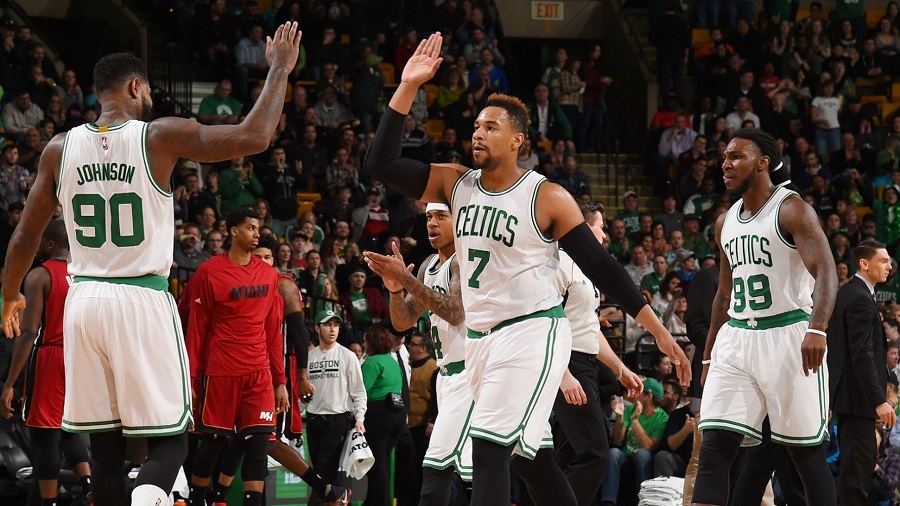 “It wasn’t brain surgery. Just walked in and said, ‘they’re beating us to every loose ball and getting every rebound. This is the way they beat you tonight so we either have to change that or we won’t win,’ ” Stevens said. The Celtics have won six of their last seven games and are 23-10 SU at home and 19-13 home ATS at TD Garden. Boston has won a consistent 14 straight games on their home floor. Boston is 8-2 ATS in their last 10 home games and 4-1 ATS in their last five games against their Western Conference counterparts.

I know my beloved Boston Celtics are on a great run at home, but I don’t see them getting the win this time around even though the Rockets are a bunch of quitters if you ask me. Ironically, the Celtics have struggled to cover the spread after a big win, going 1-4 ATS in their last five games following a SU win of more than 10 points.While the Rockets have put together a pitiful 8-17 ATS mark in their last 25 games against their Eastern Conference foes, Houston is also 10-4 ATS in their last 14 road games against Boston. I know the C’s are 8-3 ATS in their last 11 home games against a team with a losing road record, but Houston has the big edge in roster talent and will prevail despite their often underachieving ways. My final score prediction is Houston 111 Boston 107
Older post
Newer post