NBA News and Rumors
While the teams in the Eastern Conference in the NBA continue to slug it out in a tight race, the Western Conference has seen 3 teams show their dominance over all the others. The Warriors and Spurs are the obvious cream of the crop, but they are being pretty closely tailed by the Oklahoma City Thunder. The gap opened up by the top 3 could continue to grow when the Houston Rockets head into the Chesapeake Energy Arena on Friday, January 29 to face the Thunder. Tip-off for this one is set for 8 PM EST on NBATV. To make sure you can keep up with all the latest odds from this and other NBA games be sure to click here.

When: Friday, January 29, 8 PM ESTWhere: Chesapeake Energy Arena, OklahomaTV: NBA TVTV Stream: NBA.comNot only are the Thunder in a rich vein of form right now, they are also a very tough nut to crack at home. That should be more than enough to make them a pretty heavy favorite against the Rockets, but Houston are a team that are not going to go down without a fight on most nights. The full odds for this one will be available on the NBA betting page at MyBookie.ag as soon as they go live.

The Rockets (25-23) played the second of a 3-game road trip on Wednesday night, and they were absolutely crushed by a San Antonio Spurs team that was obviously still smarting after taking a similar type of beating versus the Warriors. That game is not an indication of how well the Rockets have been playing as of late, and is one that you can pretty much toss out. Prior to that loss, Houston had won 3 in a row, including the opening game of the road trip in New Orleans. Houston already has a win over the Thunder this season, and that one came at a time when they were really struggling to get things going. They may have a bit of a tougher time on the road, though, as they are 2-games under .500 away from home. The Rockets are averaging 104.7 PPG, and are giving up 106.1 PPG. 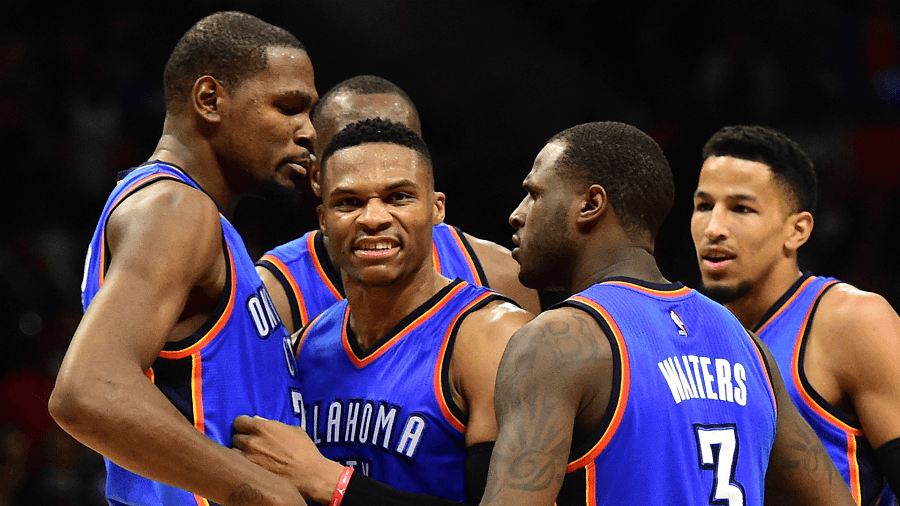 There are few teams in the league playing as well as the Thunder (35-13) are right now. They are coming into this one having gone 9-1 in their last 10 games, and they have only lost 3 of their last 22. While they are finding it impossible to close the gap on the Warriors and Spurs, both of whom are equally as hot at the moment, they are beginning to pull away from the rest of the chasing pack. Beating OKC at home this season has proven to be a challenge that few teams are up to, as the Thunder are now boasting a 21-5 record at Chesapeake Energy Arena. That said, they are just 10-9 overall against teams with a record over .500, so they might be there for the taking. OKC are averaging 109.3 PPG, and are giving up 101.3 PPG.

It’s pretty tough to bet against the Thunder when they are playing at home, and I am not going to start doing that today. I expect the Rockets to be more competitive than they were in their last game, but still believe they will ultimately fail.Houston Rockets 102 Oklahoma City Thunder 110
Older post
Newer post