NBA News and Rumors
Nothing like some NBA betting rumors to start the morning. Let’s begin, shall we? Recently, LeBron James made a call for people to stop comparing the best basketball players of all time to one another, but when he heard that some were calling LSU freshman Ben Simmons “the next LeBron,” he said that he was fine with it.

When ESPN.com asked him about this on Friday before the Cavaliers’ game against the New Orleans Pelicans (a 114-108 loss in OT), he said, “I don’t mind it. Someone’s going to be compared to someone all the time, and I don’t mind him being compared to me. People not only recognizing what he does on the floor, but he’s a great kid, too. He has a great family, great support system, and that’s why he’s able to do what he does on the floor.”Simmons was in the building on Friday night, sitting in the area behind the Cavs’ bench during the third period. Simmons after the game told ESPN about LeBron, “He’s one of the best players in the world that’s played the game. I just try to take little parts of his game and put it into mine. His size is one of the things that I look at. I’m 6-10, and he’s right at 6-8 or 6-9, and I just try and fit what he does into my game.”Simmons has averaged 19.9 points, 14.9 boards, 6.0 assists, 2.4 steals and 1.6 blocks during his first seven games as a freshman. Simmons, a native of Australia, has been on James’ radar for four years now. James and Simmons worked together this past summer in the Nike Basketball Academy in California, where James worked as an instructor and Simons as a counselor. They also talk frequently on the telephone. 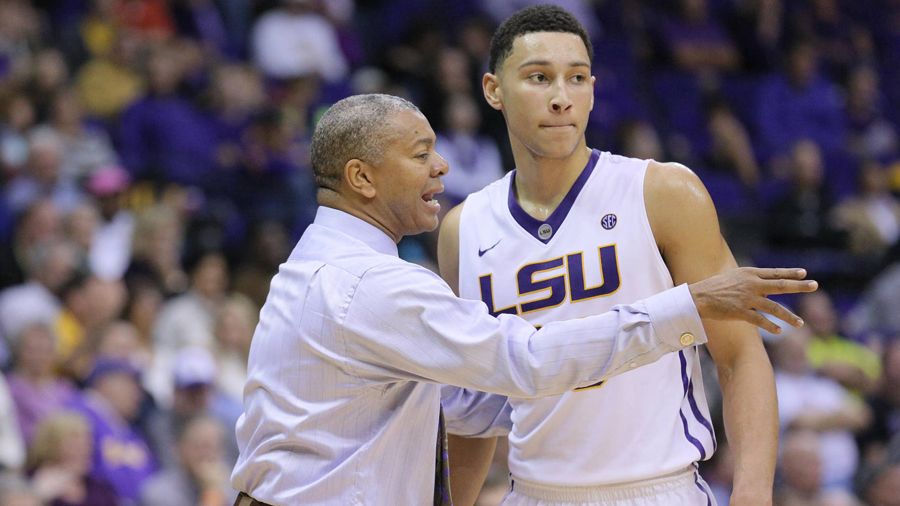 Simmons characterized the relationship as that of two brothers. He told ESPN, “He gives me a lot of advice if I ever need it. He looks out for me, and he’s one of those people you have to have as a mentor because he’s one of the best players in the world.”Simmons has already been on a short list for the #1 slot in the 2016 NBA Draft, but such performances as the 43-17-7-5-3 (points, boards, assists, steals and blocks) night against North Florida have enhanced the legend even more. It will be surprising if Simmons plays more than one season for LSU — but while he is there, expect the Tigers to enjoy the boost he gives them.
Older post
Newer post