NBA News and Rumors
Week 11 of the NBA betting season is here with a bang, and with it comes a host of interesting games, some of which we will be previewing and predicting for you below.

Must Watch NBA Betting Games of the Week

After a hot start to the season, the Hornets have been on the end of some bad results, currently riding on a three-game losing streak, along with 3-7 record in the last 10 games. Against the league-leading Warriors (31-2), who’ve lost just twice this season and are riding hot on Draymond Green’s NBA-best triple-doubles and an on-fire Klay Thompson (26.2 points per game over his last 10 outings), you can be sure that the Hornets will be in for a tough showing. Charlotte’s potential All-Stars Nicolas Batum and Kemba Walker are still capable of causing trouble, but with Al Jefferson still sidelined for the next six weeks and the team not having players to replace him formidably, it would be a huge surprise if the Hornets won this game. Prediction: Golden State 116, Charlotte 101.

Despite sitting at the bottom of the Central Division with a 14-21 record, the Bucks have won their last two games, including the 95-85 win at Minnesota on Saturday night. It, however, remains to be seen if the Bucks can handle the red-hot Jimmy Butler (coming off a record-breaking 40-point second-half performance in the 115-113 win over the Raptors). The absence of Derrick Rose, who is set to undergo an MRI on his sore right knee, will certainly hurt the offense, meaning the onus will be on Aaron Brooks and Taj Gibson to offer valuable minutes. Prediction: Milwaukee 97, Chicago 94.

As always, any game between the New Yorkers and their rivals in Miami is always a big deal, so you can expect Wednesday’s Knicks at Heat game to be a thrilling encounter. The improved play of Goran Dragic (14.3 points, 5.6 assists and 3.1 rebounds per game in his last 10 outings, shooting 51.9 percent from the floor) has been the key reason behind Miami’s surging offense, while Chris Bosh (19.4 points, 7.1 rebounds and 2.6 assists in 33.7 minutes per game since Dec. 1) continues to be a revelation for fantasy players and Hassan Whiteside is the glass-cleaning specialist you’ve know him to be. On the opposite camp, the Knicks have lost 5 of their last 7 outings, but are coming off a morale-boosting 111-97 home win over the Hawks. If Arron Afflalo, Carmelo Anthony and Kristaps Porzingis can show up with their good game here, we could be in for a very interesting matchup, one that could easily lead to a Miami upset, given the unpredictable nature of this rivalry. Prediction: Miami 101, New York 97.

Outside the wizardry of John Wall (22.2 points, 11.4 assists and 2.2 steals per game since the start of December), there’s barely anything to smile about this year’s Washington team. In essence, that’s why they have won just one of their last three games (which was in fact an unconvincing 103-91 win over the struggling Orlando Magic). Against the Cavaliers, who are streaking on three wins entering Monday, and are still leading the Eastern Conference standings, this game looks set for another routine win for LeBron James and Co. Prediction: Cleveland 99, Washington 96.

After dominating most of its opponents last season due to their hard-nosed defense, the Grizzlies are no longer a defensive powerhouse, ranking in the bottom 15 of the league in defensive efficiency. And to make matters worse, Gasol and Co. are still struggling offensively. Interestingly, though, the Grizzlies managed to defeat a Kevin Durant-less Thunder earlier his season, which should motivate them for a big game this Wednesday. Still, Durant (who is now healthy) and Russell Westbrook are both averaging 25-plus points per game, and the rest of the Thunder starting unit and second unit is as deep as can be, so the Grizzlies (5-5 in last 10) will be hard-done in their quest for a win over the Thunder (8-2 in last 10). Prediction: Oklahoma 109, Memphis 92. 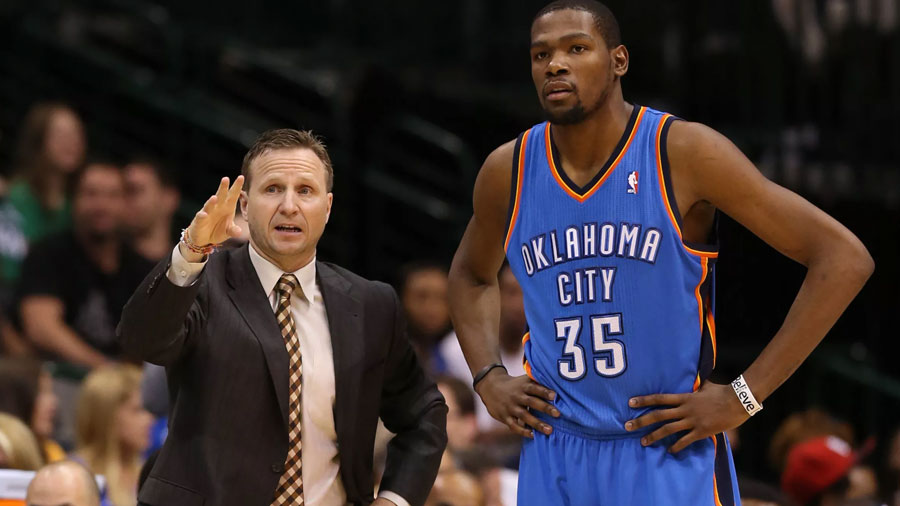 Durant has severally admitted that Kobe Bryant is his childhood hero, so watching him play against Kobe will certainly be a spectacle, particularly on the bright lights of Los Angeles on Friday Night. So, yeah, the Lakers (8-27) still stink, and for most part of this season, they have been detestably unwatchable, but when you consider that, over last week the Lakers franchise posted consecutive wins for the first time in more than 10 months, and the likes of D’Angelo Russell and Jordan Clarkson are playing some really good basketball recently; then you’d definitely want to tune to this game. Prediction: Oklahoma City: 103, Los Angeles 95.

The Sacramento Kings (5-5 in last 10) haven’t been bad, per se, this season. But having lost their last straight 11 games against the Warriors, including the 122-103 victory over Golden State earlier this season, you’d understand why many Sacramento fans will praying for a miracle over the Warriors. But then again, Stephen Curry and Klay Thompson are scoring beasts, and Draymond Green, who is third in GS in scoring (14.6), first in assists (7.2), first in rebounds (9.1) and first in minutes played (34.9), is a do-all monster, so the short-handed Kings don’t look that likely to end their ominous record against the Warriors. Prediction: Golden State 111, Sacramento 108.

Since beating the San Antonio Spurs on Christmas, the Rockets are seemingly still celebrating that win, a feat that has seen them drop their last four games in a row, which has once again relegated them to below the .500 mark. With this kind of inconsistency, it’s hard to know what to expect to this Houston team, something that should make their meeting against the Pacers fun to watch on Sunday. Be on the lookout for a mouthwatering back-and-forth clash between Indiana’s star SF Paul George (team-best 24.5 PPG) and Houston’s star SG James Harden (team-bests of 28.1 PPG and 6.7 APG). Prediction Houston 115, Indiana 111.
Older post
Newer post