NBA News and Rumors
While every team wants to win the conference and get into the NBA as the number one seed, there are only a handful of teams with the talent to do so. The rest just want to make sure they get in, even if that means landing in the middle of the pack. That is where the Minnesota Timberwolves and the Indiana Pacers sit in their respective conferences right now, and each will be looking to move up when they meet in Indiana on Friday night where the Pacers are listed as favorites on NBA lines to win the match.

The action continues in Indiana. Tune in for tipoff against the @Pacers at 6 p.m. CT on @fsnorth or @WolvesRadio! https://t.co/tdFYsxbcAj

It has been a strange sort of start to the season for the Minnesota Timberwolves (4-3) as they have yet to record a win on their home court. That is a trend that may well continue on Thursday night, as they have the Golden State Warriors net up on the schedule. The good news is that they have been playing some great ball on the road, which is sure to serve them well when they head to Indiana for the Friday night tilt. The highlight for the Timberwolves so far this season has been the play of rookie Karl-Anthony Towns. The young center is shooting with a field goal percentage of 48.9, and is racking up double doubles for fun. His play has taken some of the heat off of Andrew Wiggins, who is not playing his best ball despite leading the team in scoring. Wiggins can play much better, and when he gets rolling, this T-Wolves team could be one to watch.The Indiana Pacers (5-4) have recovered well after stumbling out of the gate and losing their first 3 games. They have since taken 5 of their last 6, with the only loss coming on the road against a very good Cleveland Cavaliers team. That they only lost that one by 4 points is surely a sign that this team should be considered a legitimate playoff contender. The Pacers are getting the job done defensively, and are in the top 5 in the league with just 95.3 PPG allowed. They will want to up their scoring, though, as they are down near the bottom despite the 23.8 PPG being delivered by Paul George. The Pacers have only played 2 non-conference games so far this season, but they have lost both, which is a trend they will be looking to correct on Friday. 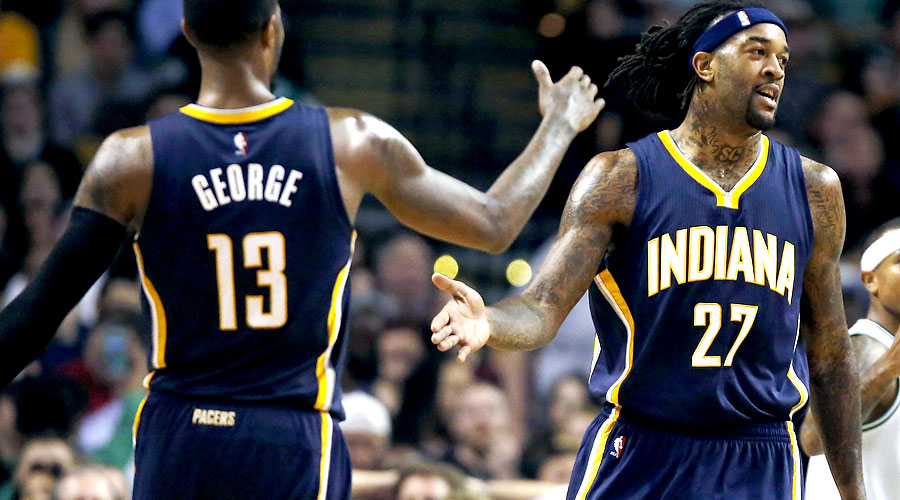 This has all the makings of being a very close game, and I would not be surprised to see it being decided by less than 3 points. I like the Timberwolves to get the win on the road, but the one trend that really jumps out is the point total. In the last 16 meetings between these two teams, it has been 12-3-1 in favor of the OVER.
Older post
Newer post