NBA News and Rumors
Looking to make some good bucks from the NBA betting lines in readiness for some Christmas shopping? Well, tonight’s is your lucky night as the NBA serves a slate of four mouthwatering matchups that we will briefly preview and predict for you in the section below.

We got the Grizzlies tonight for our last home game in 2015. @brianseltzer‘s game preview » https://t.co/5oViOHCe9w pic.twitter.com/WIDhhoXree

When: Tuesday, December 22 at 7:00 pm ET NBA Odds: Memphis -10 Analysis: Despite a spirited play from the likes of Jahlil Okafor and Nerlens Noel, and a series of strong games, the 76ers can’t just seem to jump back on the winning column. In essence, that’s why they enter this game on an embarrassing 1-28 overall record, including a terrible 0-17 mark on the road. You can therefore expect the talented Grizzlies (15-14 on the season and 9-6 at home) to use the experience of players like Mike Conley, Marc Gasol and Matt Barnes to win this game.Predictions and Picks: The Grizzlies use their slow-paced game to carve apart the 76ers for the SU, but Philadelphia hangs around to cover the 10-point spread.

When: Tuesday, December 22 at 7:30 pm ET NBA Odds: Toronto -4 Analysis: The Mavericks (15-12) and Raptors (17-12) both come into this game on the back of unstable runs. Toronto has lost three of its last four games, including a disappointing show in Sunday’s 104-94 home loss to the Kings. The Mavs, meanwhile, have lost three of their last five overall games, though they looked lively in Friday’s 97-88 win over Memphis. That said, Toronto has one of the best offensive units in its conference that can light it up on a good day, as opposed to the Mavs, who often rely a bit too much on Dirk Nowitzki. In addition, the Mavs are 1-4 ATS in their last five games following a win, yet the Raptors are 7-2 ATS in their last nine games following a loss, so a bounce-back game looks more likely for the Raptors this Tuesday.Predictions and Picks: Toronto gets back to winning ways in resounding fashion and covers the cheap chalk. 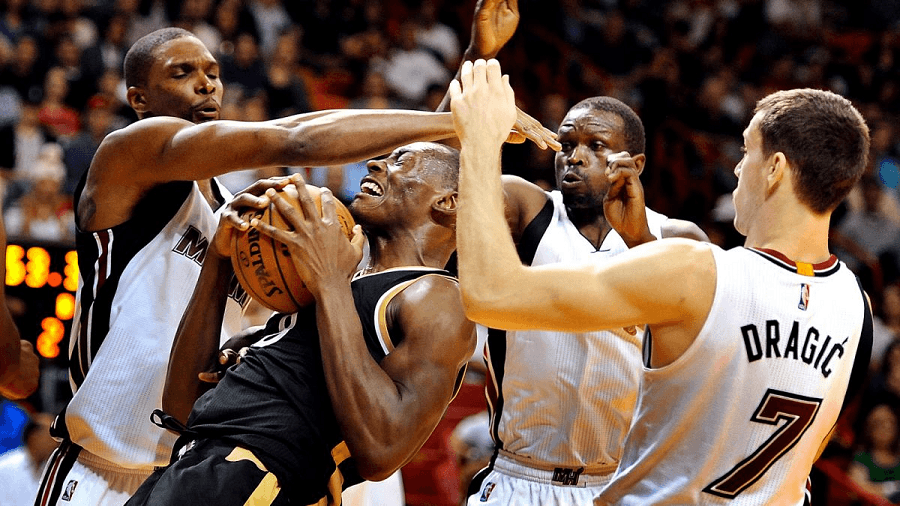 When: Tuesday, December 22 at 7:30 pm ET NBA Odds: Heat -3.5 Analysis: The Detroit Pistons have won seven of their last 10 games, including their last two in a row, to improve to 16-12 on the season. On the season, they are averaging 101.8 points on 42.7 percent shooting and giving up 100 points on 45.2 percent shooting, which sets up an interesting duel against the Heat who are scoring an average of 96.8 points on 46.6 percent shooting and are giving up 94.9 points on 42.8 percent shooting. The home-favored Miami also boast of a better season record of 16-10, including 6 wins in their last 10 games. Both teams have solid shooters like Detroit’s Reggie Jackson (20.5 PPG and 6.5 APG) and Andre Drummond ( 18.2 PPG and 16.4 RPG), who will be going against the duo of Dwyane Wade (18.5 PPG and 4.5 APG) and Chris Bosh (17.5 PPG and 8.1 RPG), which indicates that we could have a close game. The biggest determiner of this game is thus likely to come down to things like turnovers and rebounds. Obviously, Drummond (the league leader in rebound) gives the Pistons some edge over Hassan Whiteside (10.7 RPG) and Co., but with Miami known to be better at forcing turnovers off opponents, it’s hard to exactly pinpoint who will be claiming the win here.Predictions and Picks: Miami tends to play really well at home (12-5 this season) and boasts of more offensive weapons. So even if Drummond will dominate the boards, the Heat should be able to force some key turnovers and rally behind its home support to beat the road-shaky Pistons (6-8 away from home this season), paying Miami fans on both the SU and ATS lines.

When: Tuesday, December 22 at 9:00 pm ETNBA Odds: Denver -4.5Analysis: Kobe Bryant’s last season with the Lakers and is not becoming what many LA fans anticipated it to be. 27 games into the season, the Lakers have picked just four wins, two of those coming in their last 10 games. And with the Lakers entering this game on a seven-game road losing skid, it doesn’t look like they’ll be offering much to the NBA lines this Tuesday. As a reprieve, though, the Nuggets are just 5-8 at home this season and are entering this game on a two-game losing skid, so a strong game from Kobe and Co. could fuel a Lakers road win.Predictions and Picks: Christmas comes early for Laker fans, as Los Angles give a strong performance to upset the Nuggets for a morale-boosting road win.
Older post
Newer post