NCAA Basketball Betting News
The 2014-15 NCAAB betting lines had its ups and downs, but in overall, it was a very epic year. As usual, when the team is doing well, the whole world wants the coach, but that can change in a jiffy when the losses start pouring in, with many demanding for such under performing coaches to be sacked. The 2015-16 NCAAB season presents coaches who survived the axe with another chance to redeem their image. But as always, it won’t be smooth-sailing for everyone. Below are a few teams whose coaches will be on the hot seat right from the start of the season.

Indiana has to win…and win now. No one knows that more than Tom Crean, who feels the heat https://t.co/TzbxCcdEtN pic.twitter.com/0uKQ67CeiC

To no one’s surprise, Crean comes on top of this list. The Hoosiers will nearly need to win all of their games to ensure that their coach still has his job at the end the just starting season. His situation can be compared to Ben Howland’s last days at UCLA, where the coach was sacked even after winning the conference. After two seasons of bad results in 2013–14 and 2014–15, sporting 17–15 and 20–14 records and finishing eighth and seventh, respectively; he will still be on the touchline this season, but this will probably just serve as a time for him to prepare for his way out.

For what is evident in any sporting activity, recruiting provides the blood life, but coaching is the brain of a program. Under Rice, UNLV has been playing like a head-less team, constantly staying on the losing side without any formidable leadership. Last season, they finished seventh in the conference, a big step-back compared to the previous seasons when they managed third place for three consecutive seasons. To his credit, however, Rice made a couple of crucial additions in the offseason. With the talent he has recruited, this team must compete for the conference title or else Rice might not have his job next season. 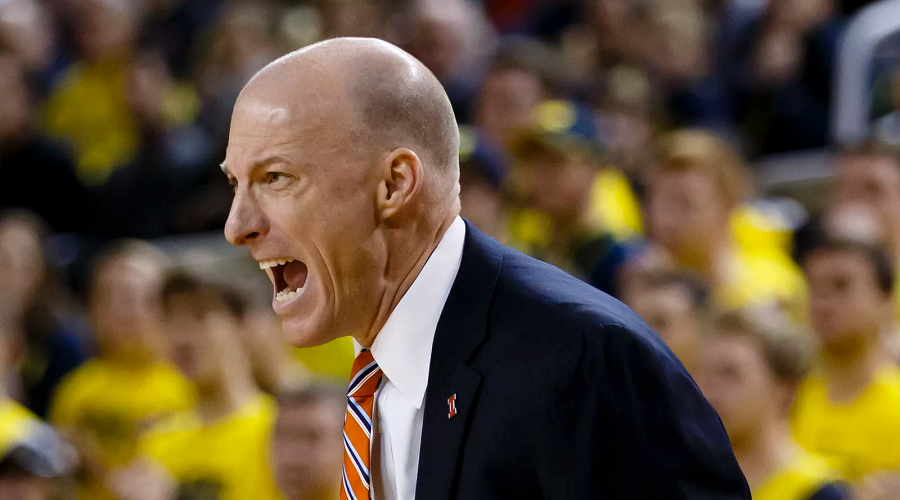 Given the injuries that this program has endured over the past 12 months, any coach would definitely be given some pass. But then, Groce is being judged by the fact that, for a second year in a row, the Illini missed the NCAA Tournament. This became only the first time since 1992 that such a thing has happened, hence understandably piling pressure on the coach. He may get some mercy because he has a few new pieces to work with, but his recruitees must ensure that they get the required results to redeem the faith the team used to enjoy from the fans. Notably, Illinois stands as the only team in the in the nation with an undefeated November record (under Groce) that can be traced back to 2011. In 2014 he also gave the fans something they had not experienced in a while by beating University of Missouri, 65-64, after four years of consistent defeats. If he can continue with his November record and maybe add a couple of marquee wins, his job could be safe. If not, it doesn’t look like his stay in Illinois will be extended any longer than this season.

This is one typical situation in which a coach’s recruitment has backfired and failed to pan out to what he wished for. Still, that doesn’t cut him much slack because the team needs results rather than excuses. If he fails to get the Tigers into the NCAA Tournament, it is hard to see Pastner on the touchline next season. The 2014-15 season saw the Tigers endure hard times, missing both the NCAA and NIT tournaments, marking the first time the team had not been in any postseason tournament in 15 years. It’s therefore one more shot for him. If he blows it up, he can as well start packing his bags because the Tigers won’t be forgiving or m

Very few teams have faced harder times than the Oklahoma State Cowboys, who only have just one win in the NCAA Tournament since 2009. This has happened despite the presence of a number of McDonald’s All-American talent in the team. The 2013-14 season, for instance, saw the return of key players like Marcus Smart, Lebryan Nash, and Markel Brown, giving the fans a lot of hope, but failing to offer much in terms of production in the NCAAB lines. The 2014-15 season was even worse, as OSU finished with a 18–14. And now entering the season, the administration seems fed up with Ford’s inexplicable profligacy and is in need of a change. If he doesn’t put the stellar talents of players like Jawun Evans, a 2015 McDonald’s All-American, you can be sure that he will be facing the axe soon.
Older post
Newer post