NCAA Basketball Betting News
If you need something to show you just how strong the Big Ten Conference is this season, just look at the plight of the Michigan State Spartans. The former #1 has only lost 4 games this season, but all in conference play. They are now sitting in 7th in the Big 10 and need a win if they want to get back on track. They will attempt to do that when they travel to the Welsh-Ryan Arena in Evanston, Ill. to face the Northwestern Wildcats. The game is set for Thursday, January 28 at 9PM EST on ESPN. If you want to check out the latest college basketball odds it’s simple, just click here.

How to bet Spartans Vs Wildcats NCAAB Odds and TV Info

When: Welsh-Ryan Arena, Evanston, IllinoisWhere: Thursday, January 28, 9PM ESTTV: ESPNStream: ESPN.go.comRadio: Spartans SportsDespite their recent run of poor form, the Spartans should still be favored to get the win on the road versus Northwestern. Michigan State looks like a pretty fragile bunch at the moment, though, and the Wildcats may seize the opportunity to spring the upset. MyBookie.ag will have the full odds for this game, and all the others in the NCAA, as soon as they go live.

Why bet on the Michigan State Spartans

There can be no denying that the Spartans (17-4, 4-4) are in a slump right now, as they have lost 4 of their first 8 games in conference play. It’s certainly a surprising start for a team that was 13-0 to start the season, but there are signs that they are about to break out again. They broke a 3-game losing skid with a 74-65 win over a ranked Maryland team, which has people in Michigan once again believing that their Spartans can get back on a roll. That win wasn’t enough to stop the Spartans from dropping to #12, but a more manageable pair of games this week could see them right the ship and start to climb again. Michigan State are averaging 78.3 PPG, and are giving up 63.3 PPG. 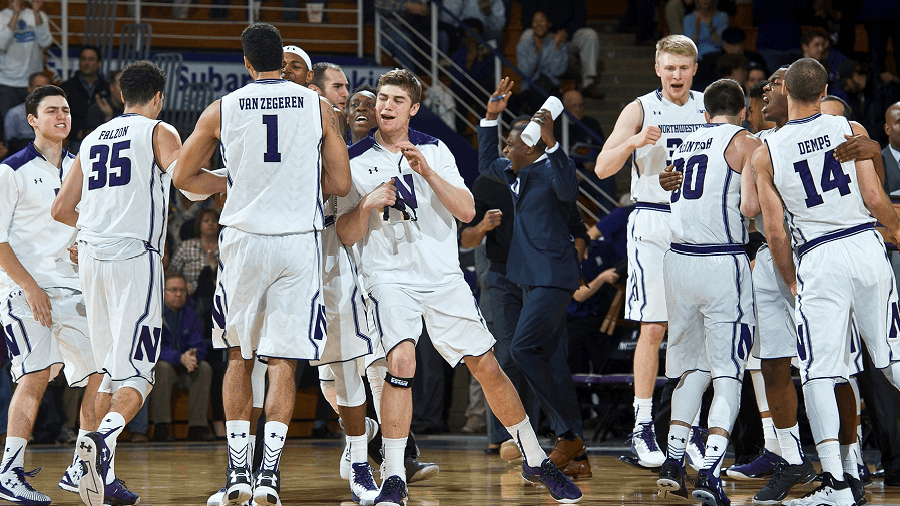 Why bet on the Northwestern Wildcats

Northwestern (15-6, 3-5) are another team who are quickly figuring out just how tough the Big 10 is this season. They are coming into this game on a 3-game losing skid, but of you want some proof that they might be able to hang with the Spartans, take a look at what they recently did on the road against a ranked Maryland side. They gave the Terrapins all they could handle, and were unlucky to eventually go down 62-56 in OT. The Wildcats will have a raucous home crowd cheering them on, and they will try to get the jump on a struggling Spartans team early on. Northwestern are averaging 74.1 PPG, and are giving up 65.5 PPG.h2>Expert Pick and Final Score PredictionIf you look at the numbers posted by the Michigan State Spartans this season, they look to be just too much for Northwestern to handle. This may not end up on the blowout side of things, but I do believe that Michigan State will get the win.Michigan State Spartans 74 Northwestern Wildcats 66
Older post
Newer post