NCAA Basketball Betting News
There really is nothing better than seeing two ranked teams go head to head, especially when both teams are vying for top spot in their conference. The PAC 12 is still pretty wide open at the top right now, and the Oregon Ducks and Arizona Wildcats will have a chance to break things open a little when they hook up at the McKale Center in Tucson on Thursday, January 28. Game time for this one is set for 9Pm EST on ESPN2. To follow all the odds from different college basketball games be sure to click here.

When: Thursday, January 28, 9Pm ESTWhere: McKale Center, Tucson, ArizonaTV: ESPN2Radio: Siriusxm.com This is going to be a tough one for NCAA basketball bettors to figure out, as there is very little separating these two teams right now. Do you give the nod to the home team, or do you think that Oregon can come away with a win on the road? There is a real opportunity to make some nice money here, so be sure to check back to the NCAA basketball betting page to see what the odds are when they go live.

Cook on Arizona: “We just need to come out and play Oregon basketball. It’s a big game for us.” #GoDucks pic.twitter.com/mttUCcCVfv

Oregon (16-4, 5-2) made their way back into the top 25 this week after a couple of very good wins last week. They got the ball rolling with an 89-81 win over ranked USC, and followed that up with an 86-72 win over UCLA. Momentum is most certainly on their side, but things get a little trickier with a pair of games in Arizona this week. The Ducks have not been at their best on the road this season, and only have 1 win out of 4 away from home. A lot of that history goes out the window, though, when you are facing a team that you are trying to keep at bay. Oregon has the lead in the PAC 12 right now, and a win over the Wildcats would help them pad that lead just a little. Oregon are averaging 77.4 PPG, and are giving up 67.3 PPG. 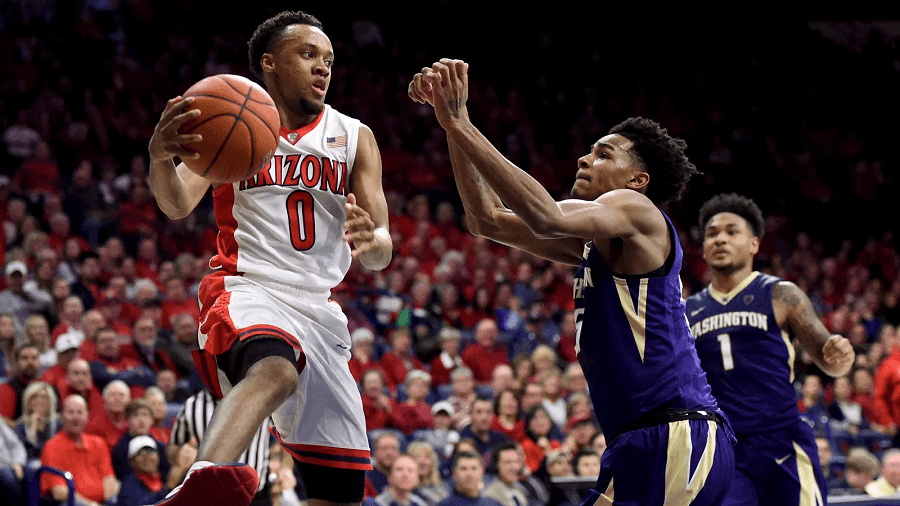 Why Bet on the Arizona Wildcats

The Arizona Wildcats (16-4, 4-3) are coming off a disappointing 74-73 loss to California over the weekend, but have to still be confident about this week’s games. That is because they have a pair of games at home in McKale Arena, where they have gone a perfect 11-0 this season. This will only represent the second time that Arizona will have faced a ranked opponent this season, but the last time they did, they came away with a 68-63 win over Gonzaga. The Wildcats have not just been winning on home court, they have been doing so in pretty convincing fashion. This is not a place where anyone likes to go and play, and you can bet that the arena will be rocking on Thursday. Arizona are averaging 81.9 PPG, and are giving up 67.0 PPG.

As I mentioned earlier, there is very little to separate these two teams, which generally makes me look at their records home and away. The Wildcats are great at home, while the Ducks struggle on the road. That, in my opinion, swings things very much in the favor of Arizona.Oregon Ducks 72 Arizona Wildcats 78
Older post
Newer post