NCAA Basketball Betting News
This Saturday, the Oklahoma Sooners head south for a noon (Eastern time) tip-off with the Baylor Bears in Big 12 action. Oklahoma still holds the #1 ranking in the nation (although that is likely to change with their loss to Iowa State this week), while Baylor is ranked #13. Click here for our NCAAB betting lines.

Why should you bet on the Sooners?

Oklahoma’s game begins and ends with the play of Buddy Hield, the team’s senior leader and one of the nation’s foremost candidates for the Wooden Award for the best college player in the land. If you met him, he would seem anything like an intensely focused college athlete, as his Bahamian upbringing means that reggae pumps through his body with just as much regularity as his blood. Hield starts his day before 8 in the morning, heading to the court to shoot threes, often making 20 or more in a row (his record is 49 in one of these sessions), and he aims for 300 to 500 shots per day in addition to what he gets in practice. If he feels like his shot isn’t working, he’ll go as high as 700. He is the #2 player in the nation in scoring (26.1 points per game). He has six games so far this year with 30 or more points. Hield does take a lot of shots, but he also makes a lot (51.4 percent overall, 51.5 percent from downtown, averaging 3.94 three-point baskets per game, first in the nation). So if Baylor is even to consider having a shot at stopping Baylor, they have to contain Hield. 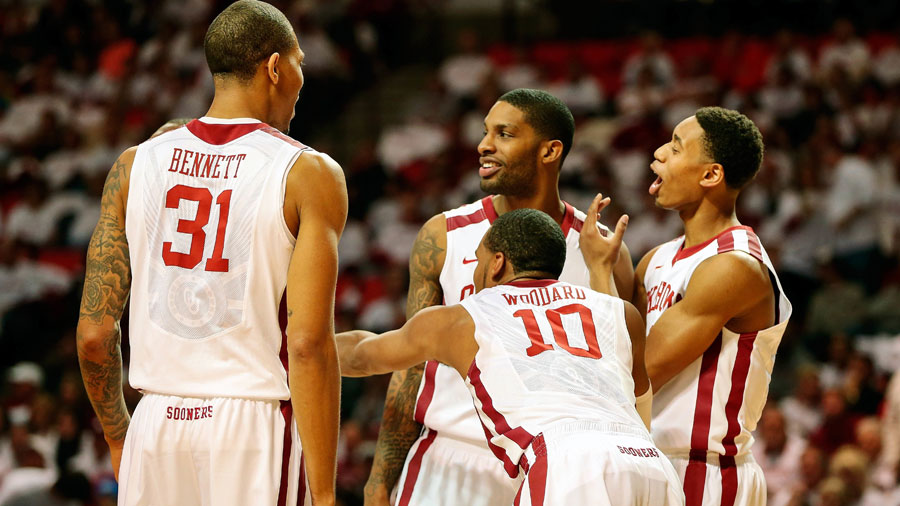 Why should you bet on Baylor?

One reason why the Baylor Bears have risen to the #13 spot in the polls is that they have done well in situations involving adversity. Let’s look back at their most recent win, a 79-72 victory over Kansas State in double overtime. Al Freeman had been held without any points during regulation, but he exploded for the Bears in the two extra frames, scoring 11 points. Lester Medford missed a shot at the buzzer that would have won the game at the end of regulation, but he recovered to knock down the free throws to put the Bears ahead in the second overtime period. Baylor had been down by as much as 10 in the first half, but they still came back and won. The Bears are riding a five-game winning streak in Big 12 play for just the second time. They lead the Big 12 right now with a 5-1 conference record. The Sooners represent the biggest test for Baylor since they were blown out by Kansas in their Big 12 opener, and the Bears appear to be peaking at the right time.

Baylor will be riding the momentum of the home court — while Oklahoma will be looking to get revenge after their big loss to the Cyclones. I like Oklahoma to come down to Waco and right their ship and return to their winning ways. I’m picking the Sooner to win this one, 76-72.
Older post
Newer post