NFL News and Rumors
And then there were four. An exciting round of Divisional playoff games has seen the number of Super Bowl 50 contenders whittled down to the final 4, and it is the top seeds in each conference who have risen to the top. The AFC Conference Championship game will feature the New England Patriots and Denver Broncos, held at Sports Authority Field at Mile High on Sunday, January 24 at 3:05 PM EST on CBS, and you can be sure you can bet on it at MyBookie.ag!

The AFC Conference Championship game has opened with the Patriots being installed as a 3-point road favorite. It’s never easy to win on the road in the playoffs, but if anyone can do it, you would have to say that the defending champions are a pretty decent bet. The line as it stands at the moment may change as the week progresses, so check into MyBookie.ag for regular updates.

Why bet on the New England Patriots at odds of -3

The one thing that you cannot teach in this league is experience, but the good news for the Patriots is that they don’t need to learn that lesson. This is a team that is filled with players and coaches who have been down this road many, many times over the past decade or so. Tom Brady will be making his 10th appearance in an AFC Championship game this weekend, which is a testament to just how good this team has been in the postseason. Winning on the road has not been particularly tough for them, and they went a pretty solid 5-3 this season. They did take an OT loss on the road at Denver earlier this season, but that came at a time when the injuries were starting to pile up. The Patriots are healthy, and they always seem to do well against teams that they are facing for the second time in a season.

Why bet on the Denver Broncos at odds of +3

Denver survived a bit of a scare against a banged up Pittsburgh Steelers team in the Divisional Round, and they will have to be better than that if they want to upset the Patriots. It was once again the defense that rose to the occasion versus Pittsburgh, as they forced a crucial turnover when it looked as though the Steelers might be about to extend their lead. Peyton Manning did not post huge numbers in that game, but he did avoid the mistakes that plagued him earlier in the season. That win took the Broncos to 7-2 at home this season, and as already mentioned, that includes a 30-24 OT win over that Patriots. 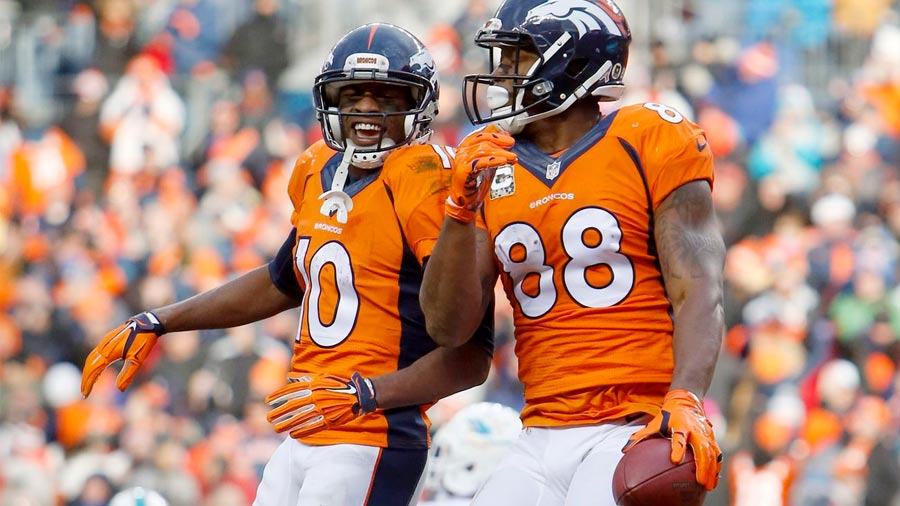 The Broncos have thrived on defensive takeaways this season, but they are about to face a team that is the best in the league at protecting the ball. I like Brady over Manning in this one, too, which means I like the Patriots to win and cover the 3 points.
Older post
Newer post