NFL News and Rumors
The penultimate round of the NFL playoffs is here and all that matters right now is who will be able to win on Sunday and progress to the Super Bowl 50 game. This means we have just three games to go before we crown this year’s winner of the coveted Lombardi Trophy, so this is your chance to jump on the NFL lines and fish all you can before the pro football betting season comes to an end. For those of you looking for an ultimate handbook on how to bet on the Conference Championship games, today’s your lucky day, as we have a breakdown of the two games slated for Sunday, complete with choice NFL picks for SU, ATS and OVER/UNDER bettors.

When: Sunday, January 24, 2016Kickoff: 3:05 PM ETWhere: Denver, COStadium: Sports Authority Field at Mile HighSpread: Patriots -3Moneyline: New England -163 vs Denver +143Game Total: 44.5Watch: CBSStream: CBS Sports Listen: New England vs DenverAnalysis: Apparently, if Peyton Manning plays 70 percent of the snaps this Sunday and Denver wins the AFC Championship, then the 39-year-old QB will receive 2 million dollars in bonuses. Will that affect Manning’s motivation? Highly unlikely, I’d say. This guy can make twice that much money by simply signing an autograph, not that he needs the extra pocket change anyway, considering how rich he is. Even so, I can strongly bet on the fact that Manning will want to take full advantage of this last shot at winning the elusive Super Bowl as a Denver player. And it just so happens that Manning has the tools to do that; Denver’s running game is proving to be quite a nuisance to opponents in recent weeks, the Broncos defense is as solid as ever, and Mile High has always been a difficult place for the Pats to win (the Pats are 0-2 in the playoffs when playing in Denver during the playoffs and 3-17 in their last 20 overall visits to Denver). If Manning and his passing game can show up just a bit, winning this game should be very possible for Denver.Unfortunately for Manning and the Broncos, Tom Brady and the Pats still have the sweet taste of winning the Super Bowl last year in their mouths and, going by the way they played heartily against the Chiefs last week, they won’t want to let that feeling go away easily. Meanwhile, Brady has his favorite trio all healthy—Robert Gronkowski, Julian Edelman and Danny Amendola—which should allow him to pick a couple of holes in Denver’s defense, probably better than he did when the Pats lost to Denver in overtime in Week 12. Plus, although New England’s defense is not as solid as Denver’s, the Pats are pretty good against the run, at least based on the last time I checked their stats. And who are we kidding, Manning isn’t going to light it up anymore, those days are dead and buried for the beleaguered future Hall of Famer. Did I mention that Brady owns Manning with an overall 11-5 record and he lit up Manning on stat sheets the last time the two met? Well, that’s another thing to keep in mind, underlining the fact that the Pats will be tough to beat. 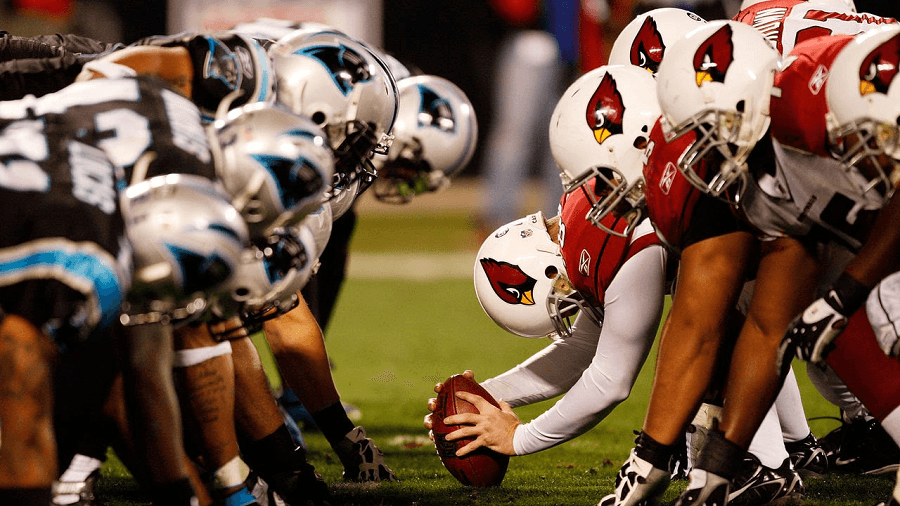 When: Sunday, January 24, 2016Kickoff: 6:40 PM ETWhere: Charlotte, NCStadium: Bank of America StadiumSpread: Panthers -3Moneyline: Arizona +148 vs Carolina -168Game Total: 47Analysis: Before we get started, let’s make one thing clear. Carolina’s defensive end Jared Allen is a good leadership presence on the field, but if he misses Sunday’s game due to his foot injury, he won’t be missed that much. Despite having 136 career sacks, reportedly tied for most among active players, he only managed to rack up a career-low two sacks this season, so the Panthers could actually be better off without him. After all, Luke Kuechly is a one-man wrecking crew and his presence in the Panthers D should almost be more than enough for Carolina to win the game. Oh, and Carolina may get some help from Arizona’s QB Carson Palmer, who struggled with his throws last week. Going by the way his passes were sailing, either that messed-up finger on his throwing hand, or the nerves of playing in the playoffs, is affecting him. Whatever the case is, that should allow the Panthers (who led the league with most interceptions this season) to intercept him once or twice. Offensively, you all know what Cam Newton has been doing this season, and you also know that TE Greg Olsen and RB Jonathan Stewart are perfectly designed to cause all kinds of problems to the blitz-happy Arizona defense, something that should allow the Panthers attack to shine once again.For Arizona haters, here’s one thing for you; I am simply tired of the If Game you’ve been played around… If the Packers had won the coin toss, they’d have won the game; If Aaron Rodgers had more offensive weapons, the Cards would have lost. Look; even your beloved Seattle wouldn’t be in the Divisional Round if Minnesota’s kicker didn’t miss an easy field goal; and the Packers would have missed a playoff spot if it weren’t for that Hail Mary pass thrown by Rodgers against Detroit. What am I saying? We can play the If Game all day. So rather than talk all those Ifs, deal with it—the Cards were not perfect, but they did enough to win the game. And last time I checked, every team in the NFL at least had one of such games this season. Back to what matters, both the Cardinals and Panthers ranked high on the stats on both sides of the ball at the end of the regular season—Cardinals (30.6 PPG scoring, 19.6 PPG allowed), Panthers (31.3 PPG, 19.3 PPG)—so it’s not like Arizona doesn’t have the pedigree to matchup to Carolina.That said, the Cardinals have admittedly struggled in their last two games and will need to put up a better performance in order to stop Carolina. Fortunately for the Cards, they enjoy better offensive weapons, especially in the passing game, than Carolina. Whereas Olsen is the go-to guy for most of Carolina’s passing plays, Palmer enjoys the luxury of three top receivers in Larry Fitzgerald, Michael Floyd and John Brown, which will make life difficult for Carolina’s defense in terms of coverage. Not to forget, the Panthers have a stellar 7-1 road record that is able to match up to Carolina’ 8-0 home record. If Zona’s ground game can limit the Panthers on the ground, and Palmer and his offense rediscover their solid regular season chemistry, an upset could be in the offing here.