NFL News and Rumors
The Arizona Cardinals may be the proud owners of the league’s top-ranked offense during the regular season, but if the Cardinals’ NFC divisional playoff showdown against the Green Bay Packers is any indication, then putting points on the board could be the thing that holds the high-scoring Cardinals from either advancing to Super Bowl or winning it altogether. Now, let’s take a look at Arizona’s total complete offense as they get set for their NFC Championship showdown against Carolina.

Arizona ranked second in passing as veteran quarterback Carson Palmer unfurled arguably his best season as a pro. The former USC star and Heisman Trophy winner finished fourth in passing yards (4,671 yards), third in quarterback rating (104.6) and tied for second in touchdown passes (35) to earn the second Pro Bowl berth of his career. Palmer leads an offense that ranked eighth in rushing thanks to the efforts of the ‘Brothers Johnson’. First, it was veteran running back Chris Johnson that carried Arizona’s rushing attack by rushing for a healthy 814 yards and three touchdowns in 11 games before getting injured.Since then, backup running back David Johnson has taken over and performed like an absolute stud. The younger Johnson, a rookie from Northern Iowa, has rushed for 581 yards and an impressive eight scores, including three games with at least 92 rushing yards over the final five regular season games when he became the starter.As far as the Arizona passing attack is concerned, Carson Palmer throws the rock early and often to future Hall of Fame wide receiver Larry Fitzgerald – and for good reason too. Now in his 12th season, Fitzgerald ‘turned back the clock’ to record his first 1,000-yard receiving season since 2011. The 2016 Pro Bowler caught a whopping 109 passes for 1,215 yards and nine touchdowns to lead Arizona’s underrated skill position players. 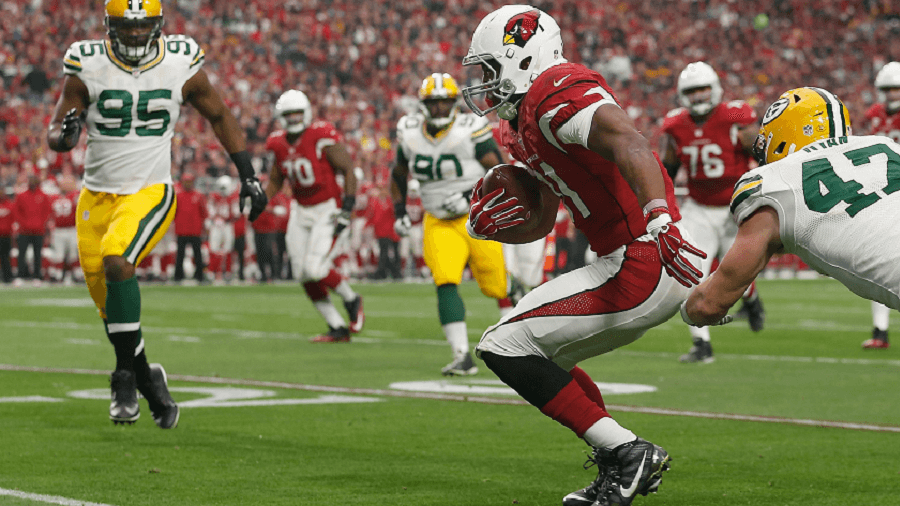 In addition to Fitzgerald, Palmer also throws the ball to David Johnson, (581 yards, 4.6 yards per carry) and underrated wide receivers, John Brown (65 catches for 1,003 yards and seven touchdowns) and Michael Floyd (52 catches for 849 yards).Arizona scored 30 points or more nine times during the regular season while reaching the 40-point plateau four times. Despite all of their offensive talent and high-scoring ways this season, Arizona struggled mightily to put away Green Bay in its 26-20 overtime win in their NFC divisional matchup last weekend.Arizona had just 75 yards of total offense at the half, including just 22 rushing yards. Carson Palmer was sacked three times in the opening half while the Cardinals’ offense had a pair of three-and-outs. If the Cards aren’t firing on all cylinders against the defensive-minded Carolina Panthers when they meet in the NFC Championship game, then they could see their season come to an abrupt halt!
Older post
Newer post