NFL News and Rumors
Following their headline-grabbing victory over the New England Patriots in the AFC Championship game, the Denver Broncos set their sights on the Super Bowl 50 trophy. But to claim the highly-coveted title, they first have to go through the red-hot Carolina Panthers, who have dispatched their two playoff opponents with ease, including the rout over the Cardinals on Sunday, and are coming off a dominant 15-1 regular-season campaign. We analyze, below, why the Broncos look like the best NFL wagering value in the Super Bowl 50 odds, complete with gambling trends to support our case.When: Sunday, February 7, 2015Kickoff: 6:30 PM ETWhere: Santa Clara, CAStadium: Levi’s StadiumSpread: Panthers -5Moneyline: Carolina -220 vs Denver +190Game Total: 45Watch: CBSStream: CBS Sports Listen: Carolina vs Denver

Denver Owns Carolina as a +5 Underdog in Current NFL Lines

In the history of the league, there have only been four meetings between the Panthers and the Broncos. And of those four games, Denver has won three (3-1 SU), along with a decent 2-2 ATS mark. This includes the last meeting between the two teams in November 2012, a game that featured the first and only career meeting between Peyton Manning and Cam Newton. The Broncos were favored as 3.5-point road favorites in that game and they went on to win it 36-14 to easily cover the posted point spread. Manning finished that game with 301 passing yards and a touchdown, while Newton passed for 241 yards and two touchdowns with two interceptions. It’s not much of a reference-point to work with, but it’s enough to show that Denver has bossed its past games against Carolina, hence there is a likelihood of a similar case happening in this game.

Super Bowl 49 was the first and only Big Game in history of NFL betting that was priced as a true pick ‘em. Before that, the underdog had remarkably covered six of the previous seven Super Bowl games (6-1 ATS), winning five of those in outright fashion (5-2 SU). In fact, the Packers win over the Steelers was the only game in which the Super Bowl favorite won and covered the spread since the Manning-led Colts defeated the Bears in the 2006 campaign. Matter of fact, since Baltimore’s Super Bowl win over the NY Giants in the 2000 season, Super Bowl betting underdogs are 10-3 ATS (not counting last year’s pick ‘em contest). Again, the biggest takeaway here is that the Broncos, who are priced as 5-point underdogs, have a lot of betting history working in their favor, both in regards to claiming an outright win or covering the spread.

10 weeks into the regular season, the Patriots, Bengals and Panthers were riding high on unbeaten records, while Denver was left for dead by many pundits and bettors. Fast forward to the end of the regular season, Denver had not only managed to beat Kansas City to the AFC West title (without Manning), but it secured the No. 1 overall seed in the conference. Then, come the playoffs, Manning led the Broncos to a tough win over the Steelers, followed by a commendable winning performance as home underdogs to the Patriots last Sunday. Beating the odds repeatedly to reach the Super is nothing to sniff at, if you asked me!Most notable about their win against New England was the fact Manning had been criticized for losing his big-game play. Yet when all was said and done, it is Manning who stood tallest, albeit with some areas still in need of improvement. Denver’s defense, which was expected to fall to the Steelers and Patriots offense, has equally managed to hold its own, continually defying odds to reach the Super Bowl.If Manning and his offense can get off to another fast start like they did vs. Patriots (Denver scored 17 of its 20 points in the first half vs. Patriots), and the defense also enforces its presence against Newton early in the game; there’s no reason the Broncos shouldn’t be able to cap their impressive run with one final win in the Super Bowl. 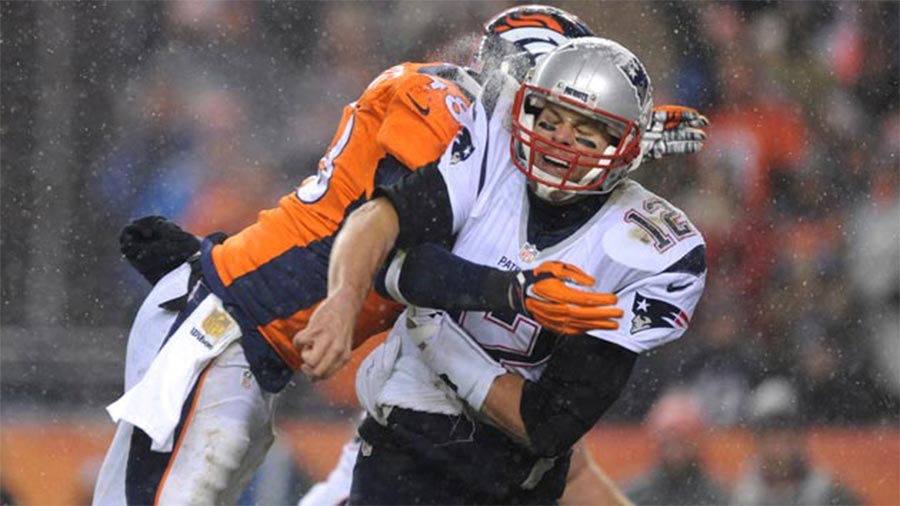 If you’ve been keen enough to follow all the proceedings of the run for the 2016 Super Bowl, starting from the Wild Card Weekend to the upcoming Big Game, you would agree with me that the playoffs tends to favor teams with the experience of playing (and winning) in previous postseason games. In fact, outside the Panthers and Chiefs, all the remaining teams that participated in the Divisional Round had all won the Super Bowl at least once in their history, with their respective QBs each owning a Super Bowl ring.I mean, the Panthers are a really good team, but the experience in Denver is something that you can’t just wish away. Here are some of the experiences I am talking about:*The Broncos made the Super Bowl in Wade Phillips’ first season as Denver’s DC in 1989. They have made the Super Bowl again in Phillips’ first year back as DC in 2015, setting several new defensive records in the process.While the Broncos have such stellar experiences to boast of, the Panthers are just making their second ever appearance in the Super Bowl (they lost their one and only appearance in the 2003 season). In addition, Newton is making his first ever Super Bowl appearance, meaning there will be a lot of nerves when he is playing, as opposed to the pressure-free games he’s been playing in the homely confines of Charlotte throughout the playoffs. And after Kansas City’s incredible 11-game winning streak was halted by the Pats due to New England’s experience, you can’t help but feel that the same could be in the offing for Newton and his Panthers.

Besides the fact that the Panthers are yet to win the Super Bowl, there are several other factors working against Carolina’s bid to win the Lombardi Trophy. For instance, of the five teams since the merger to win their conference title game by 30 or more points (the Panthers won by 34 points in the NFC Championship Game); only two went on to win the Big Game (the 1991 Redskins and the 2014 Pats). Also, teams to lead the NFL in scoring are 10-9 all-time in the Super Bowl, including losing four of the last five Super Bowls. This is bad news to the Panthers, who led the NFL in scoring with a little over 31 PPG in the regular season.

It a well-documented fact that Manning and the Broncos have struggled offensively, and however much we can try to defend them, the bottom line is that the Panthers are far-much better than Denver in the attack. But then again, so were the attacking units of the Bengals, Chargers, Steelers and Patriots—the last four teams to play Denver, who all lost to the Broncos. In fact, outside the Chargers who scored 20 points against the Broncos in the 27-20 defeat in Week 17, all the remaining three teams scored 18-or-less points. This should be a big boost-of-confidence for Denver’s ridiculously effective NFL-best defense to put up another strong performance.Meanwhile, Manning (who hasn’t thrown a pick since coming on relief duty in Week 17) and his offense should be able to find a couple of holes in the pocket to exploit aerially, along with the support of their running game, setting up a strong possibility for a winning performance.

Considering all the above pointers, it goes without saying that the Broncos are more than capable of avenging the 2013 season Super Bowl loss with a win over the inexperienced Panthers in Super Bowl 50.
Older post
Newer post