NFL News and Rumors
You asked for it, and it just so happens that the NFL football betting gods were in a giving mood, so your wishes will be granted… This Sunday, it’s going to be Tom Brady vs.  Peyton Manning 17 when the Denver Broncos host the New England Patriots in Mile High for an AFC Championship tilt. Sitting in the background of this blockbuster NFL odds game between the two canton-bound quarterbacks is the fact Brady is attempting to win two Super Bowls in a row for the second time in his NFL career, not to mention a fifth Super Bowl ring; while Manning is seeking to avoid becoming a one-hit wonder in the Super Bowl department in what many NFL betting fans, experts and analysts are calling his swansong season.So, without making the game look bigger than it already is, let’s jump straight to the NFL lines preview below and find out who is likely to emerge victorious in this mouthwatering showdown.

Why Bet On Brady and the Patriots To Win

The biggest advantage working in New England’s favor is that Brady is impressively 11-5 SU in the 16 meetings against Manning. That’s a 2-to-1 ratio of wins, showing just how dominant Brady has been in games against Manning. In addition, recent statistics have Brady on the upside, with the venerated New England quarterback going 5-2 SU against the Broncos since 2011.As if that isn’t impressive enough, Brady is remarkably 22-8 SU in his playoff career, which gives him alone more postseason wins than 23 teams in the NFL, including the Broncos. And to cap it all off, and Sunday’s date with Denver marks Brady’s tenth trip to the AFC Championship game in 15 years as an NFL quarterback.So, whereas Brady and the Patriots have struggled when playing in Mile High, as will be detailed later in the course of this article, there are more than enough reasons to believe that the 2014-15 Super Bowl MVP who led his team to a win in Super Bowl 49 will be able to finish the task at hand.  After all, the Patriots are coming off an impressive win over a stingy Kansas City defense, a formula that can be similarly used against Denver’s solid defense. And above everything else, this season’s numbers clearly indicate Manning is no longer the stellar quarterback he was, so Brady will be in for a softer challenge against Denver’s manageable Manning-led offense.

Why Bet on Manning and the Broncos To Win

The most obvious starting point of Denver’s conversation is that the Broncos were without Peyton Manning in Week 12 and Brady still lost in Denver in a stunning 30-24 come-from-behind victory, a rally that was engineered by the unheralded Denver backup QB Brock Osweiler. This loss compounded what we’ve come to know as Brady’s nightmares in Mile High. In Brady’s last eight visits to Denver, his team has collected only two wins. This includes the 2013 AFC Championship game, the last playoff meeting between Brady and Manning, where the Patriots lost 26-16 at Mile High, taking Brady’s record to 0-2 SU when playing in Denver during the playoffs. 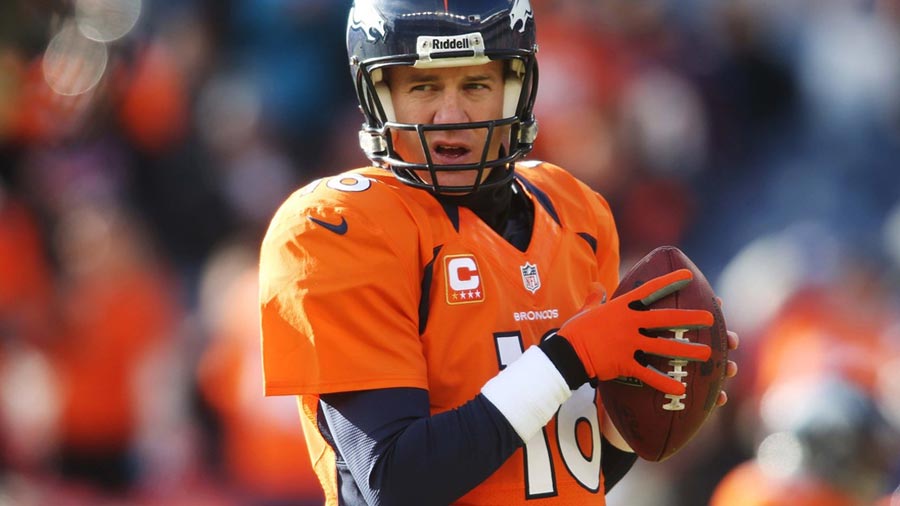 In addition, Brady and Manning’s head-to-head stands at 2-2 SU in the playoffs, with each winning at home. This suggests that Manning, who will be playing at home this Sunday, should have the upper hand. Oh, and Manning and the Broncos are 5-1 SU in their last six meetings in Denver with the Patriots, further laying credence to why many NFL betting pundits believe Manning and Denver could be due for a home upset this Sunday.Even more notably, the Broncos have generally owned the Patriots, going an incredible 17-3 SU against the Patriots in their last 20 meetings. Clearly, those struggles are hard to just wish-away, especially after Manning lost in Mile High against an easy opponent in Brock Osweiler. Therefore, even though Denver’s offense isn’t playing its best right now and Manning has been struggling with his passing game, it would be plain silly to think that the 39-year-old isn’t able to lead his team to victory this Sunday. I mean, with the support of Denver’s surging running game and the Broncos’ tried-and-found-true defense, Manning led his team to a win against San Diego in Week 17, and he repeated the same feat as a starter against the Steelers last week (despite not throwing a TD in any of those two games). That should be enough reason to believe that him and the Broncos are capable of doing the same in Mile High again this week, right?

It’s hard not to look at the two quarterbacks and their teams without being lost for choice or getting swayed by sentimentality towards one side or the other. That being said, Manning and his team are going to have all to do against New England’s sharp offense and good-enough defense. Equally, Brady and his offense will have their work cut out for them against Denver’s splendid defense. All things considered, I’d recommend you choose the side that appeals most to you as per the analysis. For me, my head is with the Manning and the Patriots, but my heart is with Manning and the Broncos, and being that my head is often right than my heart, I’ll lean on the Patriots (-3) for the win and cross my fingers that all goes well.
Older post
Newer post