NFL News and Rumors
Super Bowl 50 is right around the corner. The big game is set for February 7th between the Carolina Panthers and Denver Broncos. Both of these teams have had great seasons, so many fans are taking many factors in consideration before they bet on Super Bowl 50. In this article, we are going to take a closer look at the Broncos and do a deep dive into their season.Denver finished the regular season with a 12-4 record. They suffered losses to Indianapolis, Kansas City, Oakland and Pittsburgh. In the playoffs, they beat Pittsburgh 23-16 and New England 20-18.The Broncos were just 8-8 against the spread in the regular season and are 1-0-1 ATS in the postseason this year. Denver hasn’t faced Carolina since 2012 and have only played each other four times ever. Denver won three of the four contests and went 2-2 ATS in those four career games.This is Denver’s eighth Super Bowl appearance in the history of this storied franchise. They have only won two of the previous 7 attempts with the latest being in 2013-14 when they lost to Seattle. Let’s now shift gears a bit and talk about the odds for Denver to win Super Bowl 50.When: Sunday, February 7, 2015Kickoff: 6:30 PM ETWhere: Santa Clara, CAStadium: Levi’s StadiumSpread: Panthers -5Moneyline: Carolina -220 vs Denver +190Game Total: 45Watch: CBS

Denver is currently set as a +4.5 point underdog in Super Bowl 50. The total for this game is set at 45 right now! The general public seems to like Carolina -4.5 to start which could shift this line before February 7th comes.

Why Bet on Denver Broncos +4.5 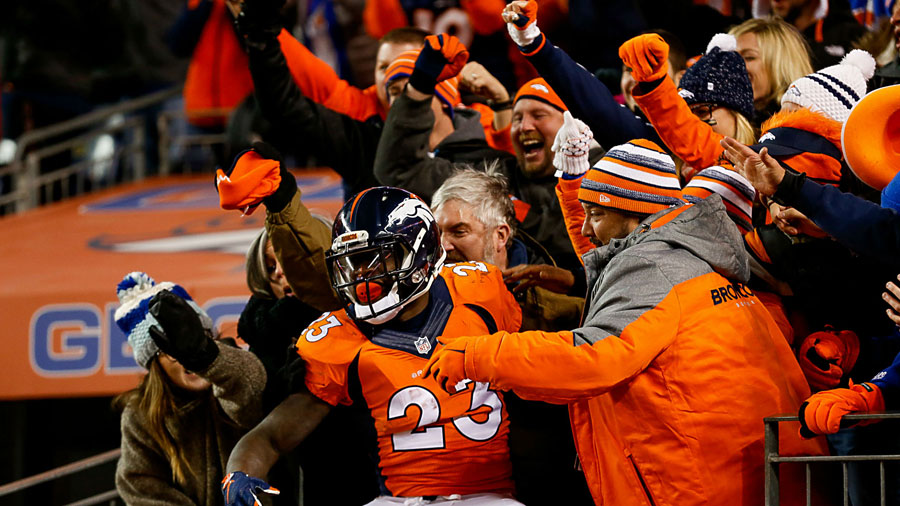 There are many great reasons you should bet on the Denver Broncos +4.5 in Super Bowl 50. First, Denver led the entire NFL in defense. They are stingy on defense and should really make it tough on Cam Newton and company. As a side note, teams that led the NFL in defense have went 9-2 in Super Bowl games in the past. That’s a good sign for Denver.Secondly, they are led by one of the greatest quarterbacks of all-time – Peyton Manning! With Manning under center you have to think Denver will keep this game close. It’s been rumored that Manning may retire after this season. He would want nothing more than a Super Bowl victory before you goes out.Lastly, it’s never a bad idea to take the points in a highly competitive Super Bowl game. 4.5 points is a lot of points to give a team as talented as Denver. Their defense may shut down Carolina and at least keep the game within a field goal’s reach.

The Denver Broncos are being counted out by many across the world for Super Bowl 50. My pick and prediction for this game is Denver 24 and Carolina 23 in a very closer game that comes down to the wire. I’m taking the points and betting on the Denver Broncos +4.5 at MyBookie.ag!
Older post
Newer post