NFL News and Rumors
With the Denver Broncos having arguably the game’s best defense this season and the Pittsburgh Steelers featuring one of the best passing attacks in all of football, something’s gotta’ give when the two Super Bowl 50 hopefuls square off on Sunday at 4:40 PM ET, live from Sports Authority Field at Mile High in Denver, Colorado.You see, the Broncos would like nothing better than to shut the Steelers’ vaunted passing attack completely down in what they’d like to be a low-scoring odds affair while the Steelers would like nothing better than to assault the Broncos early and often with their often astounding aerial attack. Now, let’s find out what’s going to go down then these two throw down this coming weekend.

When: 4:40 PM ET, Sunday, January 17, 2016Where: Sports Authority Field at Mile High, Denver, ColoradoNFL Odds: Denver -6.5Over/Under: 41The game’s Over/Under Total is off the board at most books but sits at 41 at others, likely because of injuries to Pittsburgh’s Ben Roethlisberger and Antonio Brown. The Broncos are a -250 favorite against the Moneyline while the Steelers can be had at +210.

Are you ready? #HereWeGo pic.twitter.com/GWqeQHGlWA

Why Bet on the Pittsburgh Steelers

The Pittsburgh Steelers (6/10 O/U) ranked fourth in scoring (26.4 ppg) and 11th in points allowed (19.9 ppg) and were a consistent under play as their 10 unders clearly prove. Pittsburgh has played Under the O/U Total in three straight games heading into their AFC divisional showdown against Denver this coming Sunday. However, Pittsburgh also played Over the Total in each of their previous four games, mostly because they scored 30 points or more in each contest.The Under is 8-2 in the Steelers’ last 10 road games, but the Over is 4-1 in Pittsburgh’s last five divisional playoffs games and an identical 4-1 in their last five playoff road games overall. 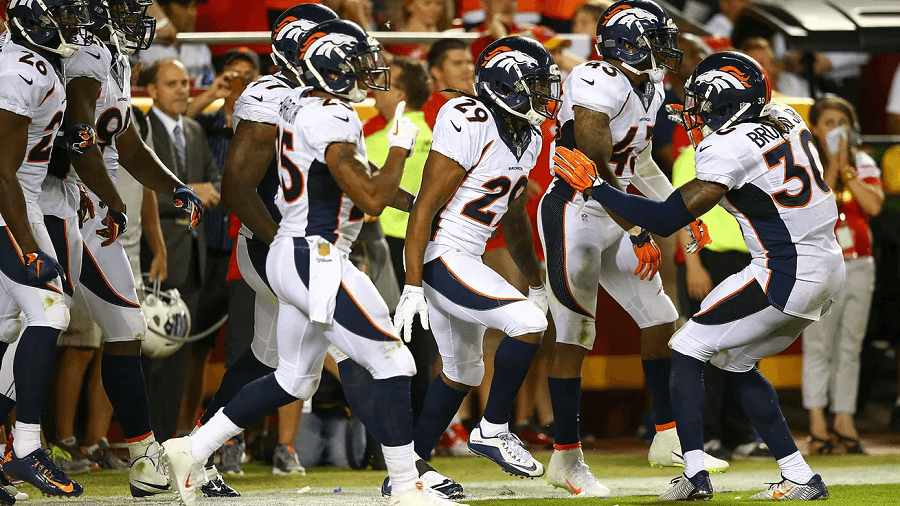 Why Bet on the Denver Broncos

The Denver Broncos (6-9-1 O/U) have a mediocre offense this season that ranked just 19th in scoring (22.2 ppg) while ranking in the middle third in every other meaningful offensive statistical category. While the Broncos struggled to score the ball this season as new head coach Gary Kubiak brought in a more conventional offense than the one Peyton Manning had been playing in for the majority of his career, Denver did field the league’s best defense in finishing first overall, first against the run and fourth in points allowed (18.5 ppg).While the Broncos produced nine under outcomes this season, they’re also 2-1 O/U over their last three games and 3-3 O/U over their last six.

For this contest, I’m going to urge you to play the Over 41 total points, mostly because I believe the point spread for this matchup is a bit too low, even for a cold weather matchup that will be played in Denver this coming weekend.The Over is 20-5-1 in the Steelers’ last 26 games in the month of January, 4-1 in their last five games against a team with a winning record and 18-7-1 in their last 26 playoff games overall. The Over is also 3-1-1 in Denver’s last five games following an ATS loss and 34-14 in their last 48 games versus a team with a winning record.Cementing my pick for the Over is the fact that the Over is 6-1 in the last seven meetings between Denver and Pittsburgh and 4-1 in the last five meetings between these title contenders when they play in Denver.My final score prediction: Denver 27 Pittsburgh 20
Older post
Newer post