NFL News and Rumors
If you’re a ‘straight-no-chaser’ kind of NFL betting enthusiast that is looking to cash in on the straight-up winner (SU) of Sunday’s AFC divisional showdown between the Pittsburgh Steelers and Denver Broncos, then you’ve come to the right place!With the Broncos set to host the Steelers this coming Sunday at 4:40 PM ET, live from Sports Authority Field at Mile High in Denver, Colorado, you’re going to get the expert betting pick that will assist you in your efforts to cash in on the outright winner of this intriguing pairing. Okay, with that said and game day quickly approaching, let’s get started,

When: 4:40 PM ET, Sunday, January 17, 2016Where: Sports Authority Field at Mile High, Denver, ColoradoNFL Odds: Denver -6.5Over/Under: 41The NFL Odds for this divisional match up have the Broncos as 6.5-point home favorites to beat the visiting Steelers while the game’s Over/Under Total is off the board at most books but sits at 41 at others, likely because of injuries to Pittsburgh’s Ben Roethlisberger and Antonio Brown. The Broncos are a -250 favorite against the money line while the Steelers can be had at +210.

Why Bet The Pittsburgh Steelers Odds at +6.5

The Pittsburgh Steelers (11-6 SU, 9-6-2 ATS, 6-11 O/U) managed to squeak past Cincinnati in one of the strangest finishes in NFL postseason history, but they’re also bruised and battered coming into this contest. Still, there are a handful of reasons why the Steelers look like a good bet in this contest.The Steelers have an explosive offense that ranked third in total offense, an identical third in passing and an impressive fourth in scoring (26.4 ppg). While the Steelers finished just 21st in total defense, Pittsburgh somehow managed to rank a solid 11th in points allowed (19.9 ppg) and have been playing some of their best defense if the season over the last six weeks or so. Pittsburgh has limited five of their last six opponents to 20 points or less while holding three of those foes to 16 points or less.The bad news for the Steelers coming into this contest is the fact that future Hall of Fame quarterback Ben Roethlisberger is still ailing after suffering a shoulder injury against the Bengals last weekend while Pro Bowl wide receiver Antonio Brown’s status is even more iffy because of the concussion he suffered after being on the wrong end of a vicious Vontaze Burfict cheap-shot.According to reports on Tuesday, the Steelers believe Roethlisberger, who suffered a sprained AC joint in his right shoulder, will be ready to go while Brown’s availability is much more uncertain because he is in the NFL concussion protocol. 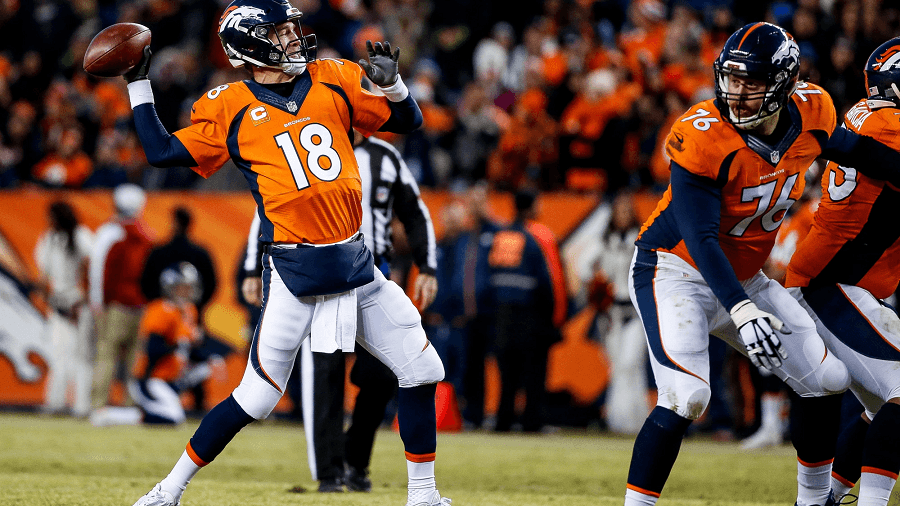 Why Bet The Denver Broncos Odds at -6.5

The Denver Broncos (12-4 SU, 8-8 ATS, 6-9-1 O/U) will be well-rested after getting a bye last weekend and they’ll be playing at home. In addition to those two reasons, the Broncos also have the league’s No. 1-ranked overall defense. Denver finished first against the pass, third against the run and fourth in points allowed (18.5 ppg).Not only that, but future Hall of Fame signal-caller Peyton Manning will be back under center for the Broncos after relieving Brock Osweiler in Denver’s regular season finale following a six-week stint as a backup following foot and rib injuries.The bad news for the Broncos and their betting backers is the fact that Manning has never won a playoff game played outdoors in which the game-time kickoff temperature was 40 degrees or colder. As of now, the predicted weather for Sunday’s pairing has a high temperature in Denver of 33 degrees.

I know the Pittsburgh Steelers can be downright explosive offensively, but they’ve also been wildly inconsistent this season and will be playing this contest at less than full strength because of the injuries to Roethlisberger and Brown in particular. While 51 percent of the betting public likes Pittsburgh to at least cover the spread in this contest, the Denver Broncos are the easy the pick to win and cash in against the NFL Money line odds as a -250 favorite.The Broncos are 16-4 SU in their last 20 home games and 7-3 SU over their last 10 home dates. Denver has also won three of their last four home games in the month of January and 7-3 SU in their last 10 games against teams from the AFC North.While the Steelers have won six of their last 10 road games and three of their last four away from home, I just don’t see Pittsburg taking out a Broncos team that has made a huge habit out of shutting down the opposition this season!My final score prediction: Denver 27 Pittsburgh 20
Older post
Newer post