NFL News and Rumors
Jameis Winston and the Tampa Bay Buccaneers will look to keep the good times rolling when they host Eli Manning and a ‘defenseless’ New York Giants team that got burnt more than a first-time arsonist in their humbling Week 8 loss to New Orleans.Now, let’s find out if the Bucs can pull off the road upset and bring home the bacon for NFL odds fans!

#Bucs Beat: A quick look at the week leading up to #Buccaneers vs. #Giants MUST WATCH: https://t.co/yb55fOrNAh pic.twitter.com/bU6iySxH03

The Giants showed absolutely no fight at all in their 52-49 Week 8 loss to New Orleans although the G-Men did earn a push as a 3-point underdog.Eli Manning threw a whopping six touchdown, but it came ft as the Giants defense allowed Drew Brees to throw an insane seven TD passes.The Giants would eventually lose on kicker Kai Forbath’s 50-yard game-winning field goal as time expired after the Saints drove 80 yards in 14 plays.The winning kick came just after the Saints’ Brees (40-of-50 for 511 yards and seven touchdowns) tied the game at 49 with 36 seconds left on a 9-yard touchdown pass to running back C.J. Spiller. That score capped an 80-yard, 14-play drive, one of six Saints’ scoring drives that covered at least 80 yards.The Giants could get a big boost to their defense in the return of defensive lineman Jason Pierre-Paul. The star end has missed the entire season after suffering a gruesome injury to his hand in a fireworks accident in July.“Yeah, I want to play, yeah,” Pierre-Paul said. “But it’s up to the medical staff; like I said, they’re taking me slowly.”Coach Tom Coughlin insisted that the Giants will not rush Pierre-Paul back.“If he’s ready, we’ll play him,” Coughlin said. “If he’s not ready, then we’ll take more time.”Despite their horrific defensive effort the last time out, Bucs quarterback Jameis Winston said he wasn’t overconfident coming into this contest.“That is Drew Brees that did that,” Winston said. “I’m no Drew Brees, but you’ve gotta just go to the next game because they’re coming with a different attitude because they’re like, ‘Drew Brees just did this to us.’ So they’re going to try to play even harder. And so they’re going to rise up to the occasion, and we have to be there to match their intensity.”Strangely enough, the Giants lead the league in turnover margin at plus-11 and have recorded 13 interceptions to tie Arizona for the league lead. 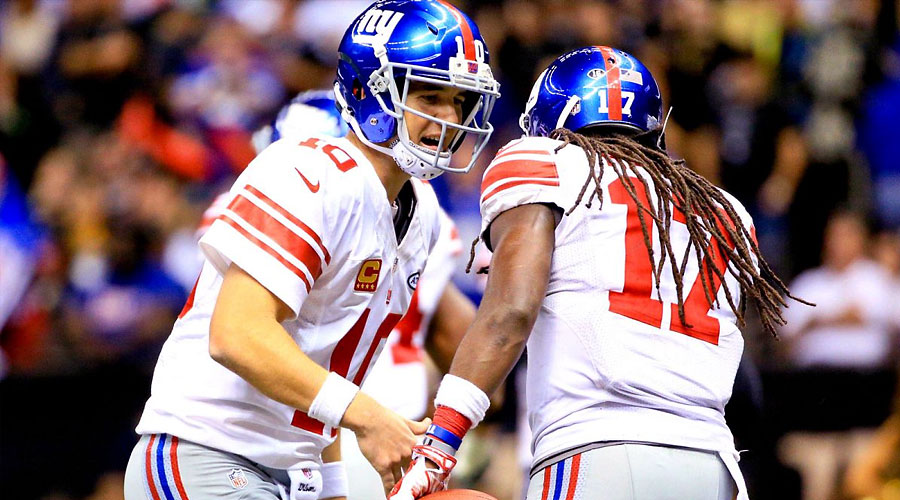 The Buccaneers picked up a surprising 23-20 overtime win over NFC South division rival Atlanta to easily cash in as an 8-point road underdog.Winston completed 16 of 29 passes for 177 yards with one touchdown, but the Bucs got the win on kicker Connor Barth’s game-winning 31-yard field goal in overtime.The No. 1 overall draft pick has tossed four touchdown passes and no picks in leading the Bucs to wins in two of their last three games while compiling an eye-opening 110.5 passer rating over the stretch.“But for a one-point decision at Washington, they would have won their last three,” Coughlin said.Not only that, but Buccaneers head coach Lovie Smith said Winston is becoming more of a locker room leader as well.“We talked about him moving more and more into that role, it’s a quarterback,” coach Lovie Smith said. “Every quarterback on every team has to be one of the primary leaders and we’re seeing that.”The Buccaneers got 71 yards on 23 carries from veteran Doug Martin and rank fourth in rushing (131.3 ypg) with Martin ranking fourth with 87.3 yards per game, although his three-game 100-yard streak was snapped in the win.

An insane 71 percent of public bettors like the Giants to bounce back and get the SU and ATS win, but I believe the best play for this Week 9 matchup is to make a Total wager on the Over.The Buccaneers have scored at least 23 points in each of their last four games while topping the 30-point plateau twice and by now, I think every NFL fan alive knows the G-Men can’t stop running water defensively.The total has gone Over in two straight and seven of New York’s last 10 games overall while the Total has gone Over three of Tampa Bay’s last four games.The Giants are desperate right now and they’re far more experienced than the young Buccaneers, but there’s no way I could bring myself to back Eli Manning and company after watching them give up a whopping 52 points against the Saints last weekend.Keep it simple and play the Over on this one!