NFL News and Rumors
The Baltimore Ravens will be looking to record their second straight win by taking down Jacksonville in their Week 10 NFL betting matchup on Sunday, but cashing in against the suddenly feisty Jaguars likely won’t be a walk in the park. Now, let’s find out if the Ravens can bring home the bacon and avoid another embarrassing loss in what has already been a season full of them for Baltimore.

#FBF to our first OT win in team history. We did it against this week’s opponent, Baltimore. https://t.co/MUdXUqdoXc

The Jaguars put up a great effort but suffered a narrow 28-23 loss to the New York Jets in Week 9 though they covered the NFL betting line as 7.5-point road underdogs to improve to 2-0 ATS over their last two games. The Jaguars out-gained the Jets by a whopping 436 yards to yards, 290 but couldn’t overcome four costly turnovers, including three in the fourth quarter while failing to force a single turnover from the Jets. “We just didn’t finish,” Jaguars head coach Gus Bradley said. “You look back at it, really, a lot of these were self-inflicted — the turnovers and the penalties at inopportune times.” Quarterback Blake Bortles completed 24 of 40 passes for 381 yards with two touchdowns and two interceptions. “We put up a ton of yards, did a lot of good stuff,” said Bortles. “But it’s the plays you missed out on that you think about at night — the ones you didn’t make when you had a chance to make it and hopefully put up more points.” Wide receiver Allen Hurns had five catches for 121 yards and one touchdown while fellow wideout Allen Robinson added five catches for 122 yards. “There’s lessons from wins — I’d like to be up here talking to you (saying) ‘Hey, we can learn these from wins,'” Bradley said. “But we’ve got to learn these lessons from losses as well.” The Jaguars rank 22nd in scoring (21.2 ppg) and 30th in points allowed (29.4 ppg).

The Ravens picked up a hard-fought 29-26 win over struggling San Diego in Week 9 despite failing to cover the spread as a 4.5-point home favorite. 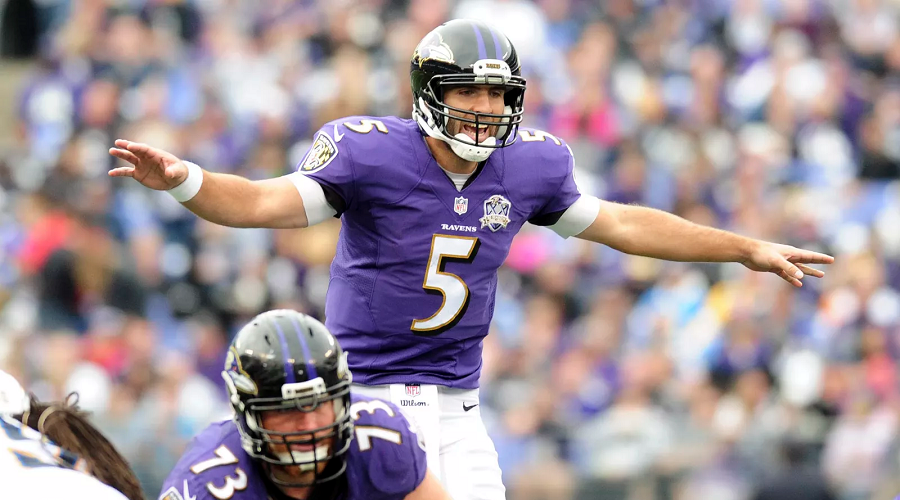 Quarterback Joe Flacco completed 25 of 37 pass attempts for 319 yards and one touchdown and the Ravens overcame three touchdown passes from Philip Rivers to get the win. Flacco engineered the game-deciding drive in the final two minutes, leading Baltimore to position to strike before kicker Justin Tucker nailed a game-winning 39-yard field goal with three seconds remaining. “Joe Flacco made plays under duress,” Ravens coach John Harbaugh said. “He always plays that way, but he stepped up today and made some plays that were phenomenal football plays that great players make.” Unfortunately, the Ravens suffered a huge loss when veteran wide receiver Steve Smith tore his Achilles tendon late in the third quarter, effectively ending his career after he announced his retirement following the 2015 campaign. Baltimore ranks 15th in scoring (23.8 ppg) and 25th in points allowed (26.8 ppg).

I don’t know what the hell has gotten into the Jacksonville Jaguars lately, but I’m going out on a limb to say they cover the spread against Baltimore by pushing the Ravens for the outright win! The Jags have covered the spread in two straight games and three of their last five games overall, but even in defeat, Jacksonville has been quite impressive. The Jaguars beat the Bills in Week 8 and gave the Jets al they handle this past weekend after battling the Buccaneers and Colts extremely tough earlier last month. Conversely, Baltimore is just 2-3 SU and 1-3-1 ATS over their last five games while compiling a pitiful 0-6 ATS mark over their last half-dozen home games. Jacksonville is 4-2 ATS over its last six games and 5-4-1 ATS over their L/10 games overall. Believe it or not, I like the Jags to cover the spread in a closer-than-expected affair. My Pick: Baltimore 27 Jacksonville 23
Older post
Newer post