NFL News and Rumors
If you’re fired up about this weekend’s NFC divisional showdown between the Green Bay Packers and Arizona Cardinals and you’re looking to gather as much pertinent betting information as possible, then you’re in luck thanks to the bettor-friendly management at MyBookie.ag Sportsbook!You see, thanks to this expert betting preview on Saturday’s huge matchup, you’re going to be well-armed with some professional knowledge tat could help you strike pay dirt big this coming weekend. Okay, with the two NFC Super Bowl hopefuls set to square off on Saturday at 8:15 PM ET, live from University of Phoenix Stadium in Glendale, Arizona, let’s take a look at the NFL game odds and other info heading to this game.

Green Bay vs. ArizonaWhen: 8:15 PM ET, Saturday, January 16, 2016Where: University of Phoenix Stadium, Glendale, ArizonaNFL Odds: Arizona -7Over/Under: 50Oddsmakers currently have the Cardinals listed as 7.5-point home favorites after opening at 7.5 against the visiting Packers. The game’s total is sitting at the same 50 points it opened at.

Why Bet The Green Bay Packers Odds at +7

Why Bet The Arizona Cardinals Odds at -7

The Arizona Cardinals (13-3 SU, 9-7 ATS) had the league’s best offense this season as they finished first inside the top 10 in all four major statistical categories, including first in total offense (408.3 ypg), second in passing (288.5 ypg), eighth in rushing (119.8 ypg) and second in scoring (30.6 ppg).Defensively, the Cardinals also ranked inside the top 10 in all four major defensive statistical categories, including fifth in total defense (321.7 ypg), eighth against the pass (230.4 ypg), sixth against the run (91.2 ypg) and seventh in points allowed (19.6 ppg). The Cards are also playing solid football, even though they had their impressive nine-game winning streak snapped in their humbling 36-6 loss to Seattle in their regular season finale. 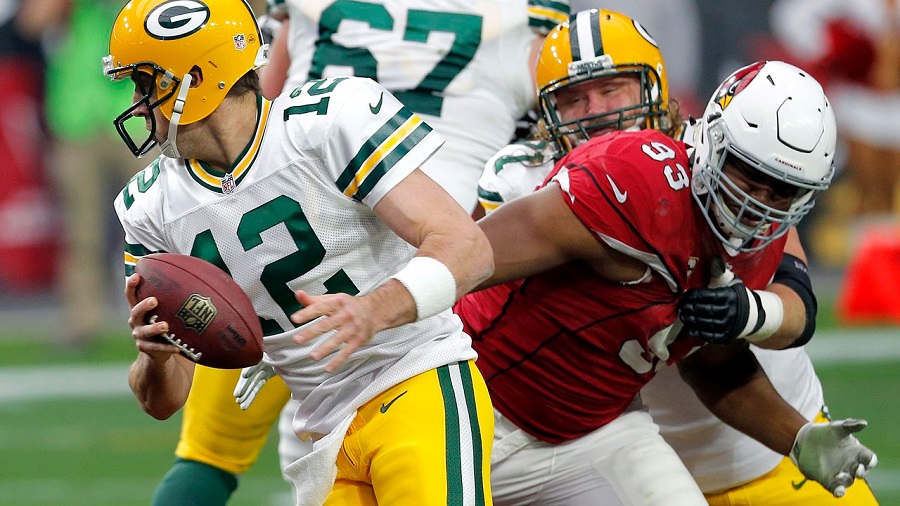