I don’t know how else to say it except that Carolina’s opponents this season have largely been limited to singing the aforementioned lyrics by the now legendary Fat Boys rap group. All jokes aside, you might as well be going to prison when the Panthers show up with their ‘lockdown’ defense!Carolina ranked sixth in total defense (322.9 ypg), 11th against the pass (234.5 ypg), fourth against the run (88.4 ypg) and sixth in points allowed (19.2 ppg), some interesting stats players should consider before betting on the Panthers vs Cardinals game this weekend.The Panthers had four defensive stars earn Pro Bowl berths. Here’s a brief look at them.

Kuechly missed three-and-a-half games after suffering a concussion in Carolina’s regular season opener, but still managed to lead the Panthers in tackles with 121 tackles. Kuechly has also improved in pass coverage and looks as fast as any linebacker in the league today if you ask me.

Short may be the least known of Carolina’s four Pro Bowl defenders, but the third-year star has been downright dominant in the middle of Carolina’s defense. Short’s nine regular season sacks rank third in the NFL among all defensive tackles, not to mention the fact that he’s also forced three fumbles while recovering two.

Josh Norman has made a habit out of shutting down opposing wide receivers all season long. Norman was one of just eight players with multiple defensive touchdowns this season and racked up three forced fumbles to tie for the most among defensive backs.Norman’s 19 interceptions/passes defended are tied for fourth-most in the NFL and opposing quarterbacks had a pitiful passer rating of just 54.0 when going up against Norman, which was the lowest among all cornerbacks Make no mistake about it NFL betting buffs…Josh Norman is as elite as any cornerback in the game today.<center 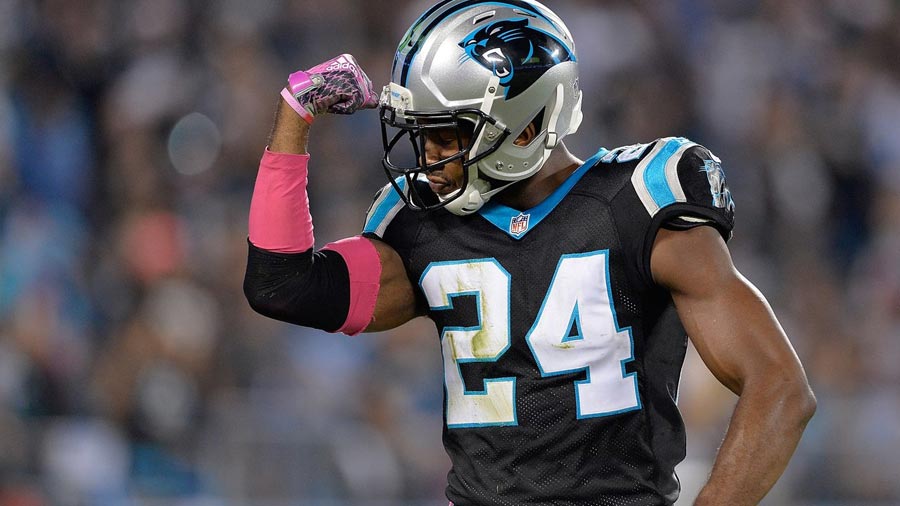 There’s a reason I saved veteran linebacker Thomas Davis for last and it’s because he’s long overdue for a Pro Bow nod. Davis finished second to Kuechly in tackles with a whopping 113. The figure marks Davis’ fourth consecutive 100-plus tackle season. Davis also added a career-high 5.5 sacks while adding three interceptions, four forced fumbles and two recoveries.“It’s truly an honor to be selected to the Pro Bowl,” Davis said. “All the hard work and dedication I’ve put into the game has paid off. I’m extremely excited and I couldn’t be more thankful to the fans who took their time to vote me in, as well as my fellow players and coaches.The Panthers gave up 30 points or more three times during the regular season, but limited the opposition to 16 points or less six times while giving up 10 points or less four times. Carolina also led the league in takeaways with a whopping 39 while finishing first in turnover differential at plus-20.If you didn’t know before, now you know…Carolina’s defense – and not Cam Newton – could carry them all the way to the Super Bowl 50 title!
Older post
Newer post