NFL News and Rumors
Philip Rivers and the reeling San Diego Chargers will look to take down Blake Bortles and the suddenly streaking Jacksonville Jaguars when the two AFC teams square off in a matchup that suddenly looks a lot more intriguing that originally anticipated.Now, let’s find out which one of these teams will bring home the bacon.

The Chargers look like they’ve pretty much quit on head coach Mike McCoy and enter this contest riding a dismal six-game losing streak that includes a pathetic 33-3 loss against Kansas City last weekend as a 3-point home favorite.Veteran quarterback Philip Rivers was limited to a season-low 178 passing yards against the Chiefs after throwing for at least 300 yards in each of his previous five games.“I think it’s just about being a pro at this point. Are you going to be a man and come to work every day and do your job? I think that is what it is,” he said. “The ball is going to get kicked off next Sunday and Jacksonville sure the heck isn’t going to feel sorry for us.”The Chargers are 0-4 on the road this year and have lost five straight away from home dating back to last season. 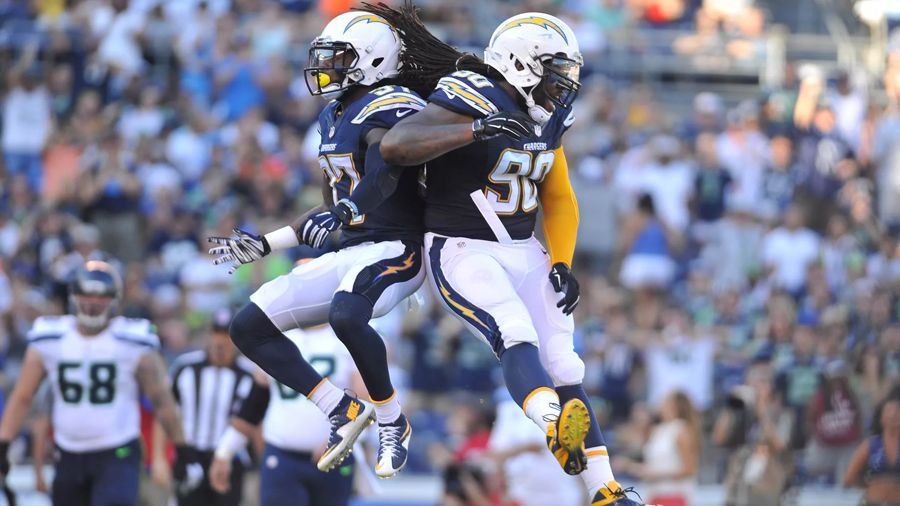 The Jaguars have won two straight and three of its last four games and suddenly looks as competitive as any young team in the league right now. The Jags picked up a hard-fought 19-13 win over AFC South rival Tennessee last weekend to cash in as a 3-point home fave.“It’s been great to see us come together and start to win some games. It’s exciting to see where we can go,” linebacker Paul Posluszny said. “We know we have a lot of potential when we look back at the games. We know we can play better and better. It’s exciting to be in this environment and have this opportunity.”Now, Jacksonville will look to match their longest winning streak since 2007 and keep their slim playoff hopes alive in the AFC South as they currently sit just one game behind both Indianapolis and Houston for the division lead.Blake Bortles completed 21 of 30 passes for 242 yards with one touchdown and one interception against the Titans and has thrown at least two touchdown passes in five of his last six games while hooking up with wide receiver Allen Hurns for a touchdown in seven of the last eight games.

I’m stunned that 53 percent of the betting public likes San Diego to get the ATS cover in this contest! For me, I believe the Jacksonville Jaguars are the easy pick in this contest for a handful of reasons.First and foremost, the Jags have a ton to play for as they try to keep their playoff hopes alive. Second, the Jags have the slightly better defense in this matchup and lat but not least, they’re playing at home.San Diego is 5-16 ATS in its last 21 games and 3-13 ATS in their last 16 games against their AFC conference rivals.While the Bolts have gone 1-8 ATS in their last nine games against a team with a losing record, Jacksonville has gone 4-0 ATS in their last four games and 6-2 ATS in their last eight games against a team with a losing record.Last but not least, the favorite in this series is a perfect 5-0 ATS in the last five meetings while the home team has gone 5-2 ATS in the last seven meetings.Believe it or not, the Jacksonville Jaguars are the pick to win and cash in!