NFL News and Rumors
New England Patriots (12-4, No. 2 seed in the AFC) and the Kansas City Chiefs (12-5, No. 5 seed in the AFC) will be squaring it off in the NFL odds this Saturday, January 16 when the two conference foes clash at the Gillette Stadium, Foxboro, starting at 4:35 PM ET on CBS. The Gillette Stadium has been a renowned fortress for the Patriots, but can Tom Brady and Co. survive the onslaught of the surging Chiefs, who’ve won an NFL-best 11 straight games since their 1-5 start to the 2015-2016 NFL betting season? Find out what our game analysis has to say, as we take you through a Moneyline (SU) preview of this all-important matchup that will determine who progresses to the AFC Championship game.

We do it #ForTheKingdom. The next step starts this Saturday at 3:35 PM on CBS. https://t.co/xwpXjutVu1

With 11 straight wins in Kansas City’s name, including Saturday’s 30-0 shutout road win over the Houston Texans, Andy Reid’s Chiefs have done more-than-enough to warrant them being taken as serious contenders for the AFC Crown, if not the Super Bowl 50 title. The fact that the Chiefs will be facing a watered down version of the Patriots, which lost its last two straight games to two teams that missed the playoffs (Bills and Jets) and finished the season on a 2-4 SU run, should especially be a big motivation for Kansas City to fight for another road win.Not to mention, Kansas City is 5-0 SU in its last five games on the road, so it’s not like the Chiefs have been a bad road team. Mind you, this is a Kansas City team that thrashed New England 41-14 when the two teams met in 2014, and the just-ended Wild Card weekend saw all the road teams sweep their fixtures for the first time in NFL history. So, if Kansas City can stick to the basics of their resolute defense (allowing just 11.6 PPG in their 11-game winning streak) and opportunistic offense (led by QB Alex Smith who has 11 touchdowns and five interceptions in his last seven games); then there’s no reason the Chiefs should be able to upset the Patriots for another road win. 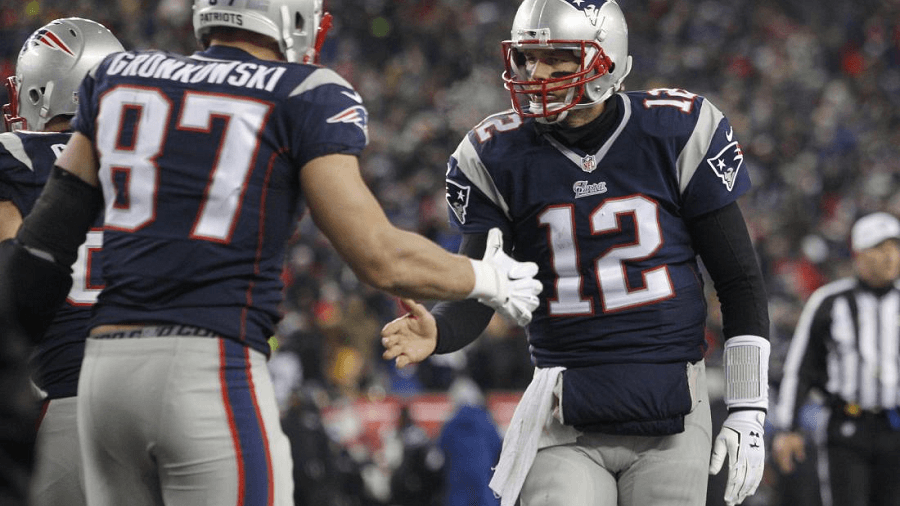 Even with their injury concerns and the fact that they are coming into this game on the back of a two-game slide, you’d be a fool to expect the Patriots to play badly in the playoffs. Bill Belichick and his squad live and thrive on the pressure of playing well in the postseason games, something that is affirmed by Belichick’s six AFC Championship titles and four Super Bowl titles (and a total of six Super Bowl appearances) since joining the Pats in 2000.As for efficiency, Brady has been able to wreak havoc on opposing teams despite his banged-up squad, an important reason why he led the NFL with 36 regular-season TDs. So, even with his limited options, his partnership with the trio of Danny Amendola, Julian Edelman and Rob Gronkowski should produce a good number of TDs to help New England’s cause.Then, of course, there is the biggest advantage of them all—New England’s stellar reputation at home. In their last 25 home games, the Patriots have lost just twice, including only one loss at home this season to finish the year with a 7-1 home mark. Even more relevantly, the Patriots are impressively 5-2 SU in their last 7 overall games against Kansas City, and 5-0 SU in their last five home games against the Chiefs, underlining their dominance over the Chiefs, especially when playing at home. Combined with the fact that the Patriots had a first-round bye and come into this game more rested than the Chiefs, a win for New England looks very likely this Saturday.

Honestly speaking, I really like the Chiefs a lot and the way they’ve been playing gives me a strong reason to believe that they’d be able to upset the Patriots. Even so, I have been in this position before severally, and I have repeatedly seen the Patriots somehow finding ways to win against even the best of opponents, especially when playing at home in the playoffs. And because of that sole reason, I feel that trusting the Patriots would be the safe bet here.My SU (Moneyline) Pick: New England (-240).
Older post
Newer post