NFL News and Rumors
If you’re thinking about betting on the Kansas City Chiefs to beat the New England Patriots in their intriguing AFC Divisional round playoff matchup on Saturday and you’re looking for reasons why the Chiefs are the right team to bet on, then you’re in luck!Thanks to this expert NFL betting odds analysis on the Chiefs chances of beating the Pats to reach the 2016 AFC title game, you’re going to be able to maximize your chances of cashing in with a potentially winning wager on this pairing.Okay, with all of that said, let’s get started.

The Chiefs (12-5 SU, 9-8 ATS, 8-8-1 O/U) are undoubtedly the hottest team in all of football and will ride an 11-game winning streak into their divisional matchup against the Pats. Making things even better for NFL gaming enthusiasts that like the Chiefs is the fact that Kansas City has gone 6-3 ATS over  their last nine games including their ATS cover as a 3-point favorite against Houston this past weekend.

They’ve Got a Solid Offense!

No, the Chiefs aren’t what I’d call explosive, but they certainly can score the ball as they ranked ninth in scoring (25.3 ppg) and sixth in rushing (127.8 ypg). I’m also going to say that, despite being ranked 30th in passing (203.4 ypg) Kansas City passes the ball extremely well – and safely – I might add.Veteran quarterback Alex Smith completed an impressive 65.3 percent of his passes for 3,486 yards with 16 touchdowns and seven picks while compiling a quarterback rating of 95.4. No. 1 wide receiver Jeremy Maclin is about as good as they come at his position, but the high ankle sprain he suffered against Houston bears watching as the Chiefs get set for New England.The good news for Kansas City s that tight end Travis Kelce earned a pro bowl berth by catching 75 passes for 875 yards and five scores.

They’ve Got the Better Defense!

The Chiefs will have the better defense when they take on New England and that could be significant.Despite ranking in the top 10 in all four major defensive statistical categories, including third in points allowed (17.9 ppg) Kansas City doesn’t get nearly the same amount of recognition for their powerful defense that some other top defenses get.No matter…Kansas has three players, including linebackers Justin Houston and Tamba Hali, along with rookie cornerback Marcus Peters, that all earned Pro Bowl berths this season and could make their presences felt against an immobile Tom Brady and a Patriots team that has seen their receiving corps decimated by injuries. 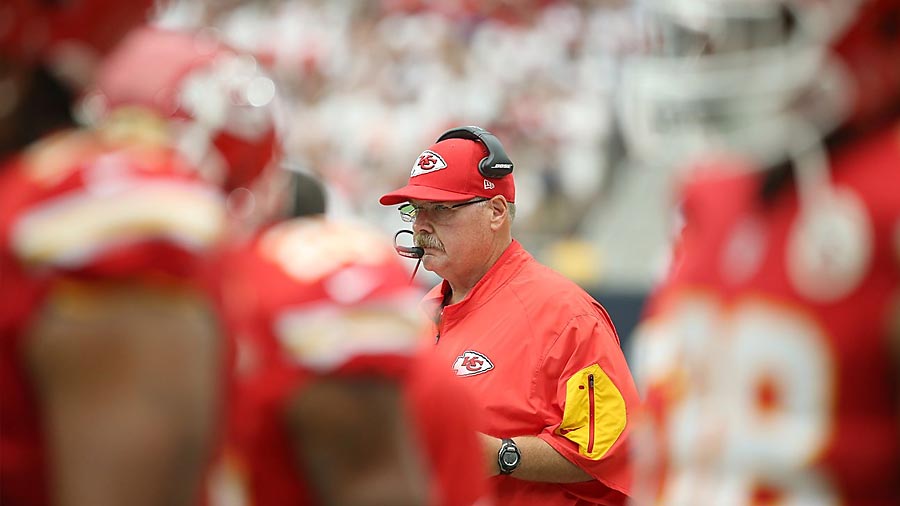 Sure, New England head coach Bill Belichick is widely recognized as the best in the game today, but I fully believe that Chiefs’ head coach Andy Reid is among the most elite coaches in the game today and his record backs that claim up.The former Philadelphia Eagles head coach has gone 32-17 in three seasons with the Chiefs after going 130-93 in 14 seasons with Philadelphia. Reid is 11-10 in 21 career playoff games, including 1-1 with Kansas City. Make no mistake about it, Andy Reid will not get out-coached by Belichick in this contest.

The Chiefs went 5-3 SU and ATS on the road during the regular season and pounded the snot out of the Texans in Houston 30-0 on Saturday to easily cash in as a 3-point road fave. Kansas City has won five straight road games while posting a perfect 5-0 ATS mark over the span.Make no mistake about it NFL gridiron gamblers, not only are there are a number of reasons to back the Kansas City Chiefs to cover the spread in this contest, but I believe they’re also a great pick to do so by winning outright!
Older post
Newer post