NFL News and Rumors
Thanks largely to their staggeringly efficient defense, the Denver Broncos are back to the Super Bowl, and their opponent is none other than the Carolina Panthers and their dynamic offense. As Denver prepares for this record-tying eighth trip to the Big Game, here is a brief NFL betting preview on Denver Broncos odds to end the season as the 1-ranked defense in the league.

Despite leading the NFL in several defensive categories (both against the pass and run) in the regular season, including sacks (52), most pressure generated on opponent dropbacks (35 percent), fewest yards per rush this season (3.28) and fewest passing yards per game; the Broncos were still considered as distant favorites to reach the Super Bowl, mainly because of the potential opponents they were to face in the AFC playoffs.Their first test came against the Steelers, a game where they limited Ben Roethlisberger and Pittsburgh’s strong pass-oriented offense to just 16 points in a 7-point win. Up next was Tom Brady and New England’s conference-best offense. Once again, Denver’s pass rush defense rose to the occasion, sacking Brady four times (led by Von Miller’s playoff-record 2.5 sacks in a single game) and intercepting him twice. Meanwhile, Denver’s rush defense—which finished the regular season allowing the third-fewest rush yards per game (83.6)—was equally up to the task, holding New England’s rusher in check to the point that Brady was the Pats’ leading rusher with 13 yards, as everyone else totaled just 2.6 yards per carry on the ground. Then, of course, there were a couple of other vintage defensive plays in the game against New England, including two vital fourth down stops late in the fourth quarter to prevent potentially game-tying scoring drives.With such a balance–allowing just 4.5 yards per play, tops in the NFL, and first in the league at stopping both the run and the pass with 3.3 and 5.7 yards per attempt, respectively,– Carolina is guaranteed to have a time in moving the chains, both aerially and on the ground during the Super Bowl 50 meeting. 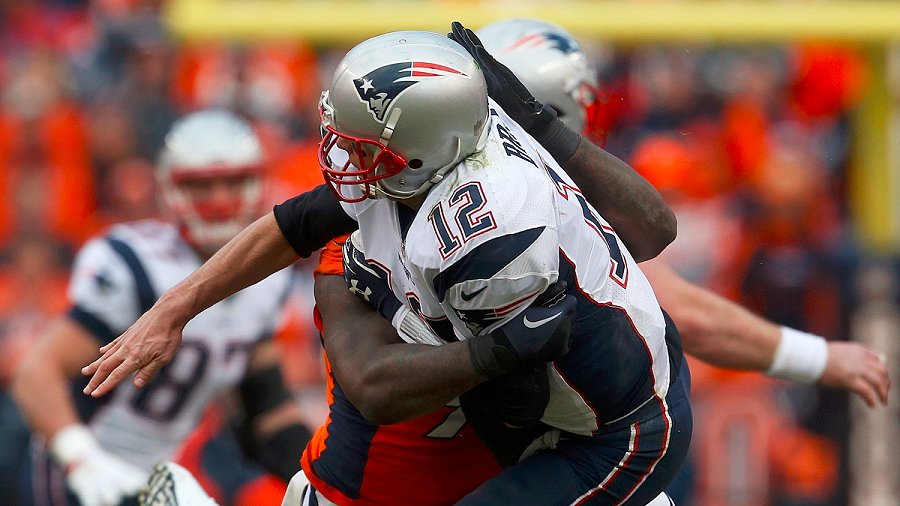 Previous Meeting in Context, A Defense you Can Bet On

Both Manning and Newton have irrefutably evolved since the last meeting between the Broncos and Panthers in 2012, which was in fact the only meeting between the two quarterbacks. Manning, as we all know, is not having his best of seasons while Newton is enjoying his best-ever and most productive season in the NFL. Still, history has a knack for repeating itself in the NFL betting lines, so it would be worthy for you to take note of this; when the Broncos played the Panthers in 2012, Denver beat Carolina 36-14 in Charlotte, and Newton was faced massive pressure, getting sacked seven times, which saw him post a career-low 5.9 Total QBR in the game. If the Broncos defense can show up in the same way, like they have done to nearly all QBs this season, Newton and his Panthers offense could be in for mega trouble.

Final Remarks Before Betting on SB50

February 7th is just a dozen days ahead, so we’ll soon be finding out if Denver’s defense can live up to its hype in Santa Clara for the auspicious prize of the Super Bowl 50 crown, a befitting send-off gift for Manning as the curtains close to his venerated NFL career. Newton and his Panthers offense are far from pushovers, but Denver’s D is one of the most high-quality defensive units we’ve seen in over a decade, so it won’t be a surprise if this stellar defense carries the day on the grandest of all platforms, the Super Bowl.
Older post
Newer post