NFL News and Rumors
The Denver Broncos just cashed in as an underdog (as I predicted) by beating the New England in their narrow 20-18 divisional round win, but Peyton Manning and company will be hard-pressed to duplicate their feat as underdogs when they face Cam Newton and the streaking Carolina Panthers in their intriguing Super Bowl 50 pairing in 13 days. Is it possible the Broncos could win outright or simply cover the spread as 4.5-point dogs? Of course it is…I just don’t believe it’s likely. Now, let’s find out why!

Who: Carolina Panthers (15-1) vs Denver Broncos (12-4)When: Sunday, February 7, 2015Kickoff: 6:30 PM ETWhere: Santa Clara, CAStadium: Levi’s StadiumSpread: Panthers -3.5Moneyline: Carolina -185 vs Denver +160Game Total: 43.5Watch: CBSAnalysis: First and foremost, the Broncos have fared well as an underdog of four points or less, going 7-3 SU and ATS in their last 10 such games. If you’re getting Manning and company as a bit more than a 4-point dog, then you should know that Denver is 6-4 SU and ATS as an underdog of six points or less.There’s a bit more disturbing news for Broncos betting backers in the fact that, while Denver has gone 7-3 SU in their last 10 games against their NFC South counterparts, they’re also just 5-5 ATS over the stretch, though they have won and covered the spread in each of their last three meeting against NFC South teams.Still, one of the best reasons to back the Broncos is their stupendous, league-leading defense. Denver gave up just one, 100-yard rushing performance and one 300-yard passing day all season long. While Carolina quarterback Cam Newton presents a completely unique challenge, if the Broncos can stymie the great Tom Brady, the can probably stymie anyone, Newton included.While the Broncos have been completely mediocre in ranking in the middle third across the board offensively, strangely enough, Denver’s willingness to balance out their offensive game plan and rely less on Manning’s right arm than ever, has paid benefits. “It’s been a unique season and this game today was a unique football game, Manning said about the Broncos 20-18 win over the Patriots. 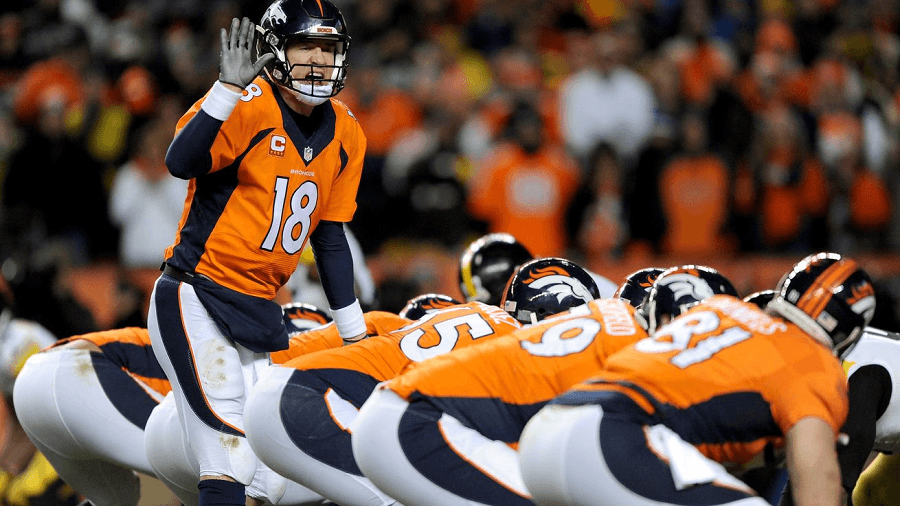 Can Manning’s Experience Shift the Odds For Denver?

While Manning is more of a ‘game manager’ today than he ever has been, apparently that’s the way head coach Gary Kubiak and team President John Elway like it. “He understands where he is and what we’re trying to do offensively,” Elway said. “He has always been a great game manager, but even more so now.” “He’s going to do what he has to do to win,” Broncos coach Gary Kubiak said. “He’s one of the greatest competitors ever in this league.”While the Broncos have the league’s top-ranked defense, one area where they didn’t excel was in turnover differential. Denver finished tied for 19th at minus-4 while Carolina led the NFL at a whopping plus-20.The Broncos are 4-1-1 ATS in their last six games against a team with a winning record, but I say beware of the Broncos’ 2-5-1 ATS mark in their last eight playoff games and 1-5 ATS mark in their last half-dozen games following an ATS win.Can the broncos pull off the Super Bowl 50 upset? Yes they very well could, but again, I don’t think it’s likely!
Older post
Newer post