NFL News and Rumors
I came to get down,I came to get downSo get out your seats and jump aroundJump around, jump around, jump aroundJump up, jump up and get down. – House of PainIf you’re looking to cash in on the ATS betting winner of Sunday’s intriguing divisional throw-down between the Pittsburgh Steelers and Denver Broncos, be prepared to ‘jump around’ just like the aforementioned lyrics from old-school rap group, House of Pain.You see, when these two AFC Super Bowl hopefuls square off in one of the more interesting matchups on the entire divisional round docket, you’re going to be well-armed with a great ATS pick that will help you in your efforts to boost the annual NFL betting bankroll before the conclusion of the 2015-16 season.With all of that said, let’s rock and roll!

What: Pittsburgh Steeler at Denver BroncosWhen: 4:40 PM ET, Sunday, January 17, 2016Where: Sports Authority Field at Mile High, Denver, ColoradoNFL Odds: Denver -6.5Over/Under: 41The NFL Odds for this divisional matchup have the Broncos as 6.5-point home favorites to beat the visiting Steelers while the game’s Over/Under Total is off the board at most books but sits at 41 at others, likely because of injuries to Pittsburgh’s Ben Roethlisberger and Antonio Brown. The Broncos are a -250 favorite against the Moneyline while the Steelers can be had at +210.

Why Bet The Pittsburgh Steelers Odds at +6.5

The Steelers have a future Hall of Fame quarterback, an explosive passing attack that fuels their high-scoring offense, a great head coach and a defense that is playing their best football of the season. Those are all of the legitimate reasons to back the Steelers to beat the Denver Broncos this coming Sunday.What could hold the Steelers back however is the fact that starting quarterback Ben Roethlisberger has a bum shoulder and super elite wide receiver Antonio Brown could miss this game altogether because of the cheap-shot he endured in Pittsburgh’s wild card win over Cincinnati.The Steelers will also have to monitor the health of veteran running back DeAngelo Williams who missed last weekend’s win with a high ankle sprain.

Why Bet The Denver Broncos Odds at -6.5

The Denver Broncos have the game’s best defense this season, a future Hall of Fame quarterback, a well-respected head coach and will be playing at home in this AFC divisional date.Those are all of the wonderful reasons to back the Broncos to bring home the bacon in this matchup, but there are a couple of negatives as well.First and foremost, Peyton Manning may be going into the Hall of Fame at some point in the near future, but he’s also been a career underachiever in the postseason and one that has never won a playoff game played outdoors in which the game-time kickoff temperature was 40 degrees or colder.Unfortunately for the Broncos, the current prediction for Sunday’s weather forecast is calling for a high temperature in Denver of 33 degrees. The Broncos also have a mediocre offense that ranked in the middle third in all four major statistical categories, including scoring (22.2 ppg, 19th). Denver has reached the 30-point plateau just once in their last six games and twice all season long. 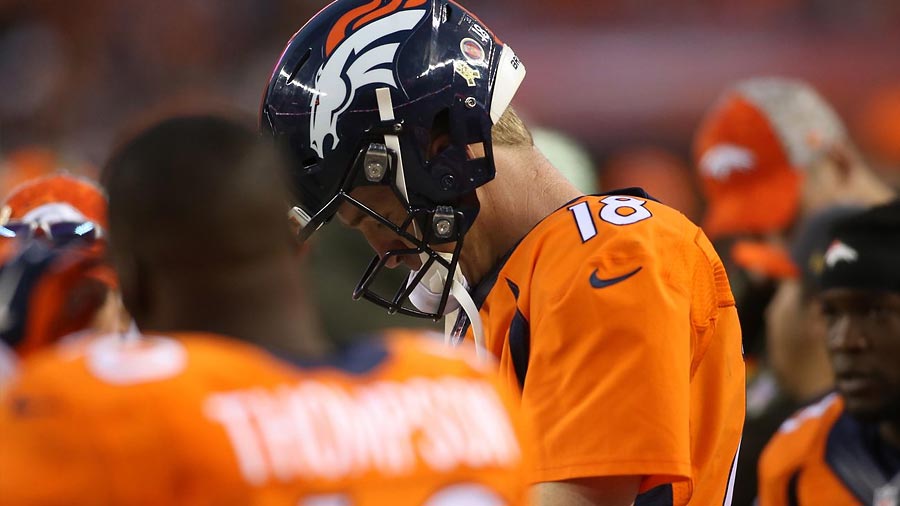