NFL News and Rumors
If you love making value-packed teaser picks that allow you to move the point spread or game total in the direction you want and you’re looking to cash in on the quickly-approaching Super Bowl 50 showdown between the Carolina Panthers and Denver Broncos, then, you’re going to love this ‘dynamic duo’ of SB50 betting picks. With that said, let’s get started.

When: Sunday, February 7, 2015Kickoff: 6:30 PM ETWhere: Santa Clara, CAStadium: Levi’s StadiumSpread: Panthers -5Moneyline: Carolina -220 vs Denver +190Game Total: 45Watch: CBSListen: Carolina vs DenverThe Denver Broncos are currently 4.5-point underdogs to pull off the Super Bowl 50 upset over the Carolina Panthers after opening as 3.5-point underdogs. The Super Bowl 50 game total is sitting at the same 45.5 points it opened at. I’m going with a pair of teaser picks that allow me to move the line six points in Carolina’s direction, taking them from a 4.5-point favorite to a 1.5-point underdog. I’m also going to move the Over/Under game total down six points from 45.5 to 39.5 total points.

I’m going to get right to the point by saying that the 63 percent of public bettors that like the Carolina Panthers to get the ATS win are right on the mark! Not only do the Panthers have the league’s top-ranked scoring offense this season (31.2 ppg), but they’ve also been equally dominant on the defensive side of the ball.Offensively, Carolina put 31 points on the board against Seattle in the divisional round before routing Arizona in their stunning 49-15 win in the NFC Championship game on Sunday. Defensively, the Panthers ranked sixth in total defense (322.9 ypg) and an identical sixth in points allowed (19.2 ppg) and have allowed just 39 combined points in their two postseason games so far.Carolina has gone 6-4 SU and 7-3 ATS in their last 10 games as an underdog of two (2) points or less and 3-1 SU and ATS in their last four such games. Looking back even further cements this pick with the Panthers going 10-4 SU and a blistering 11-3 ATS in their last 14 games as a dog of two points or less. Denver is just 5-5 SU and 4-5-1 ATS in their last 10 games as a favorite of two points or less, but are a winless 0-3 SU and ATS in their last three such games.In addition to all of these trends which clearly point to a Panthers SU and ATS win, I just don’t see the Denver Broncos – or anyone else for that matter – being able to stop Carolina dual-threat signal-caller cam Newton in what looks like a date with destiny to me. 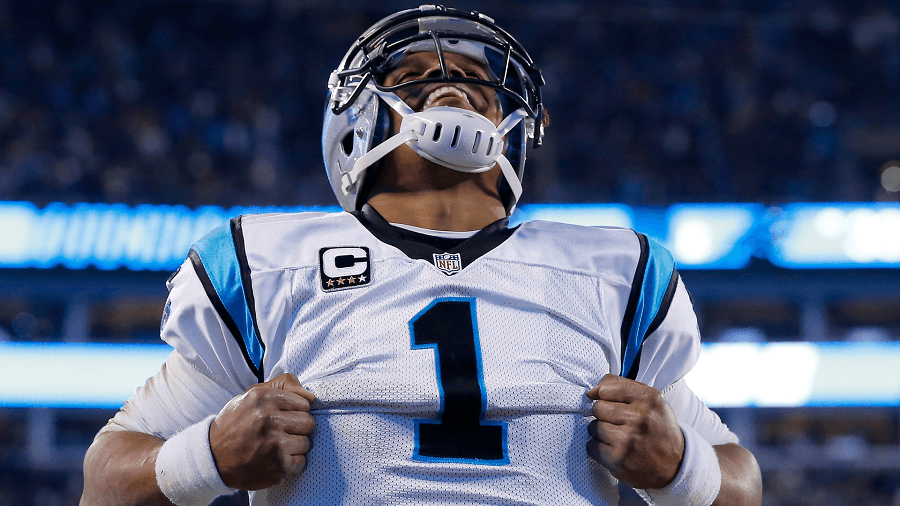 Newton led all quarterbacks in rushing yards (636), rushing scores (10) and percentage of runs for first downs (42.4 %) and is now widely-viewed as the most dangerous quarterback in the league today. “He’s throwing the ball amazing right now, and then you know what he can do with his legs,” Broncos Pro Bowl cornerback Aqib Talib said. “So he’s the best of both worlds. He’s probably the most dangerous quarterback in the NFL right now.”The Panthers are 11-4 ATS in their last 15 games and 9-4 ATS in their last 13 playoff games while the Broncos are just 2-5-1 ATS in their last eight playoff games. In addition to playing the Panthers to win and cover the spread, I also like the Over, especially after teasing it down to 39.5 points.The Panthers and Broncos combined to average 54.3 points per game during the regular season while the Over has gone 4-0 in Carolina’s last four games and 20-7-1 in Panthers last 28 games against a team with a winning record. Move the spread toward the Panthers and move the Total down six points and you’ll have a pair of winning Super Bowl 50 teaser picks!My final score prediction: Carolina 31 Denver 17.
Older post
Newer post