NFL News and Rumors
Jameis Winston and the improving Tampa Bay Buccaneers will look to take down Matt Ryan and the struggling Atlanta Falcons when the two NFC South rivals square off in a huge Week 13 divisional showdown that gets underway on Sunday.With both teams looking to rebound from losses in their respective Week 12 matchups, let’s find out who’s going to bring home the bacon.

The Buccaneers had their modest two-game winning streak snapped in their humbling, 25-12 Week 12 loss against Indianapolis while failing to cover the spread as a 3-point road dog.“To beat a good football team, you have to play good football, and we did not do that today,”Buccaneers coach Lovie Smith said, “We had opportunities and didn’t take advantage of it. We were a little off in the passing game today, and we were not able to get any turnovers.Jameis Winston completed 20 of 36 passes for 245 yards with one touchdown and one interception while running back Doug Martin rushed for 97 yards on 14 carries. Winston was sacked five times and the Bucs allowed Colts veteran quarterback Matt Hasselbeck to throw for 35 yards and two touchdowns while getting shut out in the second half.“That’s a good football team, and to beat a team like that in their stadium, you have to play better than we played today,” Smith added. “Also, we again had too many penalties.”

The Falcons have lost four straight games including their humbling 20-10 loss to Minnesota in Week 12 while failing to cover the spread as a 2-point home underdog.Matt Ryan completed 22 of 31 passes for 230 and one touchdown but also tossed two costly picks in the loss.”It starts with me,” Ryan said. ”I’ve got to know when to throw the ball away, cut my losses, and take the field goal.”Despite having the league’s No. 1 rushing defense, Atlanta also go overrun by Vikings future Hall of Fame running back Adrian Peterson en route to 158 yards and two rushing scores.”You want to make plays. You want to be aggressive,” Ryan said. ”But there’s a time and place for that. That was not the place.” 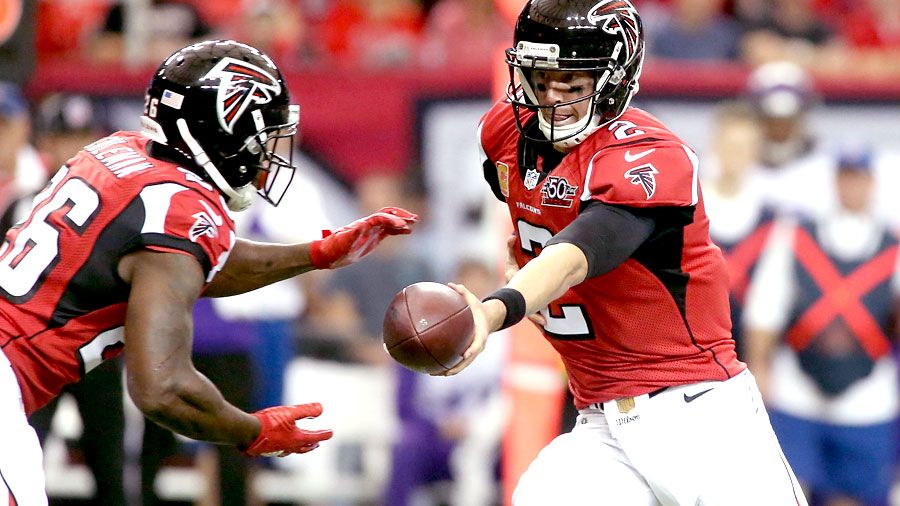 I know the Tampa Bay Buccaneers are playing their best football of the season at just the right time while the Atlanta Falcons have gone ‘belly up’ in dropping their last four games, but I’m going to advise you to go along with the 45 percent of the betting public that likes the struggling Falcons to bring home the bacon in this NFC South divisional battle.First and foremost, I believe Atlanta will bring a little extra motivation into this contest after losing to the Bucs 23-20 as an 8-point home favorite on Nov. 1. The Falcons are also the more experienced team in this contest and I believe that will also play a huge role in the outcome of this contest.I know the Falcons have gone 0-5 ATS over their last five games, but Tampa Bay is just 2-3-1 ATS in their last six home dates against Matt Ryan and the Falcons and just 4-10 ATS in their last 14 home games overall.I like the Falcons to win this contest by simply outscoring the often offensively-challenged Buccaneers in this contest.