NFL News and Rumors
If you want to know whether the Houston Texans are capable of pulling off the upset over the Kansas City Chiefs when they square off in their AFC Wild Card pairing on Saturday, January 9, at 4:35 PM ET, live from the gridiron at NRG Stadium in Houston, Texas, then you need to know as much about the Texans as possible.Thanks to the expert NFL Wild Card betting analysis you’re about to get on the streaking Texans, you’re going to have a great opportunity to make a series of well-informed wagers when Houston takes the field this coming weekend.

With that said and kickoff time quickly approaching, let’s get started.

Total Yards-347.8-19thPassing Yards-239.6-18thRushing Yards-108.2-15Points Scored-21.2-22ndField Goal %-85.2-17thAnalysis: Despite their success this season, the Texans were completely mediocre across the board on offense this season. As you can see from the above chart, Houston finished in the middle third in every meaningful offensive statistical category and that could be a big problem against the defensive-minded Chiefs. The Texans have one elite playmaker in gifted wide receiver DeAndre Hopkins, but they’re also talent-challenged at the skill positions.

Total Yards-310.2-3rdPassing Yards-210.4-3rdRushing Yards-99.8-10thPoints Allowed-19.6-8thField Goal %-76.9-5thAnalysis: The Texans reached the postseason based almost solely on their outstanding defense. Houston ranked third in total defense and against the pass as defensive end J.J. Watt led the league in sacks (17.5). The Texans also finished 10th against the run and eighth in points allowed (19.6 ppg) while not allowing more than 10 points in each of their final three regular season games. Linebacker Brian Cushing, cornerback Johnathan Joseph and defensive tackle Vince Wilfork also had fantastic seasons for the Texans. 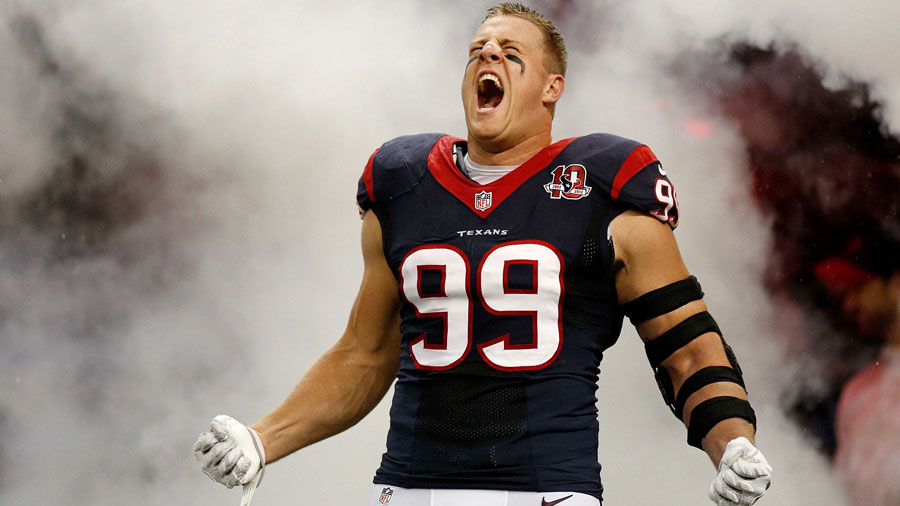 The Texans went 5-3 SU and ATS at home this season and an identical 4-4 SU and ATS on the road, so they’ve shown plenty of consistency in both areas.

Analysis: The Texans have a widely respected head coach that knows the game in veteran NFL lifer Bill O’Brien, the former quarterbacks coach and offensive coordinator for the New England Patriots (2009-2011). O’Brien has led the Texans to a pair of identical 9-7 records in two seasons in the Lone Star state despite not having a ‘real’ quarterback either season. O’Brien also turned Penn State’s gridiron program around by going 15-9 in two seasons following the Jerry Sandusky scandal.