NFL News and Rumors
Week 17 became a lot more interesting for NFL online odds bettors when the New England Patriots and Carolina Panthers failed to lock up the #1 seeds in the AFC and NFC playoffs, respectively. The Patriots fell in overtime to the New York Jets, 26-20, and the Panthers fell in Atlanta. New England can still secure the #1 seed with a win at Miami next week. Miami has been a difficult place for the Patriots to win, and even though the Dolphins are finishing the season under an interim coach who is not likely to return in Dan Campbell, it’s likely that they will be motivated to knock the Patriots out of that top seed. The Patriots are favored by eight points, and I like the Dolphins to cover…if not win outright. Let’s take a look at the preliminary spread for the rest of Week 17 action.

The New York Giants are coming off a whipping at the hands of the Minnesota Vikings…and the Eagles just took a two-touchdown beating at home from Washington, so you’ll have two angry teams squaring off. I like the Giants to defend their home field and take advantage of the Eagles’ poor passing defense.The Jets are riding high after knocking off the New England Patriots and gaining an edge in the AFC wild card race. The Bills edged Dallas last week….but that’s not a challenge. Look for the Jets to head west and win and cover to make the playoffs.The Redskins head to Dallas with the NFC East title already in hand. Look for the Cowboys to do their usual job of muddling up the waters for the opposition to keep things close in their home finale. I’m taking the Cowboys to cover.New Orleans heads to Atlanta, who is the only team to knock off the Carolina Panthers this year. I like the Falcons to hold serve at home for a second week in a row.The Chiefs are in the playoffs and welcome Oakland to town. Look for them to finish the season with a flourish and cover against the Raiders.The Steelers are favored by 8.5 points at home against the lowly Browns. Look for Pittsburgh to shake off the Baltimore loss and dominate the Browns — and cover.Minnesota visits Green Bay, who just got dismantled by Arizona. I like the Vikings to become the third NFC North team to win at Lambeau this year and knock off the Packers — and take the division.Baltimore travels to Cincinnati having just beaten the Pittsburgh Steelers. I like the Bengals to reassert themselves and beat the Ravens and cover, using their defense to stifle Ryan Mallett.Detroit heads to Chicago with both teams improved this year, but both missing the playoffs too. I like Detroit to come in and take advantage of the Bears.Tampa Bay visits a very angry Carolina team. I would probably choose the Panthers to cover a 13-point spread this week, as I’m sure they will make a statement. 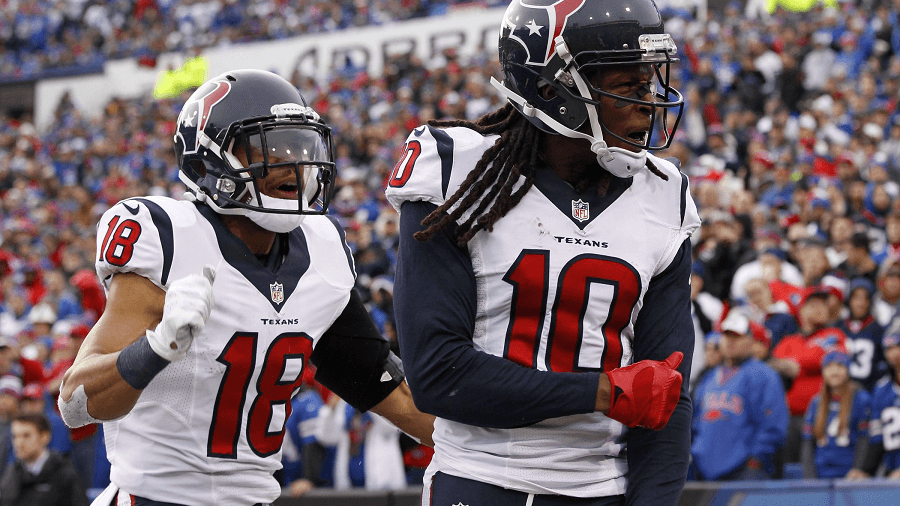 Jacksonville travels to Houston, who can wrap up an AFC South title with a win. The Texans just wiped the field with the Tennessee Titans, and I like them to roll over the Jaguars too.San Diego visits a Denver team that needs to win in order to secure a playoff position. The Broncos will be motivated on both sides of the ball and will cover.The Rams head to the Bay Area to play the 49ers. The Niners are just going through the motions now, so I like the Rams to win and cover on the road.Seattle takes on the Arizona Cardinals down in the desert. Seattle will put up a fight, but the Cardinals are playing for a possible #1 seed and will be motivated to win and cover.
Older post
Newer post