NFL News and Rumors
The league’s leading rusher Adrian Peterson and the Minnesota Vikings, proud winners of the 2015 NFC North title, are back into the postseason games and are hoping that they can continue their solid performance in the NFL odds when they host the red-hot Seattle Seahawks on Sunday, January 10th. This mouthwatering NFC Wild Card Playoff showdown is scheduled to take place at the TCF Bank Stadium in Minnesota, starting at 1:05 pm ET, with the game being aired live on CBS Television. Read more about this match up in the online NFL game preview below.

How to Bet on the Seattle Seahawks vs. Minnesota Vikings NFC Wild Card NFL Odds

Despite being the visiting team and owning an inferior regular season win record, the Seahawks have been favored in the NFL lines to beat the Vikings by 5.5 points. If you want to bet on the money lines have the Seahawks at -115 while the Vikings are trading at -105. For OVER and UNDER bettors, your magic number is 39.5. Guide your wagers on these lines with the brief analysis prepared for you here-under.

Wild Card Moments: On this date 5 years ago, “Beastquake” happened. The playoffs begin on ESPN/ABC. https://t.co/iB766Ydkqy

After setting a franchise record for a single season with 34 passing touchdowns, and also becoming the only player in Seattle’s history to surpass the 4,000-yard passing mark, the in-form Russell Wilson will be looking to carry on his blazing regular season form into the playoffs, as the Seahawks hope to down the Vikings. On paper, this is certainly a doable job for the surging 10-6 Seattle team that won six of its last seven games, including victories over playoff teams Minnesota, Pittsburgh, and Arizona by an average margin of 22 points.Not to mention, Seattle’s “Legion of Boom” is seemingly back to its solid D ways, having kept three of its last five opponents to seven points or less, including the 36-6 blowout win over NFC West champions the Arizona Cardinals last Sunday. This mean defense finished the regular season with the best scoring defense in the league, allowing only 17.3 PPG.As a point of caution, though, the Vikings are in the playoffs mainly because of their solid pass rush defense and a strong running game that is led by Peterson. In order to stop beat Minnesota once again, an all-rounded display will thus be required from Wilson and his offense, with the defense also doing its part.

When you talk of playing the Vikings this season, you always know that two things will be coming your way—a fierce defense and run-oriented offense that is comfortable pounding the ground all day and capitalizing on opponents’ mistakes for quick opportunistic scores. And going by their 11-5 finish on the season, including a win over divisional rivals Green Bay to finish the season as NFC North champs, you would be a fool to claim that the Vikings are not good at what they do.Unfortunately for the Vikings, they will be facing a Seattle team that already beat them 38-7 in December, so a hell-of-an-effort will be required to turn the tables on this squad that owned them in every side of the ball.To have a chance of upsetting the favored visitors, Minnesota will need to get back to the basics of their cautious counter-attacking style of play. In this regard, Minnesota’s stellar pass rush unit that ranks in the top 10 of the league in passing yards allowed per game and total sacks for the season must get into relentless character against Wilson and Co. 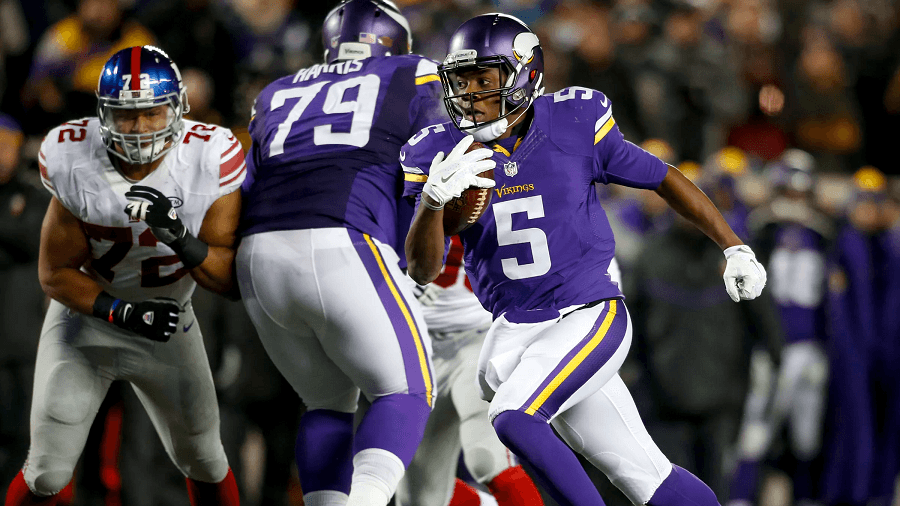 In the offensive side of the ball, Peterson is a beast and, on a good day, he can be your worst nightmare. Unfortunately, he hasn’t been playing to his full potential in recent weeks due the lingering effects from his ankle sprain, so other Teddy Bridgewater and his aerial weapons will need to play for their lives. This will be especially important since the Seahawks defense brags of having allowed the fewest fantasy points to RBs this season, so Peterson and his fellow runners are likely to be throttled in their game.

The Seahawks are the trendy pick here, going by the way they turned around from their 2-4 start of the season by collecting eight wins in their last 10 games. The fact that they are experienced and talented enough to play such January match ups, along with the fact that they manhandled the Vikings in December (collecting 433 total yards of offense without Jimmy Graham and Marshawn Lynch in their offense), further underscores Seattle’s credentials to get another win this Sunday. But then again, the Vikings have made major strides since that loss, winning a host of games, including over reigning league MVP Aaron Rodgers and the Packers), and are coming into this game with a healthy three-game winning streak. Not to mention, the high-flying ‘Hawks got shot down 23-17 by the Rams in St, Louis two weeks ago, so it’s not like the Seahawks are all perfect. And lest you forget, results in the playoffs often tend to be the opposite of that which occurred during the regular-season match up, so the Vikings could be onto something here.All that said, the Hawks are more balanced and endowed on both ends of the ball, and I have a problem trusting the inexperienced Bridgewater and a banged up Peterson to do it big against the tried-and-proven Legion of Boom that is known to play its best football in the playoffs. With that, the Seahawks should be good for both the win and points in an average scoring affair.My Final Predicted Score: Seattle 24, Minnesota 17.
Older post
Newer post