NFL News and Rumors
From NFL teams that are still in the running for the playoffs to grudge matches, last-chance games for certain starters and teams playing for their pride, Week 16 promises to offer a lot of enticing NFL betting action across the league. However, not all games will be equally important or similarly watchable; the value of a game like the Washington’s trip to Philadelphia on Saturday will be very crucial and more watchable due to its value in the NFC East title race, as opposed to San Diego’s clash against Oakland on Thursday, where both teams are already out of the playoffs and are simply buying time for the end of the regular season.

Taking into account such considerations, here are the must-watch games of Week 16, and if you feel like making some early NFL betting, MyBookie.ag has some lines waiting for you!

The manner in which Kirk Cousins has elevated his play over the second half of the season has been nothing short of amazing. And if he can maintain his ridiculously impressive QB play this Saturday, the out-of-sorts Eagles will have a real task on their hands. The Eagles have their fate in their own hands, and if they can beat the Redskins this week and Giants in Week 17, they’ll clinch the divisional title and advance to the postseason games. But with Washington enjoying a one-game lead atop the NFC East and looking like the better and more consistent team in the division, I am highly doubtful about betting on the Eagles to win this game. My Prediction: Philadelphia Wins narrowly.

The iconic rivalry between the Jets and Patriots is set to continue this Sunday in a must-win game for New York, whose playoff hopes are largely pegged on their ability to beat the Pats. Making matters more interesting in this divisional rivalry matchup, the Jets are enjoying a great run of results, thanks to the formidable offensive leadership of QB Ryan Fitzpatrick under the center and former New England Pro Bowl cornerback Darrelle Revis leading the charge in the defense. Meanwhile, the Patriots have a long injury list that could inhibit their fluency on Sunday. Obviously, Tom Brady is a master of playing under such pressure, and it wouldn’t be a surprise if the Patriots went on to win this game. Even so, it’s hard to write off the Jets from rallying behind their home crowd to beat the Pats, especially with the hot form they are enjoying right now. My Prediction: The Jets Upset the Patriots.

The Panthers are 14-0 for the first time in their franchise history, and are looking highly likely to go all the way to 16-0. But then again, the Falcons finally ended their losing skid and will be out to avenge the shutout loss to Carolina earlier this month, setting up a dicey game that could lead to a huge upset for the high-riding Cam Newton and the Panthers. By virtue of Carolina’s undefeated record being on the line against Atlanta’s playoff hopes, this game easily qualifies as one of the games you can’t dare miss. My Prediction: Carolina blows out Atlanta AGAIN. 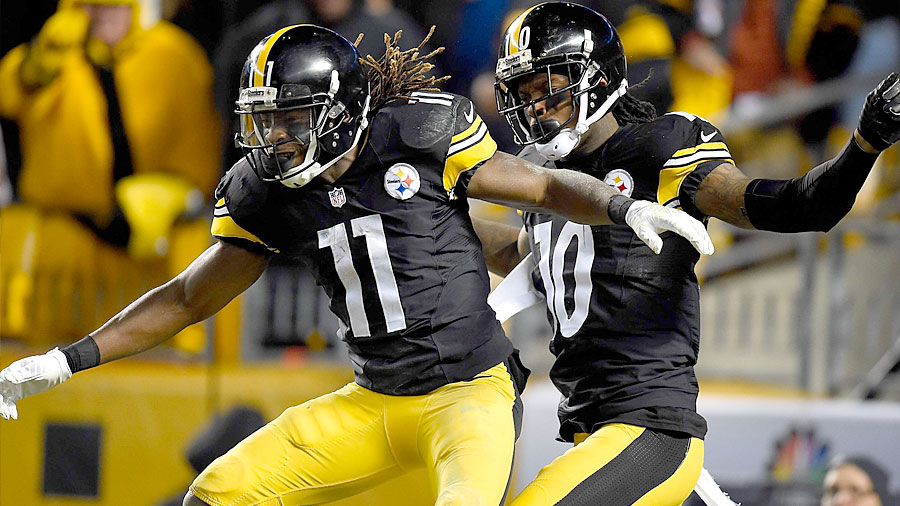 Besides the fact that this game is a divisional rivalry matchup, the Steelers (9-5) come into this game with a chance to clinch a playoff berth a week before the regular season ends. If the Steelers win in Week 16 in Baltimore, along with a Jets loss to New England, Pittsburgh would clinch an AFC Wild Card slot on the basis of owning any tiebreaker over the Jets. Standing in their way, though, will be the Ravens who have won four of their last six games against any of their division rivals, so Pittsburgh must be cautious, or else Jimmy Clausen (coming off a career-high 281 yards with two TDs on 26-of-45 passing performance) and his written off Baltimore teammates could produce a mega upset to Pittsburgh. My Prediction: Pittsburgh withstands the pressure to secure a close hard-earned win.

It turns out we aren’t the only ones who’ve taken notice of Green Bay’s downward offensive spiral, Aaron Rodgers himself admitted that he is concerned by the lack of efficiency and clear-cut direction in making enough scoring plays. Such an admission will probably serve as more fuel to the already fiery talks about how Green Bay will matchup against NFL MVP contender Carson Palmer and his fluid offense that leads the nation in total yardages and can tear you apart aerially just as good as they can slice you up on the ground. Maybe Rodgers is well too-aware that his team will be losing this week, so he’s creating up excuses for that, or maybe he is playing his mind games to lower down Arizona’s guard. Whatever the case, we will soon be finding out when the Packers clash against the Cardinals in this enthralling Game-of-the-Week contender. My Prediction: Palmer gets the better of Rodgers for a comfortable Arizona win.

Okay, maybe this isn’t a big game, or a must-watch duel, but with Odell Beckham dominating their airwaves in the inter-webs, I’d be damned not mention his name here, and speculate what may or may not happen if he’s suspended for his you-already-know-what drama over the weekend. Without Beckham in the team, I doubt if the Giants will have what it takes to measure up to the Vikings. But even if he somehow avoids being suspended, Teddy Bridgewater has shown has the stuff he’s made of in the last two weeks, so the Vikings still won’t be easy to beat. Can Bridgewater light it up again like he did against the Giants? Will Eli Manning save his team’s name with an unlikely road win? And what about Adrian Peterson, can he finally end his slumping form? Only one way to find out; be sure to tune in for this primetime Sunday Night Football game. My Prediction: Eli Manning and the Giants shock the NFL odds with an upset win over Minnesota.

A.J. McCarron did a lot of good on Sunday in his first career start but it remains to be seen if he can repeat such a performance when Cincy visits Denver. For Denver, talks about Peyton Manning deputizing Brock Osweiler have bombarded NFL-o-sphere and the Old Man doesn’t like any of such discussions, but going by the way Osweiler has been playing some good football (better than Manning this season), there’s no way those talks will be coming to an end. Speaking of Osweiler, he suffered a minor injury on Sunday, so his status for Monday’s game is yet to be revealed. Whether he or Manning starts is anyone’s guess; what’s certain is that this clash between Cincinnati and Denver will be a hell-of-a-game, especially if the young QBs in Osweiler and McCarron go against each other. My Prediction: Osweiler starts and outplays McCarron as Denver convincingly beats Cincinnati.
Older post
Newer post