NFL News and Rumors
It’s time for the much-awaited Super Bowl betting preview for the playoffs, and according to New England supporters, it’s the Patriots world; everyone else is simply living in it on borrowed time. Yes, the injuries are aplenty, the Patriots finished the 2015-16 regular season by losing four of their last six games (including the last two in a row against divisional rivals Jets and Dolphins) after a splendid 10-0 start, and the superhuman Bill Belichick is looking more ordinary by the day. Heck, the Pats won’t even enjoy the luxury of home-field advantage if they get to the AFC Championship game; that honor belongs to the Denver Broncos.But don’t tell that to Patriots.

For them, finishing with a 12-4 record (tied for most wins in the AFC this season), despite of all the team’s challenges in the injuries department, is nothing but a mark of greatness.  And as far as getting healthy for the playoffs, tell that to their first-round bye that accords them a much-needed break to heal up. Oh, and they say numbers don’t lie, so the fact that the Patriots are still the early odds-on favorites to win the conference and are placed at 16/5 odds to win Super Bowl 50 (second to Cardinals to win this year’s Lombardi Trophy) is a true sign that New England is destined to defend its Super Bowl title.Is all that hot air, or is there some real substance to this year’s Patriots team in the 2016 Super Bowl running?  Let’s find out, as we succinctly break it down for you in the analysis below.

Why Bet on the Patriots Odds to Win Super Bowl 50

The Patriots have been a model of consistency in the playoffs, so just because they have one too many injuries doesn’t mean that they will be flopping. Belichick, as you all know, is one of the best tacticians in the country right now, or for the better part of the last 15 years, so he should be able to use his experience to figure out a way forward through the three games standing in the way of New England and another league title.Coaching issues aside, Tom Brady has been in the running for the MVP for most part of the season, and had it not been for the injuries in his offense, he’d probably be up there with Cam Newton and Carson Palmer strongly contending for it. That said, he’s still been able to stick it out to his opponents, thanks to his ever-lively partnership with star TE Rob Gronkowski (team-bests of 1,176 yards and 11 touchdowns this season), who is very healthy for the playoffs. If the Brady-Gronk combination can continue, then the Pats should (at the very least) be able to hang with their opponents.Plus, with the first-round bye, star wide receiver Julian Edelman (who’s been out for the team since Week 10) is expected to be back in time for New England’s first playoff game, along with other key pieces such as offensive lineman Sebastian Vollmer. Added to talented pieces such as WR Danny Amendola and a running game that can get into grind out some solid yardages in crunch time, the Pats will have decent pieces to challenge strongly for another Super Bowl title.Defensively, it’s hard to say that the Pats have been strong, but it is worth mentioning that the likes of Jamie Collins (team-high five forced fumbles), pass rush specialist Chandler Jones (12.5 sacks), and the cornerback tandem of Logan Ryan and Malcolm Butler have been more-than-serviceable for the team, something that could prove vital down the stretch in the playoffs with some key plays, like the one that helped the Pats beat the Seahawks in Super Bowl 49.

Obviously, the biggest point of concern for the Patriots is their squad that is decimated by several injuries, both offensively and defensively. But since there isn’t much that can be done now, all the fans can hope for is that some of the players will be able to recover in time for the postseason games. As for the rest, it all comes down to the “next man up” mentality and how the available players will show up for the team. Another worrisome point is the manner in which the Patriots lacked grit and went horrible 2-4 down the stretch, with their defense particularly being found suspect in all kinds of ways. A good example is Miami’s offense, which has struggled all season, managed to slice through the Patriots en route to a surprise Week 17 win over New England. If the Patriots are going to stand firm in the playoffs, the defense will need to tighten up and a better shift of work will need to be put, right from the coach to the starters and the bench as well. Not to forget, the fans will need to rally behind Brady and Co., rather than spending countless hours on Twitter criticizing the team and complaining about virtually everything. 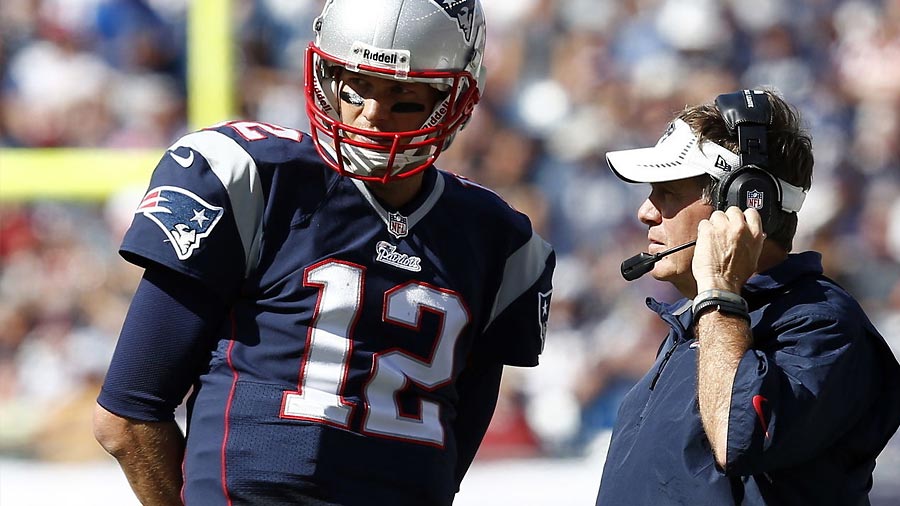 Usually, I am the first one to believe in Brady and Belichick when it comes to playoff football, given the way they’ve both proven themselves repeatedly. This year, I must say I am not that high on them. I mean, Brady and his 35 conference-best touchdowns in this regular season is a reason to believe in him, and Belichick has pulled too many rabbits out of his hat over the years, so trusting to do the same would be highly warranted. Still, the Pats looked really unconvincing down the stretch and that is not something that will change overnight in the playoffs, especially with just a handful of key players expected back in the team. So in short, I expect the Patriots to make a deep run in the AFC playoffs, maybe even going as far as the Conference Championship game. I, however, have a bit of some reservations about them coming out of the AFC as the eventual winners. That said, if they somehow make it past AFC Championship game, then be sure that I will be first in line to bet my house on them to repeat as National Champions ‘coz, as you all know, Brady and Belichick are two people you can trust not to chock at the Super Bowl.
Older post
Newer post