NFL News and Rumors
If the Arizona Cardinals are going to reach Super Bowl 50, Carson Palmer and company will have to accomplish something that only one team has been able to pull off this season…beating the Carolina Panthers! Arizona’s first order of business will be putting the brakes on the Cam Newton runaway express. Of course, doing so will likely be a lot easier said than done. Now, let’s find out if the Cards can pull off the road upset to deny Newton and the one-loss Carolina Panthers a berth in Super Bowl 50.

Why Bet the Arizona Cardinals Odds

Because they’ve been the second-best team in the NFC all season long and are elite on both sides of the ball. There’s no doubt hat Arizona presents a mighty test for Carolina in this contest seeing as how they were one of just two teams in all of football to rank inside the top 10 in all eight major offensive and defensive categories.Arizona quarterback Carson Palmer has been about as good if not better than any signal-caller in the league this season. The former Heisman winner had a career year in which he finished fourth in passing yards (4,671 yards), third in quarterback rating (104.6) and tied for second in touchdown passes (35) to earn the second Pro Bowl berth of his career.Future Hall of Fame wide receiver Larry Fitzgerald also ‘turned back the clock’ this season by recording his first 1,000-yard campaign since 2011. The 2016 Pro Bowler caught a whopping 109 passes for 1,215 yards and nine touchdowns and has dropped just eight passes over the last five seasons combined!Defensively, Arizona routinely put their opponents on ‘lockdown’ by ranking fifth in total defense (321.7 ypg), eighth against the pass (230.4 ypg), sixth against the run (91.2 ypg) and seventh in points allowed (19.6 ppg). The Cards had four defensive players earn Pro Bowl berths including corner backs Justin Bethel and Patrick Peterson, interior defensive lineman Calais Campbell and free safety Tyrann Mathieu. 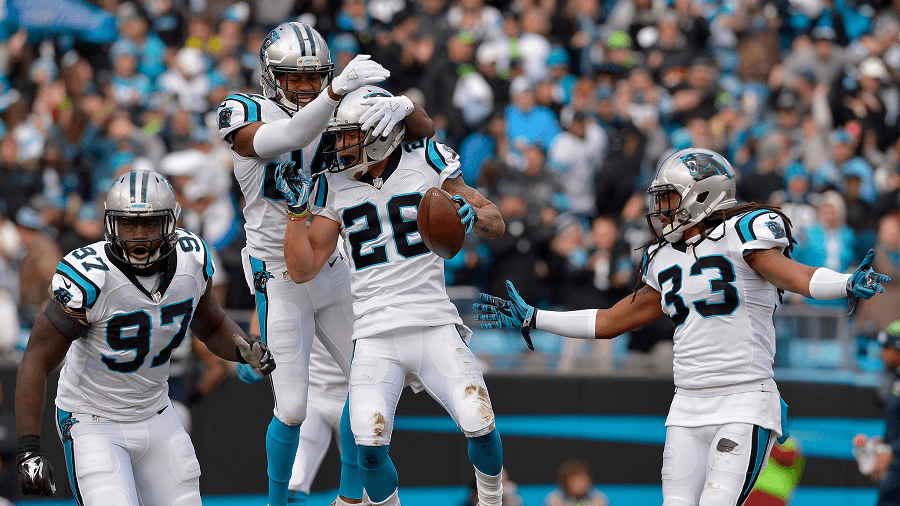 Why Bet the Carolina Panthers Odds

Because they’ve answered the bell almost every single time this season and can beat teams in various ways. Not only did the Panthers win 15 of their 16 regular season games, but they did so by both, shutting down their opponents and putting points on the board like nobody’s business. Throw in the fact that the Panthers have arguably the most dangerous dual-threat quarterback in the league this season and it’s easy to see why Carolina could win this game – and Super Bowl 50.Cam Newton looked like Superman all season long in finishing tied for second in touchdown passes (35) and eighth in quarterback rating (99.4) while leading all quarterbacks in rushing yards (636), rushing touchdowns (10) and percentage of runs for first downs (42.4 %).The Panthers ranked sixth in total defense, 11th against the pass, fourth against the run and sixth in points allowed (19.2 ppg). The Panthers also have a trio of pro bowlers that could make life on Carson Palmer tough in linebackers Luke Kuechly and Thomas Davis, and super elite cornerback Josh Norman.