NFL News and Rumors
When the Carolina Panthers hosted the Arizona Cardinals in Charlotte for a Wild Card Playoff matchup, the Panthers won 27-16, which paid OVER bettors given that the total had been set to 37½ on the NFL odds board. This year, the game total has opened at 47, almost 10 points higher than last season—a clear indication of how both teams are improved offensively and the expectation from the NFL betting public that we could be in for a high-scoring game in the NFC Championship Game Odds. Can the two team live up to their rightfully hyped offenses to deliver an OVER total, or will their equally improved defenses drag down the total scores for an UNDER pay-out? Find out as we take you through an early game total betting preview of this NFC Conference Championship matchup.

Why Should You Bet on the Total Will Go OVER 47

As is already glimpsed above, both teams come into this game with two of the best and most-improved offensive units in the NFC. Last season, the Cardinals struggled offensively due to a season-ending injury to starting quarterback Carson Palmer. In essence, that’s the reason the Cards couldn’t do much in their Wild Card game against Carolina, which saw backup QB Ryan Lindley start for Arizona. This year, it has been an entirely different story for the Cardinals who’ve had Palmer healthy the entire season, a fact that seen their offensive numbers blow up the roof.Despite getting manhandled by the Seahawks in Week 17 and scoring just 6 points in the process, Arizona finished the regular season ranked #1 in offensive efficiency with 6,533 total yards (averaging at an NFL-best 408.3 YPG), 30.6 PPG (second-best in the NFL) and were the only NFL team to outgain its opponents by 1-plus yards per play on offense.On the opposite side, Carolina’s offense was ranked #11 in offensive efficiency, tallying 5,871 total yards (366.9 YPG), but proved to be very good at putting up scores on the board with 31.3 PPG (best mark in the NFL from the regular season). Interestingly, in their first playoff game last week, they scored exactly 31 points (all in the first half), with the Cam Newton-led offense accounting for three scores (2 rushing and 1 passing) plus a field goal after their star defender Luke Kuechly set the tone of the game with an interception returned for a TD.Keeping both offenses in mind, both teams should be good for at least 3 touchdowns a piece, along with a field goal or two, which should take the total well OVER 47.

Why Bet on the Total Staying UNDER 47

Whereas there is a strong case for an OVER total, the high-caliber nature of this NFC Championship game could easily lead to a conservative play from both sides, as is often the case with high-stakes games, thus keeping the scores low.Not to mention, the Panthers had a sixth-ranked defense from the regular season, allowing 322.9 yards per game and 19.3 points per game. This defense is the major reason Carolina had a gaudy +20 Takeaway/Giveaway Margin (39 takeaways, 19 Giveaways) this season. This was punctuated against the Seahawks where the Panthers held Seattle scoreless in the first half and finished the game with +2 takeaways, thanks to the 2 interceptions on Russell Wilson, including Kuechly’s 14-yard pick returned for a TD early in the game. 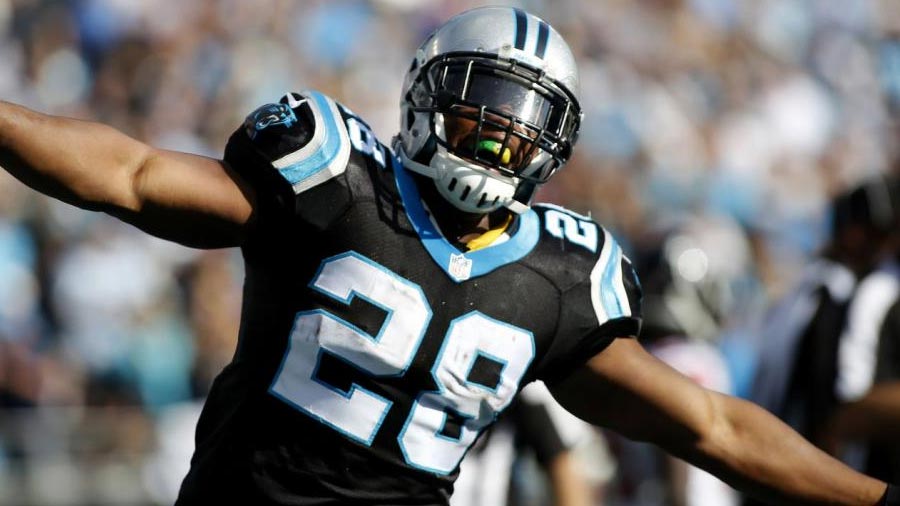 The Cardinals are just as good, if not slightly better, having a fifth-ranked defense that gave up just 321.7 YPG and 19.6 PPG (in the regular season). Over the weekend, this defense was guilty of conceding a cheap game-ending Hail-Mary touchdown pass from Aaron Rodgers that sent the game to send the game to OT, but that doesn’t change the manner in which this defense held its own serviceably and allowed a single touchdown and less than 300 yards of total offense prior to the miracle pass from Rodgers.Obviously, the fact that both teams have strong offenses means that the D-lines will be hard-pressed to keep the scores low. Still, going by their defensive numbers from the regular season and the decent shows in their Divisional Round matchup, it wouldn’t be far-fetched to say that an UNDER total could be in the offing.

Though both defenses have shown grit and the capacity to work hard down the trenches, their offenses are simply too talented to make this game a low-scoring affair. Added to do-or-die importance of winning this game and temperate Southeast weather (Sunny, 53°, Winds W 5 mph, Humidity 50%), the OVER seems like the best early bet here.MY NFL Pick: OVER 47.
Older post
Newer post