NFL News and Rumors
Carolina’s star quarterback Cam Newton can be an annoying self-centered egotistic maniac when he wants to be, I agree. But if that’s your excuse for not wanting to trust in him and his high-flying offense to bloody-nose the Broncos, like they did to Seattle and Arizona, then you seriously have your priorities misplaced in the NFL odds. Even with his questionable media-happy antics, Newton numbers on the field—like the specially designed pregame cleats he adorned against Arizona that had all of his teammates’ names inscribed on them—is nothing but pure money! Those of you who’ve had him in your fantasy teams can easily attest to that.And last time I checked, more than half of the players in the NFL are self-righteous arrogant sons-of-mayhem, so for all I care; Newton can cause all the pandemonium he can, as long as he continues to lead the explosive Carolina offense with his big numbers.

Super Cam, an Unstoppable Force For a SB 50 Odds Defeat

The Panthers are in the playoffs, no doubt because of a solid team effort, but none of that would have been remotely possible had it not been for the elite level MVP play of Newton. The fifth-year QB Newton finished the regular season with 35 passing touchdowns against just 10 interceptions for a sterling QB rating of 99.4. That, however, is just half of the story, as Newton was a beast in scrambling yards on the ground, finishing the regular season as the team’s second leading rusher (636 yards rushing) to go along with a team-high 10 rushing touchdowns. And to prove that his efficiency in the regular season was no fluke, the Auburn product has completed 70 percent of his passes in the playoffs (35 of 50) for 496 yards and 3 TDs, along with 50 yards rushing and 2 more scores on the ground; numbers that have come against Seattle’s #3 defense and Arizona’s #4 defense. That’s nothing to sniff at!So, if you are still reluctant to accept that Newton is an elite QB, feel free to continue fooling yourself. That, however, won’t change the fact that Super Cam has been the most efficient QB this season and he will be giving another stunning performance against Denver’s strong-but-breakable defense, like he did against the Zona and the Hawks.

As thing stand currently, the Panthers averaged 31.3 PPG scoring this season (best mark in the league). Interestingly, if they win the Super Bowl, that scoring average will be tied for the fourth-highest scoring average by an eventual Super Bowl champion. If that isn’t impressive enough for you, consider this—Carolina’s offense posted 31-or-more points on 8 of its last 9 opponents down the stretch of the regular season and here in the postseason games. In fact, the Panthers have scored 27-or-more points in 15 of their last 16 games, including 31 points against Seattle and 49 points against Arizona in the playoffs. If that isn’t the definition of dominance and explosiveness wrapped up in one team, then I need to refresh my vocabulary.Just about the only mockery of an excuse I’ve been hearing is that the Panthers were held to 13 points in Atlanta in their fourth-last game of the season. Well, in case you didn’t know, here’s the newsflash for you. First, this is the same Atlanta team that suffered a beatdown at the hands of Carolina earlier in the season. Second, reliable sources have it that Newton was excusably off against the Falcons on December 27th because he took some time off the team to prepare for the birth of his baby boy, something he glimpsed in the game with his rocking-a-baby touchdown celebration. Don’t expect the Broncos to get such a let off because that baby is already born. 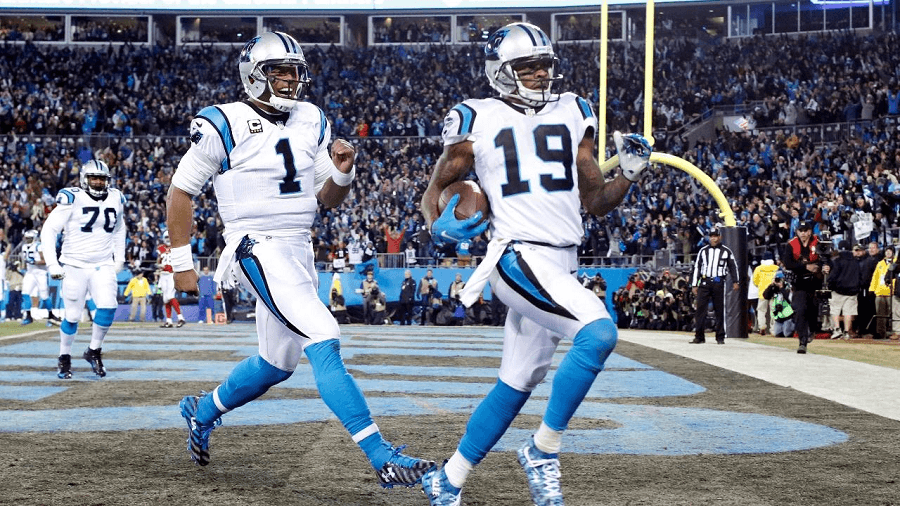 By now, you have probably heard that Jonathan Stewart and Carolina’s running game is streaking on 31 straight games of at least 100 yards rushing, a big reason why the Panthers are averaging a whopping 143.22 YPG rushing in their 18 games this season. Meanwhile, Greg Olsen, Ted Ginn Jr. and Co. are just as efficient in the aerial game that has totaled 38 touchdowns this year, averaging at 2.1 TDs per game. With such weapons at his disposal, Newton should continue to enjoy some good measure of success against Denver.

Even with the Broncos owning the best defense in the nation, it’s hard to see the Panthers offense failing to put up 25-or-more points against them in the Super Bowl. Added to the fact that Carolina’s defense has also been making scoring plays (see Luke Kuechly’s two touchdowns against Arizona and Seattle for reference), the Panthers surely have more-than-enough options to get tons of offensive production against the Broncos, which will give Carolina a strong chance of outlasting Denver for the all-important Super Bowl 50 victory.
Older post
Newer post