NFL News and Rumors
The Super Bowl 50 teams are set and it’s time to start thinking about betting on the big game. In the Conference Championships, the Carolina Panthers destroyed the Arizona Cardinals while the Denver Broncos edged out the New England Patriots. So the teams are set, and the opening SB50 odds at MyBookie.ag have been set.When: Sunday, February 7, 2015Kickoff: 6:30 PM ETWhere: Santa Clara, CAStadium: Levi’s StadiumSpread: Panthers -5Moneyline: Carolina -220 vs Denver +190Game Total: 45Watch: CBS

The opening line for Super Bowl 50 has the Carolina Panthers listed as -4.5 point favorites. What does this mean? This means the oddsmakers expect this to be a close game. They set the number in between a field goal and a touchdown.Cam Newton has led the Carolina Panthers to an impressive 17-1 season. They have looked nearly invincible all season long. For Denver, Peyton Manning is back and looks better than he has all season long. They have had some bumps along the road but come in at 14-4 on the season.The total for this game is currently set at 45 points!

Why Bet on the Carolina Panthers -4.5

Carolina backers have been crushing the books all season long. The Panthers are 13-5 ATS on the season and 7-3 ATS over their last 10. They simple have been beating teams by a lot of points. 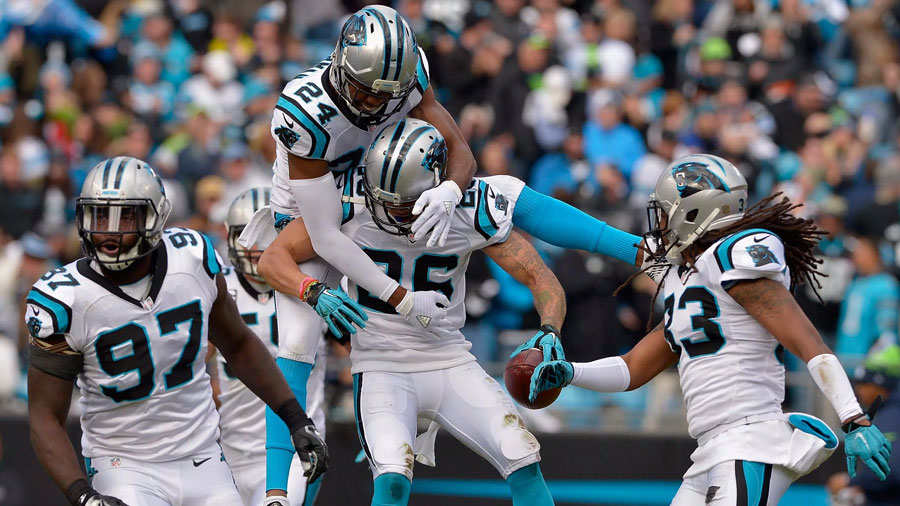 The Panther defense has been lights out all season long and should be able to get after Peyton Manning and company. On the offensive side, their O-line is one of the best in the NFL giving Cam Newton all kinds of time under center. Cam has been playing MVP caliber football and we expect nothing less in Super Bowl 50.On the flip side, the Denver Broncos are just 9-8 ATS on the season. They struggle to put teams away. Peyton Manning has really shown signs of aging this season. The Broncos defense is as good as they come but they will have to figure out how to defend Cam Newton. It’s going to be a tough task for Denver in this game.