NFL News and Rumors
The next time you want to dissuade diehard Carolina Panthers from betting on their team in the NFL odds to win Super Bowl 50, please find a better line than most of the NFL teams that finished 15-1 failed to win the Super Bowl. I made a big mistake of using that lines in an argument against a friend, and what followed was a long tirade that actually changed my mind about my earlier notions that the Panthers were simply fast sprinters who wouldn’t go the distance in the playoffs.Now, you don’t have to be convinced like me, or bet on Carolina for that matter in the 2016 Super Bowl odds, but at least keep this analysis in mind before writing them off, like I’d done earlier and for the larger part of their commendably impressive season.

Why Bet on the Panthers to Win Super Bowl 50

As it turns out, I was actually right that the majority of teams to win 15 or more games have not been fortunate enough to go ahead and win the Super Bowl. Matter-of-factly, the 1984 San Francisco 49ers and the 1985 Chicago Bears were the first two teams to finish 15-1, and both of them are the only teams to have ever won the Super Bowl after their impressive regular-season performances. Since then, no team that has won 15 or more has achieved a similar feat. In addition, the Panthers became just the 4th team to start a season 14-0, but only one of the previous 3 (the 1972 Miami Dolphins) won the Super Bowl.Now, the argument from my friend was that, whereas most people like focusing on the negative side of those statistics, the truth is that there are teams that have already done it—few as they are. So if Carolina can continue to work hard as it has done all season, then beating the odds should certainly be within the realms of possibility, something all of us can at least agree on.And as far as Carolina’s last-gasp loss to the Falcons is concerned, it is simply a case of people making a big deal out of it, mainly because it ruined the Panthers’ chance at a perfect season. For starters, this is an Atlanta team that started the season with five straight wins and the explosive Matt Ryan/Julio Jones-led passing game finished among the best in country, so it’s not like the Panthers were playing some team languishing in lack of talent.Plus, even the Seahawks are one game removed from losing to the lowly Rams, the mighty Patriots lost four of their last six, the Packers were nailed down severally (including three back-to-back losses), and the red-hot Cardinals were cooled down to a 36-6 humiliating home defeat by the Seahawks in Arizona. In short, none of your so-called teams is perfect, so to talk about Carolina’s lone loss as a big sign of weakness would be very hypocritical, especially if you consider this is a 15-1 Panthers team that impressively managed twice the total win total of last season (7-8-1).And then there is there is your $100-million man, your one and only run-away NFL MVP Cam Newton. Looking at back at the 2014-15 off season, Carolina owners must be celebrating the moneys’-worth performance of the Carolina signal-caller, who’s done nothing but steadily impress from Week 1 to Week 17, running away with several records in his memorable records while impressing his fans and critics alike. 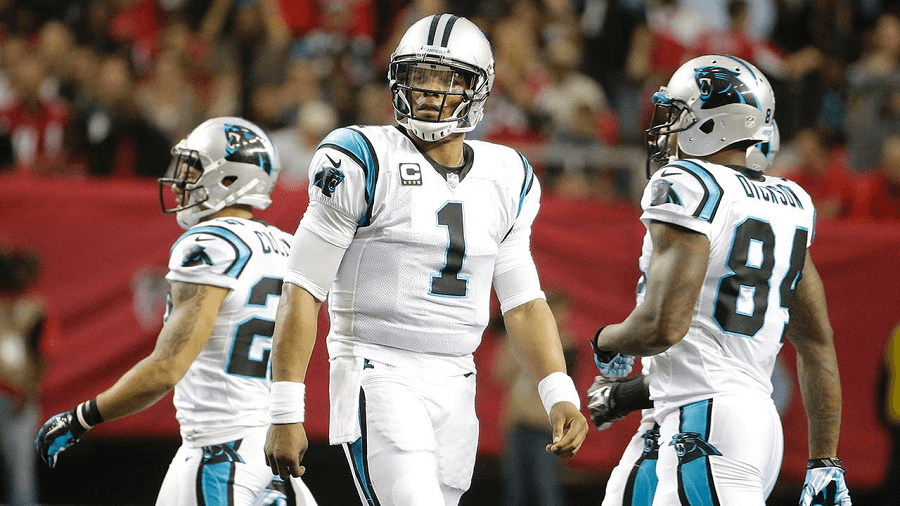 If you think Newton and his top-seeded Panthers are going to stop right now, think again, because that looks highly unlikely. Not only has Newton refined his passing game, but his running game has remained just as effective, making him able to dangerously torch you both aerially and on the ground. You doubt that, feel free to question his 3,837 passing yards and 35 TDs (second-best in NFL) against 10 picks (career-low picks), along 10 rushing TDs and 636 rushing yards, which are both best marks among QBs in rushing this season. With such numbers, and the plethora of offensive weapons the Panthers have in their free-flowing offense, Carolina should have no excuses about the lack of attacking options in the postseason games.Meanwhile, Carolina’s improved defense is led by the versatile linebacker services of Luke Kuechly, along with the dynamic duo of Josh Norman and Kurt Coleman, who’ve been as disruptive as can be. In main, that trio is the reason Carolina finished the season conceding 19.2 PPG, good for the sixth-best record in the NFL. Added to the homefield advantage they have throughout the playoffs, the Panthers have sufficient advantages to face any kind of opponent all the way to the Super Bowl.

Challenges for the Panthers in their Quest for Super Bowl 50

Rightfully, a few arguments can be made about Carolina having played a soft slate of games, so the prospect of facing teams like Seattle, Minnesota, Green Bay and Arizona en route to the National Championship game means a lot of hard work will be needed from the Panthers. Moreover, a few of Arizona’s key players (like running back Jonathan Stewart and receiver Ted Ginn Jr.) are injured, which could limit the efficiency of Carolina’s offense. As a point of hope, though, some of the injured players have been making some good progress. For instance, ESPN Staff Writer David Newton reported on Wednesday that WR Ginn (knee) expects to be ready for the January 17 playoff game. If such players can return and Newton stays healthy, then Carolina’s balanced team should be a hot pick to go the distance in the playoffs.

Without knowing who Carolina will be playing in the playoffs, it’s difficult to pinpoint how far they Newton will take them. Even so, things are really looking good for the Panthers, who are on course for a big season, one that would be befittingly marked by a Super Bowl 50 trophy. Do we believe the Panthers have what it takes to win it all through their enticing 6/1 Super Bowl 50 odds? Absolutely! But can we for sure say that they will beat all the teams in front of them to win the coveted Vince Lombardi Trophy in 2016? Only time can surely tell..!
Older post
Newer post