NFL News and Rumors
You have to go all the way back to 2004 to find the last time that the Carolina Panthers (+350) went to the Super Bowl, and they go there on the strength of a 5-0 start to the season. They went a good deal better this year, winning their first 14 games of the season before finally losing to the Atlanta Falcons. That one loss was the only real down point in a season that saw the Panthers emerge as a legitimate favorite to represent the NFC in Super Bowl 50.

The Panthers Are Great, Cam Newton Is Even Better

So how did a team who have underwhelmed in recent years suddenly become so good? There are a number of factors at play here, but it all begins with the play of Cam Newton. The big QB has always been good on his feet, but his passing game has left a lot to be desired at times. That all changed this year, as Newton matured into a pass first QB, whilst also limiting the mistakes that have hampered his career development to this point. There has always been an aura of arrogance around him, but people now view his histrionics as confidence, as he is now backing up his actions with some stellar play.Newton looks like a shoe-in for the league MVP, but I can almost guarantee that he will share that award with his supporting cast. Greg Olsen is an absolute beast at TE, and has once again put up number that most wide receivers would envy. Teams that make the mistake of believing that he is the only real offensive threat on this team outside of Newton will soon find out otherwise if they try to gang up on him. This may not be a big-name type of offense, but they are incredibly effective. The performance of Jonathon Stewart at running back, as well as the contributions from everyone else, helped the Panthers average 31.9 PPG this season, which was #1 in the league. 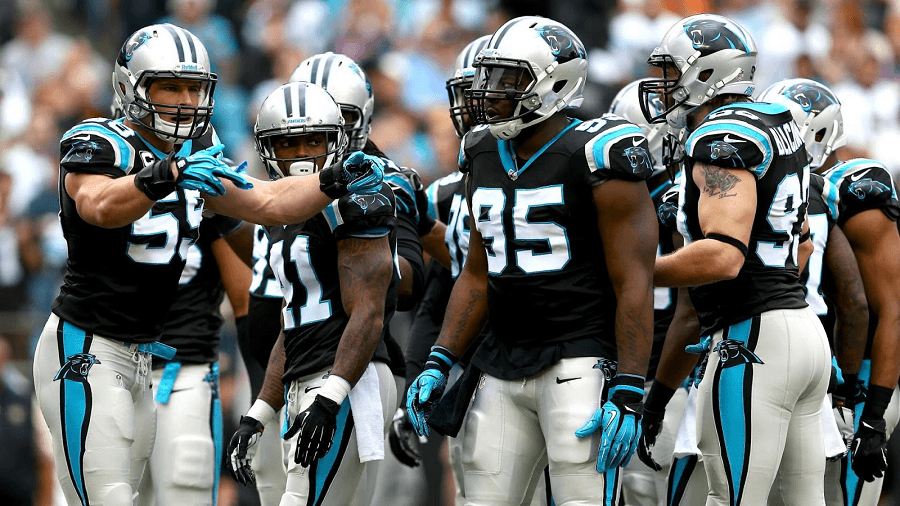 The Panthers don’t Just Run The Ball, They Stop The Ball Well Too

The Panthers are also incredibly gifted on defense, giving up just 19.3 PPG this season. They were led by Luke Keuchly with 118 tackles, Kawann Short with 11 sacks, and Kurt Coleman with 7 INT’s. This is not a defense that allows big plays, as they force teams to try and beat them with short runs and passes. As you can see from their 15-1 record, very few teams had any kind of success using that formula.The biggest reason why the Panthers should be considered a good bet for Super Bowl 50 is because of the home field advantage. They have now won 11 consecutive games at Bank of America Stadium, a run that stretches all the way back to last season.
Older post
Newer post