NFL News and Rumors
The New England Patriots don’t have many ‘big-name’ superstars on defense like they had just one year ago when Pro Bowl cornerbacks Darrelle Revis and Antonio Cromartie Jr. were routinely shutting down opposing wide receivers. However, if the Patriots have shown anything over the Bill Belichick era, it’s that they can win games despite either being banged-up or simply not having the best talent on the field. This expert overview on New England’s defense will give you the insight you’ll need in order to make the most out of your Super Bowl betting. With that said, let’s get started.

Betting Analysis of the Patriots Defense

While the Patriots do have a trio of players that earned Pro Bowl berths in linebacker Jamie Collins, cornerback Malcolm Butler and defensive end Chandler Jones, they are still a unit that has had to overcome all sorts of obstacles just to reach the AFC title tilt.Just last weekend, the Patriots saw three key defenders leave Saturday’s 27-20 win over the Chiefs, with Collin leaving with a back injury, Jones suffering a leg injury and linebacker Jerrod Mayo leaving with a shoulder injury. Nevertheless, the Patriots do have an outstanding scheme that allows them to keep their opponents from scoring consistently while keeping them in almost every game, thanks to the exotic defenses Bill Belichick keeps dialing up. 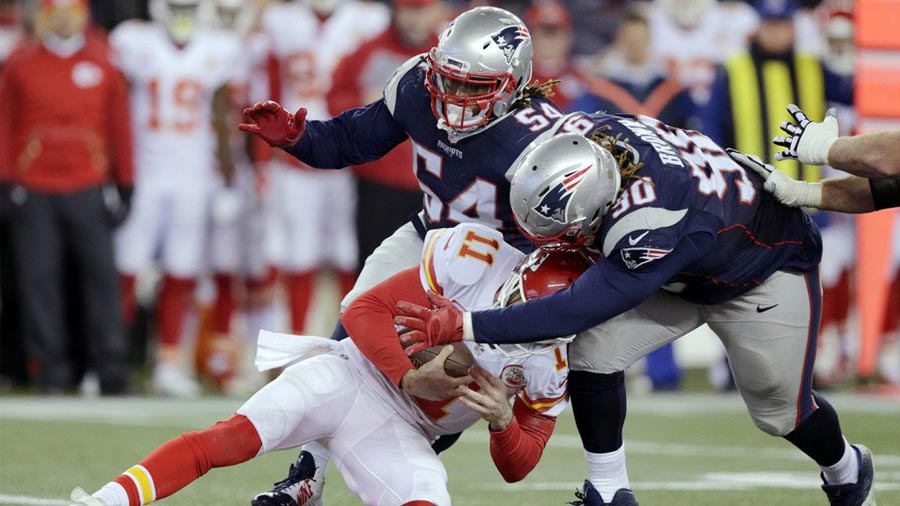 “It’s a testament to everybody,” Patriots safety Devin McCourty said. “This whole team comes in and puts in a lot of work — injured guys, healthy guys, guys who haven’t played much. It’s all about how well you play against another good playoff team.”The Pats closed out the regular season ranked ninth in total defense, ninth against the run and 10th in points allowed (19.7 ppg). New England’s 49 sacks this season ranked second in the league and that figure represents their highest total since Belichick took over as head coach in 2000.

Sacks-Chandler Jones-12.5Interceptions-Logan Ryan-4The Patriots limited their opponents to 20 points or less six times during the regular season and wildcard round while limiting the opposition to 10 points or less four times.
Older post
Newer post