NFL News and Rumors
If you’re an NFL betting enthusiast that is thinking about backing the New England Patriots to beat the Kansas City Chiefs in their AFC Divisional round pairing this coming weekend and you’re looking for reasons why the Pats are the right team to wager on, then you’ve come to the right place! Thanks to this expert betting analysis on New England’s NFL odds of taking out the Chiefs and take another step toward making consecutive Super Bowl appearances, you’re going to have a great idea of whether or not New England will win and cash in this coming weekend.

Why You Should Bet On The Patriots To Beat the Chiefs?

It doesn’t matter whether you love the Patriots or loathe them for their cheating ways, the fact of the matter is that the Pats can score the ball with the best teams in the league (as usual), mostly  because of their stellar fifth-ranked passing attack (286.7 ypg) and third-ranked scoring offense (29.1 ppg).Future Hall of Fame quarterback Tom Brady finished fourth in passer rating (102.2) and third in passing yards (4,770) and is the most accomplished passer in postseason history, having won an insane 72.4 percent of his postseason starts while compiling a consistent 21-8 record.The bad news is that the Patriots are still trying to get healthy with their receiving corps coming into this contest. While wide receiver Julian Edelman has been cleared to play against the Chiefs, he could be at less than 100 percent strength, along with still banged-up tight end Rob Gronkowski and veteran wideouts Danny Amendola and Brandon LaFell.If the Patriots aerial attack isn’t at its best, they’re going to have a tough time beating the Chiefs. If New England is close to firing on all cylinders with their passing attack, they’ll be that much better off.

While the Patriots don’t have any Pro Bowl players on defense, they do have an outstanding scheme that allows them to keep their opponents from scoring consistently while keeping them in almost every game.The Pats closed out the regular season ranked ninth in total defense, ninth against the run and 10th in points allowed (19.7 ppg). New England’s 49 sacks this season ranked second in the league and is their highest total since Belichick took over as head coach in 2000. 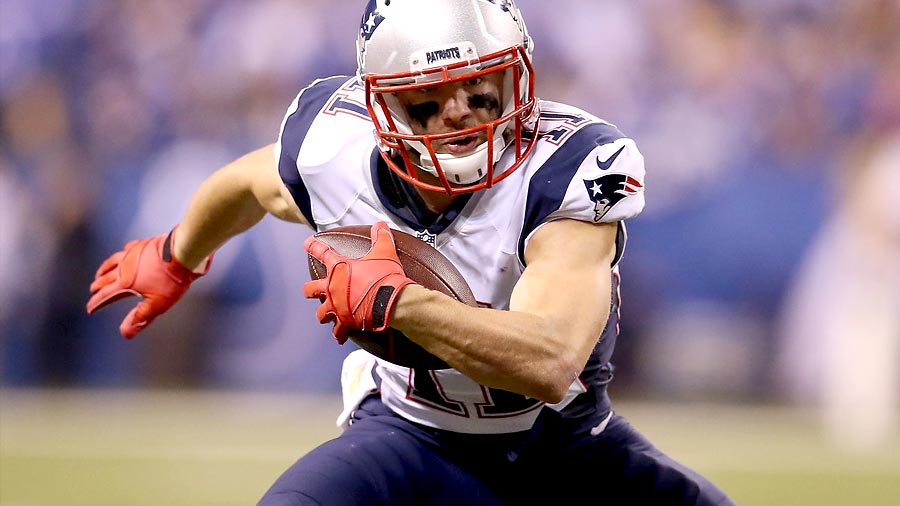 Unless they face the Denver Broncos, the Patriots will have home field advantage throughout the AFC playoffs and that’s a definite plus. New England has won four straight home playoff games while winning nine of their last 10 home dates overall and compiling a solid 5-2-3 ATS mark along the way.The Oats are an insane 18-2 SU over their last 20 home games and a bankroll-boosting 12-5-3 ATS during that stretch.

Once again, it really doesn’t matter whether you like Patriots’ head coach Bill Belichick or despise him with all you’ve got. The fact of the matter is that Belichick is the best head coach in the game today and will have the edge over any other coach he goes up against in the postseason, even Kansas City’s Andy Reid, though not by as much as you’d think.New England has gone 8-1 in divisional-round playoff games under Belichick when they get a first-round bye like they’ve had this year.
Older post
Newer post